Qualcomm announced today that they acquired Wilocity, one of the pioneers in 60 GHz WiGig technology. They also announced they would integrate this technology with their current WiFi offerings for use in devices like PCs and wireless routers and also integrate it into their Snapdragon 810 platform for use in phones, tablets, even TVs and displays. What I’d like to focus on is why this even matters to the industry and what it means for Qualcomm. A little background first.

Today’s WiFi operates at 2.4 and 5 GHz speeds providing a maximum physical data rate of 1.3 Gbps (giga-bits per second at the “PHY”). Actual throughput is around 25% lower, but this is what you would get if you bought a state of the art wireless “ac” router. WiGig, at 60 GHz, provides over 3X the rate of the best “ac” router’s silicon at 4.6 Gbps, 10X faster than the typical router installed today. Enhancements to WiGig will make it go even faster. OK, it’s faster, but why should care about a 3-10X speed increase?

One of the first problems WiGig technology can solve is “removing the wires”. The industry has done a pretty good job with wireless speakers, headsets, mice, printer, and keyboards, but a lousy job when it comes to wireless video.

There have been some really good interim attempts at wireless video solutions, but they always seemed to have drawbacks. Some had to be line of sight. Some were limited to low video resolutions. All of them had too much latency for decent gaming. In the office conference room, if you had to share a PowerPoint presentation, people spend the first 15 minutes figuring out how to connect one of the 5 (VGA/DVI/HDMI/DP/miniDP) different “dongles” to their notebook. 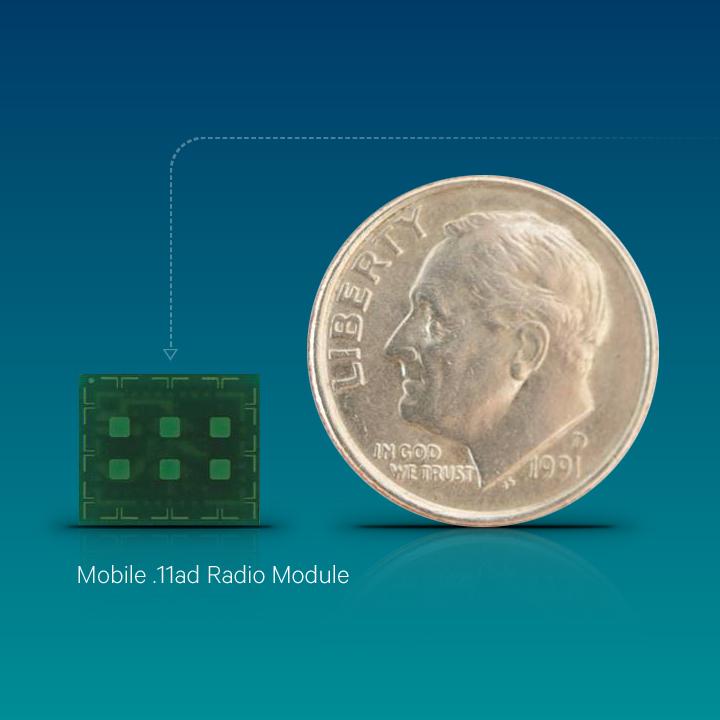 WiGig helps remove the video cable and nearly any other cable, for that matter. I’m looking forward to the day where I can walk into my office and drop my PC, tablet, or phone on my desk and I can start doing work right off that very device without plugging in any cables. Dell is already shipping a wireless dock based on Wilocity’s (now Qualcomm) silicon which is a really good first proof point of the value of WiGig. Users just need to lay down their Latitude laptop near the dock and they get wirelessly connected to the display, external storage, wired network, and even a wired printer via USB.

I had the chance to talk with Cisco’s Senior Vice President of Enterprise Networking Group, Sujai Hajela, who had some very interesting observations about their vision for the office of the future. He wants to remove even more wires on more devices, and make sure that’s done in a managed and secure manner for the enterprise. You see, with the ability to essentially share your device’s video stream with other WiGig devices, there is a chance, if not managed effectively, that you’ll be sharing information on the wrong display. This is certainly important in the conference room where you are presenting the quarterly financial results, but imagine when you are in, let’s say, a HIPAA- controlled environment in health care. You don’t want to be sharing the x-ray results with the guest room TV in the waiting area. As for that Cisco IP video phone? Who says that shouldn’t be wireless, too? Finally, in the enterprise, faster wireless is always better, unless there are counter-balanced down-sides. While 60 GHz doesn’t have the reach of  2.4 or 5 GHz,  it does provide the opportunity to lay less cable to every employees desk and rely instead on more wireless access points. And that’s a good thing for Cisco.

I have personally tried nearly every different kind of home wireless technology, even before WiFi. I’ve tried different flavors of wireless display, too, and also use Miracast, AirPlay, Chromecast and WiDi in my house today. But they all come up short for one reason or another. What I’m really excited with 60 GHz is the potential of ditching the myriad of HDMI cables, but what I’m most excited about is that this now translates to 4K video. Will I ever need to buy another 4K cable with WiGig around? Maybe not. This means that I could have 4K video on my phone, tablet, PC or Xbox and wirelessly sling it onto my 4K TV. It also means, for literally the first time, that a high definition, wireless gaming future is a reality. Anyone that has used wireless video tried it on games and was very disappointed with the lag. I personally can’t wait to get WiGig on all me devices.

I’d remiss to not mention the raw bandwidth improvements and its inherent and obvious benefits. It means workers can share a file quicker between their device and their colleagues. It means I can share that 4K video I captured with someone a whole lot quicker either over the cloud, or directly from my phone to my tablet or TV. While for many, the bottleneck today has been the speed of the internet, as the size of the files we want to share and internet bandwidth increases, the bottleneck would become WiFi. And that’s where 60 Ghz. comes into play….

Qualcomm has a vision of increasing bandwidth 1000x by a combination of increasing spectrum, putting small cells everywhere outside, and getting access to ad-hoc small cells inside homes and businesses. Qualcomm’s acquisition of Wilocity fits right into paying off the 1000x vision. Competitively, this also puts Qualcomm in the 60 Ghz drivers seat by an estimated 6 to 12 months. Wilocity is already shipping into Dell with high volume, end users products and the competition is not. The inclusion of 60 GHz into the high-end Snapdragon 810 will most likely make it “the” mobile standard for a while, too.

I have to say, I have been very impressed with Qualcomm’s moves in WiFi, particularly its multi-user MIMO play and I am as impressed with the acquisition as it was a hole before.

One thing I can say for sure is that with Qualcomm’s resources and reach into mobility and even into PCs, WiGig and 60 GHz just got the shot in the arm it needed to accelerate deployment.