Two weeks ago, the industry was abuzz with discussion about Meg Whitman’s Fox Business interview on September 13. There, she said HP must ultimately offer a smartphones. This set off a chain of new stories, some aghast that HP would be 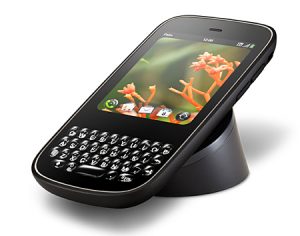 considering something like this given HP’s last foray in phones. Most of the ire stems from HP’s exit and dismantling of Palm and webOS last year versus a strategic analysis. Upon closer analysis though, this makes perfect, strategic sense for HP.

HP’s last foray in phones didn’t end pretty. In less 18 months, Palm and webOS was acquired by HP and then shuttered. In less than 60 days, the HP TouchPadwas launched then discontinued. There was nothing positive about how this ended for HP, Palm, webOS, retail partners, employees or its app ecosystem. At this point, none of this matters in the future and it really is time to move on. The discussion must start at the value of the smartphone.

I have been unapologetically bullish on where I see smartphones into the future. There is a credible scenariowhere the smartphone could take on most of our client computing roles. In this scenario, the smartphone is a modular device, which “beams” data to wireless displays and peripherals. Modular operating systems with modular development environments like Android and Windows will enable developers to write once and deploy to many different kind of form factors. Just imagine how much better this will be in five years. Even at IDF 2012, Intel showed this scenario in their WiGig video, albeit with a tablet, but there’s nothing to keep this from being a phone. I want to be clear that this (heavy modularity) will only happen if PC usage models stagnate to the point where they don’t need tremendously more compute performance or storage. If Intel is successful with their Perceptual Computing initiative, the probability of this scenario greatly decreases as the smartphonewon’t be able to deliver the required performance. HP then must develop a smartphone if they want to be in the future client hardware business. Meg Whitman also talked emerging markets.

Meg Whitman touched on this modularity potential when she talked emerging regions. She talked about how in some countries, the smartphone would be their first computing device and in some cases their only computing device, meaning they will never own a PC or tablet. The first point here is price. In many countries, people will only be able to afford one device, and that device will be a smartphone. Secondly, due to the modularity scenario described above, it will extend to other usage models, like desktop computing. I don’t think anyone can find fault in Meg Whitman’s logic. Let’s now look into enterprise.

Today, two of the biggest buzzwords is “BYOD” or the “consumerization of IT”. Don’t confuse this with the ability to get corporate mail on your iPhone. That’s not BYOD. BYOD is getting full enterprise network, application, security, and management access. That’s a lot different than mail, but many “experts” do confuse this very important point. Imagine how important this is in a healthcare, financial, government, or even any business that develops any kind of IP. You get the point. This is where HP could meet a need for a phone and enterprise management system for that phone, so it is managed just like an enterprise PC. Given HP’s enterprise focus, it makes perfect sense for HP to offer an enterprise-class smartphone with enterprise security, manageability, and deployment capabilities. Does this mean it will be an ugly brick? No. I’m speculating a bit, but I think it will be an attractive phone, but it will be durable enough to be dropped once without shattering the screen or glass backing. As its designed for durability, it will be waterproof, too. HP has an opportunity, the one opportunity that RIM and BlackBerry missed, and that’s an enterprise phone.

There are many strategic reasons for HP to offer a smartphone that are very logical, given the enterprise and emerging region needs explored above. Given HP’s enterprise focus and experience in managed client devices, they have a lot of value to add, too. Add that to the modularity scenario and it essentially would make HP look crazy not to get back into smartphones. I outlined here that PC makers cannot run away from smartphones, so I am very happy to see HP getting back in. As for execution? While fresh in the industry’s mind, I think it’s time for all of us to get beyond webOS and give HP another shot.