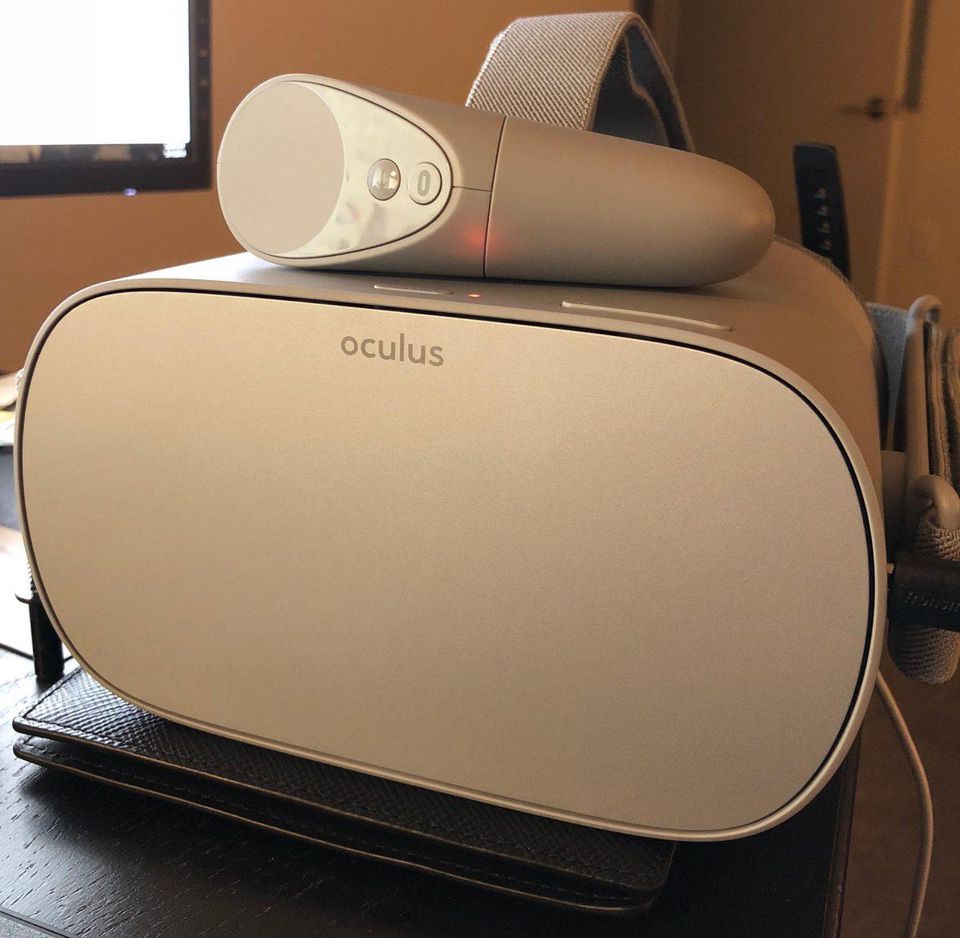 People have been heralding VR as the future of computing for a while now, and the industry has spent a lot of time and money trying to realize that vision. However, the early iterations of VR fell short of people’s expectations in one way or another—either the VR headset was too expensive or the computer to run it was too expensive and/or hard to configure. The smartphone’s mobility and compactness made it an attractive candidate for VR, but the thermal design of these phones isn’t sufficient to run VR for more than a few minutes at a time. The future, in my opinion, lies in the promise of standalone VR.

Naturally, standalone VR must be as portable and user-friendly as a smartphone, while matching the performance of a PC. One of the greatest challenges that the platform faces is accomplishing all of this while also being affordable. Of all the companies in the field, I believe Facebook’s Oculus has come the closest with the new Oculus Go.

Taking Oculus Go for a spin

The Oculus Go takes all the learnings from the original DK1, DK2, CV1 and Gear VR versions, and puts them into a $199 headset. I’ve spent quite a bit of time with the Oculus Go since the product’s launch, carrying it literally around the world with me. The Oculus Go isn’t quite small enough to comfortably fit in my backpack with all my usual devices—laptops (plural) and headphones (plural)—but I think it would be totally doable for most people. To keep the Oculus Go charged, you’ll still need to carry around a microUSB cable—a dying standard in my opinion. I’m sure Oculus weighed this decision and opted for microUSB due to cost and target audience, but I still think Type-C would have given the Oculus Go more longevity and compatibility with future devices.

A lot of people have said that the Oculus Go reminds them of the Google Daydream headset from an overall design standpoint, but personally I think it looks more like a snorkeling mask. While this doesn’t necessarily sound like a compliment, it is by no means hideous or poorly designed. In fact, I think it’s a marvel of engineering—especially when you consider how much has been fit into such a small device, at the reasonable price of $199. The compute is integrated into the headset and the heat dissipates through the front—meaning that the hottest part of the headset is also the furthest away from the user’s face.

The Oculus Go delivers a solid 3DoF experience, and I’ve been impressed by the graphics and head-tracking capabilities of the device. All of this, with only a Qualcomm Snapdragon 821 inside—the same processor as the original Google Pixel phone and first Google Daydream. From my experience, the Oculus Go blows all smartphone-based slot-in VR solutions out of the water, even though it has the same processor and doesn’t have an OLED display.

One of the things that impressed me the most about the Oculus Go was its audio quality. I was particularly floored by the quality of voice communications over apps like Oculus Rooms—so much that I could see someone easily holding a meeting in VR. The Oculus Go sports a headphone jack, if you prefer wired headphones or earbuds to the integrated audio. I have a feeling that Bluetooth headphones may be supported in the future, but for now, Bluetooth is only being used for connecting the controller to the headset.

I believe we will always have multi-tiered VR offerings like we do with smartphone and PCs today. Furthermore, I think we will always have an Oculus Go tier of VR devices, at or around $199, that make VR more accessible and easier to use (with the ability to leverage smartphones as a supplemental device). With these lower-tier VR headsets, the key is nailing the simple things: head tracking, controller latency, image quality, and above all, performance. Oculus Go does a magnificent job with all these things, which is what makes it such a great headset for social experiences and media such as like 360 videos, VR180 stereoscopic content, and simple games. I could also see Oculus Go becoming a useful classroom tool, with its ease of use, relatively small size, and low cost.

I believe that 2019 will be the year when we start to see consumer VR really surge. For this success to be realized, it’s incredibly important for consumers to experience good VR. In my book, the Oculus Go is the baseline for good VR. Anything below the Oculus Go just isn’t going to yield a good enough user experience to make people want to come back again. Oculus and Facebook have proven that they are willing to lead the market and take the rest of the industry with them. Between Oculus Go and Oculus Rift users, they are building a strong user base that I believe will only help solidify the importance of social interactions in VR. At GDC, Facebook and Oculus showed off Anshar VR and Settlers of Catan VR being played cross-platform between Rift and Go users. I believe this was to demonstrate to developers how the company intends to unify the user bases into an even larger pool rather than fragment them.

It was very smart of Facebook and Oculus to launch the Oculus Go this far in advance of the holiday season—it should give them plenty of time to work out the kinks if there are any. It also gives them and their developers more time to create compelling applications for the headset. If Facebook and Oculus can get Epic’s Fortnite to run on the Oculus Go, I doubt they’ll be able to keep the headsets in stock—even if they manufacture 1 million a month. With the right content, we could easily see the Oculus Go sell as well as or better than the Switch did last year. Even without a ‘killer’ app for the Oculus Go, I believe that the $199 price is compelling enough that people will be willing to take a chance and buy it. Nowadays, $199 is pretty much cheaper than any game console or smartphone and is an easier sell on that premise alone. The next phase of consumer VR has arrived, and its name is Oculus Go.