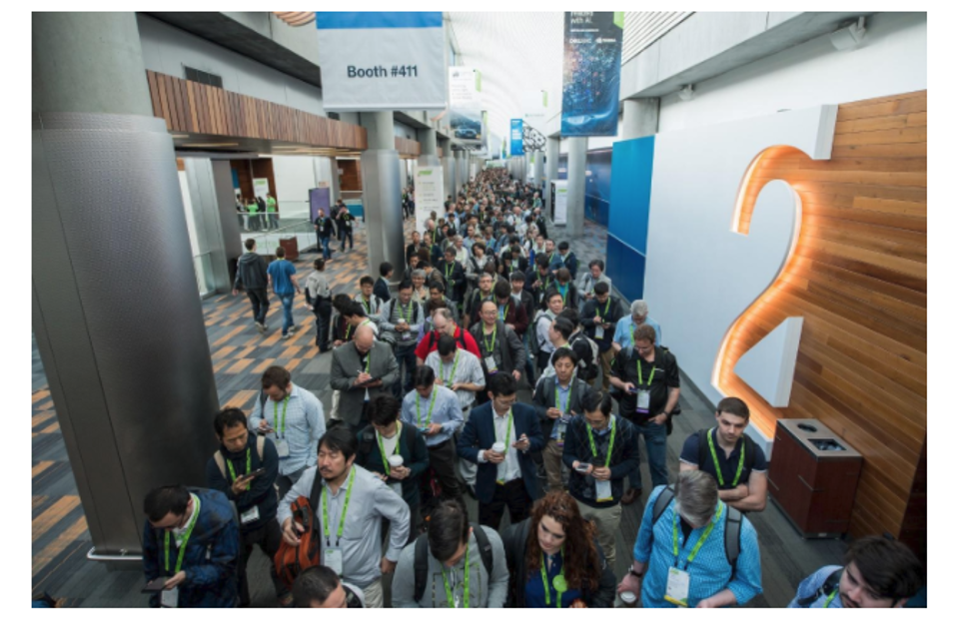 Every year, NVIDIA holds a series of GPU Technology Conferences, commonly referred to as GTC and gets kicked off with a big event in San Jose and is followed up by regional eventsin places like Beijing, Munich, Tel Aviv, Taipei, Washington DC, and Tokyo.

If you or your company is involved or interested in AI and ML, GTC is the place to be whether you are a developer, a data scientist or a business person. This year, NVIDIA says GTC features more than 500 hours of scientists, researchers, and developers from leading institutions sharing their work — not just NVIDIA presenters. It also includes leading AI thinkers from Google, Amazon.com, Facebook, Baidu, Tencent Holdings, Alibaba, Microsoft, IBM Watson and many more companies both large enterprises and the most innovative start-ups.

When GTC kicks off this year on March 26, NVIDIA says it should grow to over 8,000 attendees, up from 2,400 in 2012. A lot of this growth is coming from the increased demand for GPUs in the data center and high-performance computing. However, the most significant and recent growth has come from machine learning and artificial intelligence training, and this is GTC 2018’s priority topic.

GTC all about GPUs and CUDA

At the core of all of the GTC activities are NVIDIA GPUs and the CUDA SDK that helps researchers, enterprises, and others to maximize the processing potential of their GPUs. Without CUDA, it is all just hardware that looks green and pretty. GTC is fundamentally about enabling the developers that utilize the NVIDIA CUDA SDK to connect with one another and others in the ecosystem to advance their learning and skills. In fact, NVIDIA has reported that they now have over 750,000 developers using CUDA which is up more than 200,000 since GTC 2017 in May of 2017. That much growth in developers has translated to over 3 million downloads of the CUDA SDK which is up from 1 million in 2016, a pretty good indicator of how much growth they have seen in just 2017 alone.

NVIDIA’s GTC targets data scientists, developers, and researchers in various fields that can benefit from GPU accelerated computing. This is a developer conference with the ability to specialize in particular interest areas, including AI and machine learning. The conference itself allows attendees to connect with one each other, learn and train with workshops, as well as discover and innovate. 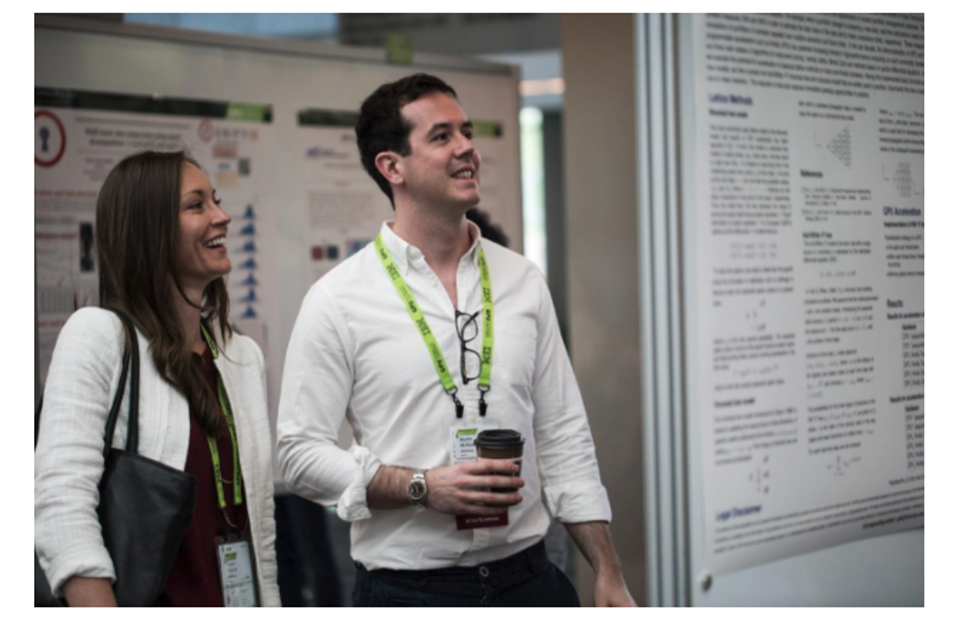 GPU research boards are one expression of the work to drive GPUs beyond their current limits.

All these elements make it a very high-quality developer conference, and it seems like NVIDIA wants to keep it this way by sticking to the same recipe as years past. Even so, the focus will strengthen even more towards AI, with 75% of the talks incorporating AI, compared to only 60% last year. There will also be talks about VR, real-time graphics, and gaming, with AI taking a more prominent role in gaming and graphics than ever before.

Speakers a “who’s who” in ML
The speakers scheduled to speak at GTC 2018 are also a who’s who of industry leaders led by NVIDIA’s CEO Jensen Huang. He is joined by automotive speakers coming from BMW, Toyota, and Cognata, reaffirming NVIDIA’s commitment and leadership position in autonomous vehicles. NVIDIA also has speakers coming from three major National Labs including Sandia, Oak Ridge, and Lawrence Livermore. University speakers are a usual staple at GTC and this year was no different with speakers coming from the University of Toronto and UC Berkeley. NVIDIA’s ecosystem of partners from companies like Microsoft, IBM and Facebook will also contribute to an all-star speaker profile. I personally attend or watch at least 40 shows a year, and I must say, you rarely get these companies on the same stage at the same show. 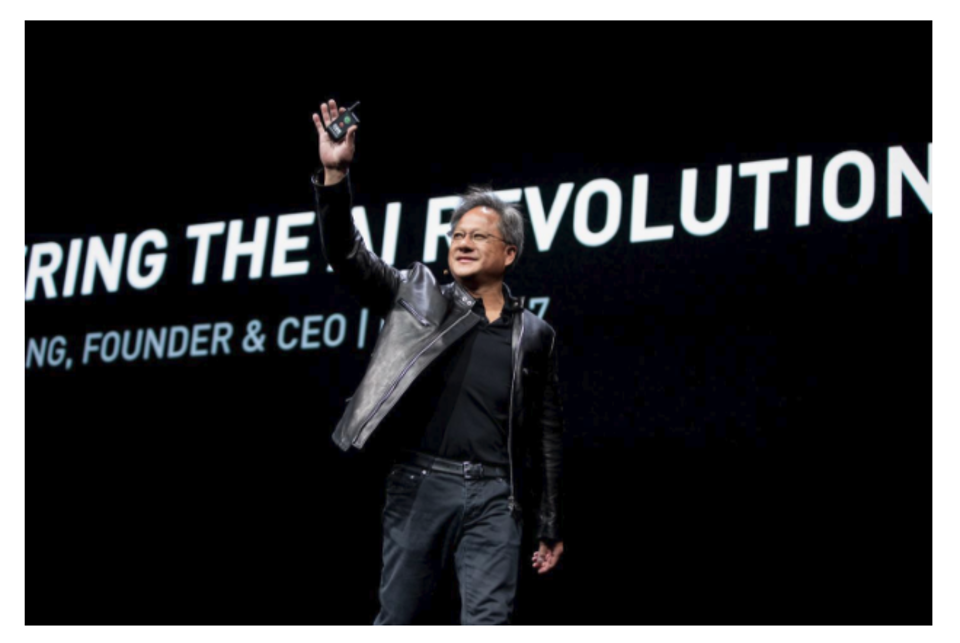 In addition to the big-time speakers, NVIDIA also has a ton of sponsors and exhibitors that include the big web and AI giants like Facebook, Google, and Amazon. NVIDIA GTC 2018 also has infrastructure giants like IBM, HP Inc., Cisco Systems, Dell EMC, Hewlett Packard Enterprise, Pure Storage Inc, Inspur and Cray exhibiting as well. Even ODM and component suppliers like ASUS, Supermicro, MSI, Hynix, PNY, Abaco and Exxact are part of the exhibition. You can often glean a lot from sponsors of a show, and you can get here at GTC. How many shows do you know sponsored by Google, Facebook, and Microsoft?

This year’s GTC 2018 looks like it will be bigger and better than ever before. We can probably expect to see some big announcements from NVIDIA and their partners as we do every year, but ultimately the story is around the developers and researchers attending. NVIDIA is doubling down on artificial intelligence and machine learning with GTC 2018 with the show nearing critical mass on those topics. It is no surprise when you think about how synonymous NVIDIA is with training AI and neural networks. This show looks like it will be a big one and lots of very knowledgeable people will be in attendance either giving talks to socializing with one another.

GTC 2018 will once again kick off a significant series of events thrown by NVIDIA that will help to reinforce NVIDIA’s leadership in AI and ML as well as bring the community together and accelerate learning. I am looking forward to attending GTC 2018 as are Moor Insights & Strategy analysts Anshel Sag and Karl Freund and hope to see you there.