I have been an advocate of modularity before it became popular to do so. The theory seems straight-forward to me, in that if the capabilities of a smartphone were outpacing the usage model drivers of a rich client PC, then consumers someday could use their own smartphone as a PC.  Large displays, keyboards and mice still exist in this usage model, but the primary intelligence is in the smartphone then combined with wireless peripherals.  At this year’s Mobile World Congress, NVIDIA took us one step closer to this reality with their partners and the formal announcement of Tegra 3 based smartphones.

Tegra 3 is NVIDIA’s latest and greatest SOC for smartphones, “superphones“,  and tablets.  It has four ARM A9- based high performance, 1.5 GHz cores and one “battery saver” core that operates when the lowest power is required.  The fifth core comes in handy when the system is idling or when the phone is checking for messages.  Tegra 3 also includes a very high performance graphics subsystem for games and watching HD video, much more powerful than Qualcomm’s current Adreno 2XX hardware and software implementation.

NVIDIA announced five major Tegra 3 designs at Mobile World Congress; the HTC One X, LG Optimus 4X HD, ZTE Era, Fujitsu’s “ultra high spec smartphone” and the K-Touch Treasure V8.  These wins were in what NVIDIA coins as “superphones” as they have the largest screens, the highest resolutions, the best audio, etc.  You get the idea.  For example, the HTC One X sports a 4.7″ 720P HD display, the latest Android 4.0 OS, Beats audio, NFC (Near Field Communication), and its own image processor with a 28mm lens to take great pictures at extremely low light.  You get the idea.

There is a lot of goodness in the package, but that doesn’t remove the challenge of communicating the benefits of four cores on a 5 inch screen device.

As I wrote previously, NVIDIA needs to overcome the challenge of leveraging four cores beyond the spec on the retail tear 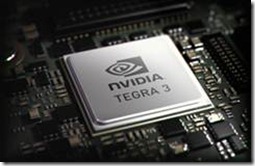 pad.  It’s a two part challenge, the first to actually make sure there is a real benefit, then to articulately and simply communicate that.  These are similar challenges PC manufacturers had to deal with.  The difference is that PC makers had 20 years of dual socket machines to establish an ecosystem and a messaging system.  Quad core tablets are an easier challenge and quad core convertibles are even easier in that you can readily spot places where 4 cores matter like web browsing and multitasking. Smartphones is a different situation in that due to screen size limitations, multitab browsing and multitasking rarely pegs a phone to its limits.  One major exception is in a modular environment where NVIDIA shines the most.

Tegra 3 Shines the Most in Modular Usage Models

NVIDIA has done a much better job showing the vision of modularity but its partners could do a better job actually delivering it.  On the positive side, partners are showing some levels of modularity. HTC just announced the HTC Link for the HTC One X, software and hardware solution that plugs into an HDTV where you can wirelessly mirror what is on the phone’s display.  It’s like Apple’s AirPlay but better in some ways like being able to project a video on the large display and do something different on the phone display, like surfing the web.  Details are a bit sketchy specifically for the HTC One X and HTC Link, but I am hopeful they will roll out some useful modular features in the future for usage models. Apple already supports wireless mirroring supporting games so in this way, HTC Link is behind.

What NVIDIA Tegra 3 Should Do

What NVIDIA’s partners need to create is a game console and digital media adapter solution that eliminates the need to buy an XBOX, PlayStation, Wii, Roku, or Apple TV.  The partners then need to attack that.  All of the base 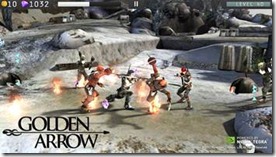 software and hardware is already there and what HTC, ZTE, or LG needs to do now is package it to make it more convenient for gaming. This Tegra 3 “phone-console” should have a simple base near the TV providing it power, wired LAN, HDMI, and USB.  This way, someone could connect a wireless game controller and play games like the recently announced Tegra 3 optimized games in great resolutions with rich audio. The user would have the ability to send phone calls to voice mail or even to a Bluetooth headset.  Notifications can be muted if desired as well.  And of course, if you want to watch Netflix, Hulu, or Amazon movies it’s all there, too.  The alternative to this scenario is for a Wi-Fi Direct implementation that doesn’t require a base where the user can utilize the phone as a multi-axis game controller with force feedback.  The challenge here is battery life but the user can pause the game or movie and pick up phone calls and messages. This usage model isn’t for everyone, but think for a moment about a teenager or college bound guy who loves gaming, wants a cool phone, and doesn’t have the cash to buy everything.  You know the type.

Other types of modularity that NVIDIA’s partners must develop are around productivity, where the phone drives a laptop shell, similar to Motorola’s Lapdock implementations as I analyzed here. Neither the software, hardware, or price made the Lapdock a good solution, but many of the technologies now exist to change that.  NVIDIA’s Tegra 3 would be a great start in that it enables real multitasking when using the Lapdock in clamshell PC mode.  Android 4.0 provides a much more modular computing environment to properly display applications on a 5″ and 11″ display including scaling the fonts and reorienting windows.  The Motorola Lapdock used two environments, one Android Gingerbread a a different one for PC mode.  Unsurprisingly, it was a good start but very rough one too, with room to improve.

NVIDIA with its Tegra 3 solution is clearly the current silicon leader to support future modular use cases.  They are ahead of the pack with their modularity vision, patiently waiting for their partners to catch up.  This was the most evident at CES where NVIDIA showed an ASUS Transformer Prime connected to an XBOX controller and an HDTV playing high quality games. They also demoed the Prime playing high end PC games through remote desktop. Now that is different.

The opportunity for HTC, ZTE, LG and potentially new customers like Sony, RIM, and Nokia is there, and the only question remains is if they see the future well enough to capitalize on it.  With all the complaints from handset vendors on differentiation and profitability with Android, I continue to be puzzled by their lack of aggression.  An aggressive handset maker will jump on this opportunity in the next two years and make a lot of money doing in the process.