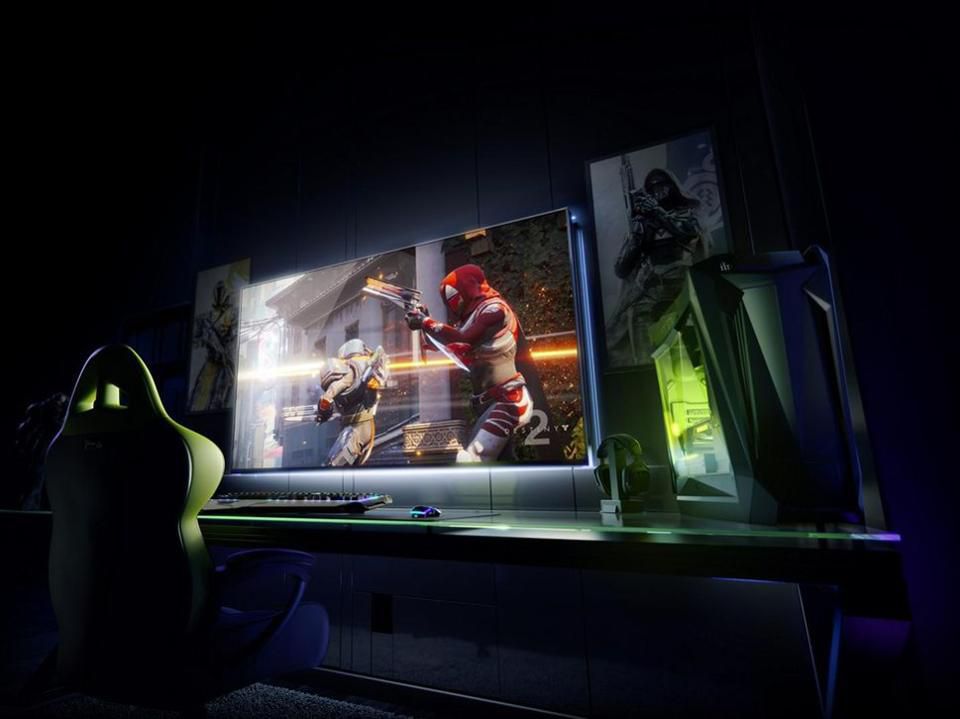 When I first saw that NVIDIA was making a “BFGD”, I thought that they were going to be making something for Doom. However, these BFGDs are a short name for Big Format Gaming Displays. While new displays are usually not that exciting, NVIDIA has succeeded in making things interesting with their BFGDs. NVIDIA has been innovating in displays ever since they introduced 3D Vision which brought 3D to PC gaming in a meaningful way. However, that was not as successful as their current G-Sync technology which I use on a nearly daily basis as a PC gamer. Traditionally, G-Sync was limited to displays traditionally used for gaming which are smaller monitors no bigger than 35” with some curved ultra-wide displays. That changes today.

NVIDIA’s new BFGDs is a partnership with the biggest leading PC manufacturers in the world with NVIDIA supplying the display technologies and software and the PC manufacturers making the complete displays. At the heart of the BFGD is NVIDIA’s G-Sync HDR technology which enables HDR on these 4K 120 Hz displays. That means being able to play games on a 4K 65” TV without any tearing or loss of detail or color, which is something that wasn’t possible before the introduction of BFGDs. The amazing part is that these displays are 4K HDR with 1000-nit brightness and DCI-P3 color accuracy, both of which are needed for HDR.

These BFGDs are capable of streaming as well, thanks to the integration of NVIDIA’s SHIELD Android TV into the display itself. Having NVIDIA SHIELD integrated means being able to easily and quickly switch between entertainment and media consumption and gaming. Because these BFGDs have an NVIDIA SHIELD inside of them, they also have Google Assistant built-in as well, which can be great for anyone like me that’s heavily invested in the Google Home ecosystem with speakers and other devices.

NVIDIA is working with three leading PC manufacturers, specifically Acer, ASUS and HP on these new BFGDs. All three companies have been very aggressive in enabling NVIDIA’s G-Sync technology in their displays up until this point, so it isn’t much of a surprise that they would adopt NVIDIA’s latest BFGD technology with G-Sync and SHIELD Android TV into their displays. NVIDIA is not saying how much these will cost, but they will be available for demo at NVIDIA’s gaming suite and ASUS’ ROG showcase room as well as HP’s booths at CES. Expected general availability is as soon as this summer, which is when we will get more pricing and specification details.
G-Sync has been one of NVIDIA’s strongest experience improving technologies, and while it may be a proprietary technology as opposed to AMD’s FreeSync, it still delivers a great experience. I am not sure how much these displays will cost, but I expect that they will carry a significant premium over today’s 4K HDR displays because of the true 120 Hz refresh rate, variable refresh panel, NVIDIA SHIELD technology and G-Sync capability. There’s no real ballpark here, but I would be shocked to see these under $1000 and would probably expect to see them closer to $2000 when you see that today’s current curved 35” G-Sync displays are already $1300. These BFGDs feel like the new pinnacle standard for ‘best gaming display’ when you don’t care how much it’ll cost, much like the 30” Dell monitors of many years ago.