When Intel released their first Ultrabook specification, one of the first component implications I thought of were the impact 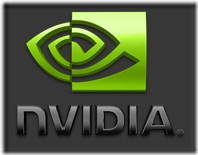 to discrete graphics.  My thought process was simple; based on the Intel specifications for battery life, weight and thickness, designing-in discrete graphics that were additive to Intel’s own graphics would be difficult, but not impossible. By additive, I mean really making a demonstrable difference to the experience versus just a spec bump.  While I respect OEMs need to add discrete graphics for line logic and perception, sometimes it doesn’t make an experiential difference.  This is why I was so surprised and pleased to see NVIDIA’s latest discrete graphics solutions inside Ultrabooks. NVIDIA’s new GPUs based on the “Kepler” architecture not only provide an OEM differentiator, but they also provide a demonstrable, experiential bump to games and video.

Today’s field of Ultrabooks is impressive but lack a sense of differentiated hardware specification and usage models. I deeply respect differentiation in design as I point out in my assessment of the Dell XPS 13, but on the whole, I can do very similar things and run very similar apps with the current top crop of Ultrabooks.

Of these specifications, the level of the Intel Core CPU primarily determines the differential in what a user can actually do with their Ultrabook.  As Ultrabooks have matured a full cycle, differentiating with graphics makes a lot of sense, particularly in the consumer space.

Today, NVIDIA launched the first of their latest and greatest GeForce 600M graphics family, the GeForce GT 640M. This GPU features a new architecture code-named “Kepler” which is destined for desktops, notebooks, Ultrabooks, and workstations.  Designed to be incredibly powerful and efficient and created on TSMC’s lower-power HP 28nm process, test results I’ve seen show these new GPUs deliver twice the performance per watt of the prior generation.  Anandtech has thoroughly reviewed the desktop variant, the NVIDIA GeForce GTX 680, and have given NVIDIA the single card graphics performance crown. 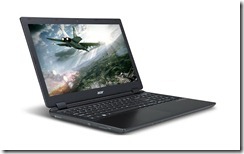 With the NVIDIA GeForce GT 640M, users can now get the new graphics and the Ultrabook benefits of thin, light, responsive and great battery life. Consumers can actually buy this capability today in Acer’s new Timeline Ultra M3.  The M3 can play all the greatest game titles like Battlefield 3 at Ultra settings, is only 20mm thin and gets 8 hours of battery life.  NVIDIA suggests that this new combination of Ultrabook and Kepler-based graphics equates to the “World’s First True Ultrabook”. I need to test this for myself, but they have a point here given that it provides between a 2X and 10x bump in the most demand gaming titles over the Intel HD graphics.

How NVIDIA’s Kepler-based GPU fits in an Ultrabook

As I said earlier, when I saw the Ultrabook specification, I thought it would be very difficult to get decent discrete graphics into an Ultrabook. My concerns were around power draw to achieve minimum battery requirements and chassis height in 13 and 14″ form factors to include a proper cooling solution.

Between NVIDIA and their OEMs, many different factors played into enabling this capability:

I was correct earlier in that this was very challenging and between NVIDIA and its OEMs. It’s clear they stepped up and made it happen.

Having NVIDIA’s new high performance graphics inside Ultrabooks is good for the entire ecosystem of consumers, channel partners, OEMs, ODMs, game ISVs and of course, NVIDIA:

And, of course, NVIDIA has a big potential win here, too.  According to GFK, over the past two quarters NVIDIA has picked up nearly 10 points of market share inside Intel-based notebooks. NVIDIA’s Kepler only enables them to further increase this share, particularly with Intel Ivy Bridge-based Ultrabooks.  AMD hasn’t yet played their full mobile cards yet, but given AMD’s known GCN architecture and TSMC’s 28nm; they have limited weapons to pull out of their 2012 arsenal in Ultrabooks. The graphics world is a very dynamic market, so you never can be certain what each player is holding back.  AMD held the discrete graphics leadership position for a while, but 2012 looks very good for NVIDIA.