As in all markets, the tablet market is starting to mature. For the first time ever, year on year growth declined, albeit due to phablet penetration, but also because of maturity. With market maturity comes specialization, and frankly I’m shocked there isn’t more consumer tablet diversity out there already. The biggest diversity so far has come in the form of vertical enclosures for restaurants, jackets in health care, and ruggedized cases for construction workers. Nvidia, with the SHIELD tablet, is delivering the first consumer tablet optimized for games in its design, integration, software, and peripherals. Nvidia made a few tradeoffs to hit the $299 price point, but as in life, that’s just a reality.

Gaming performance should be really good

While good gaming performance doesn’t always equal the best experience, it is a really big factor. Although the SHIELD tablet hasn’t been benchmarked by reviewers yet, I do expect it to perform very well based on another benchmarked tablet that uses Nvidia’s Tegra K1. The Xiaomi Mi Pad 7.9 with the Tegra K1 surfaced over on PC Perspective and it shows some very impressive performance compared with many of today’s best-selling 7-8” tablets. At its best, the Mi Pad performed orders of magnitude better on most gaming benchmarks. The current crop of benchmarks don’t even necessarily test the most advance standards like DX12 and tessellation that the mobile Kepler GPU supports and I’m really interested to see how it does. 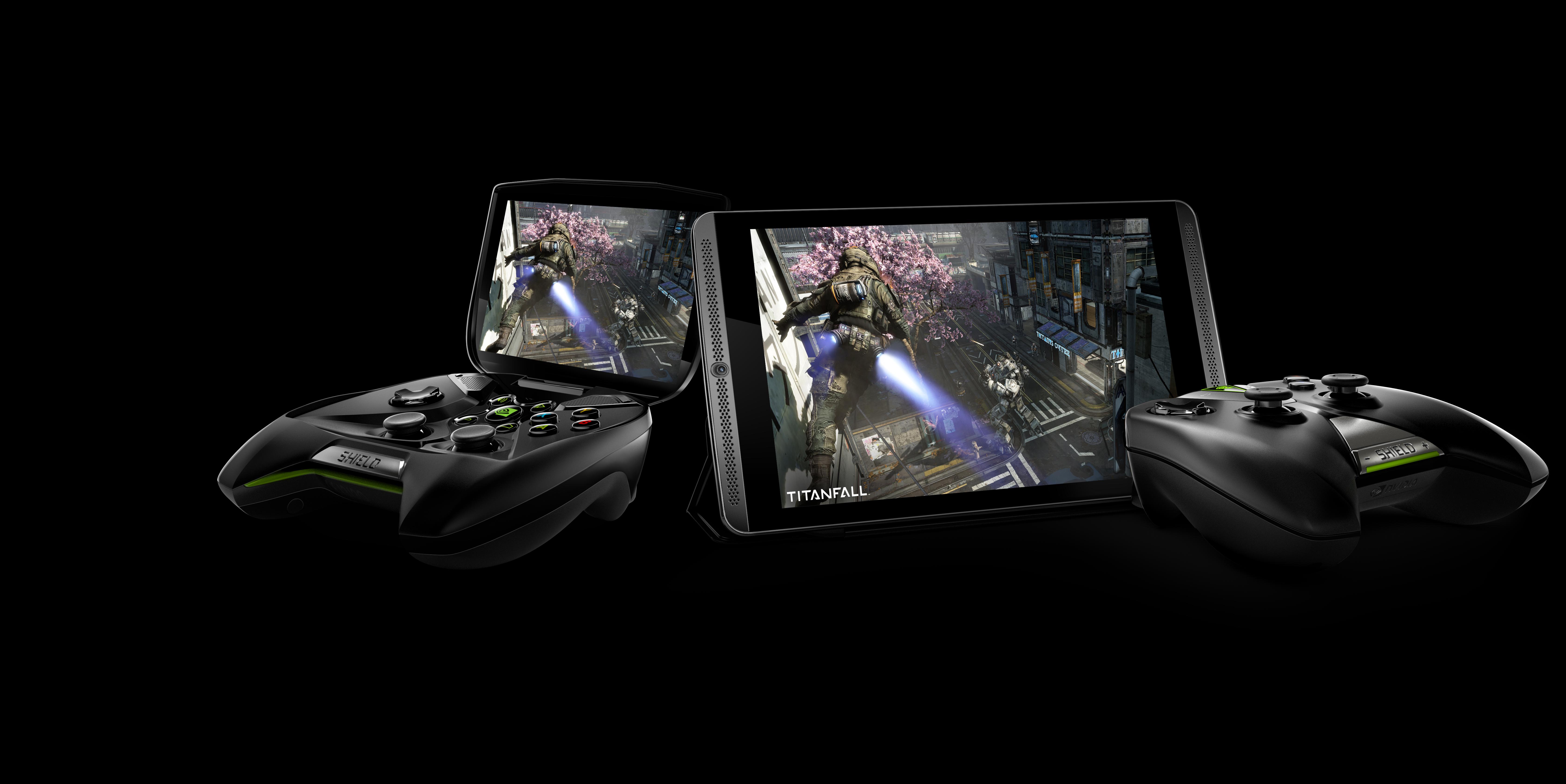 If you’re focused on maximizing a specific use case, you’re going to have to make some hardware decisions. One I really like are the front-facing, dual bass reflex speakers, but I’m sure comes at the expense of size. The SHIELD tablet is small, but the iPad Air is smaller. Another feature I like is support for a 128GB microSD card, given the sheer monstrous size of some of the best Android games, but, again, adds to size. Nvidia also added a 5MP front camera which is optimized for game-casting like Twitch. Most tablet have a 2MP front camera.

The cover is nice, too, as it doubles as a display stand when using with the SHIELD controller.

At $299, Nvidia couldn’t maximize everything. Nvidia supports a 1900 x 1200 display and 4K “out” but not a 4K display. A 4K display would add immense cost and drive it to $499. Nvidia chose price point over maximum display resolution and leaned into the fact that most people have 1080P TVs and that most games today are written to 1080P or 720P. The same goes for WiFi “n” and a 5MP rear camera. MIMO AC and a 13MP rear camera would have been great, but like I said, trade-offs had to be made somewhere to hit a $299 price point.

SHIELD tablet enables users to play games in nearly any way possible. It’s kind of like the “Green Eggs and Ham” or Swiss Army Knife of gaming.

It should be a decent everyday tablet, too

OK, so you hopefully understand that the SHIELD tablet should be a really good $299 gaming tablet. It should also be a decent everyday tablet, too, in that that does most all the things you’d expect in a tablet outside from gaming. This is different from the SHIELD portable that stood on its “game” alone.

The web browsing experience should be good based on CPU performance benchmarks on the Mi as they are shown to be competitive with the best processors out there today. Outside of the web, I’ll wait for the SHIELD tablet reviews.

The SHIELD tablet also comes with the second generation of stylus, called DirectStylus 2, and if it works as well as the stylus in the Tegra NOTE 7, users should be happy, and also very happy that it supports Evernote, too.

SKUs will also support many flavors of LTE, HSPA+, 3G, 2G, GSM and EDGE on bands that AT&T and T-Mobile use in the U.S., but carrier certifications were not announced. Devices ship unlocked, and you’ll want to check with your carrier to see what data rates you will get.

As for battery life? Nvidia is saying 10 hours on video playback. I’m interested in seeing more battery life on web browsing and even on specific games as this is a gaming tablet.

So will it sell?

At $299, I think PC gamers will find the SHIELD tablet appealing while Nvidia has the gaming benchmark lead or close to it, but only if they know about it and can easily buy it. For the U.S., I think Nvidia has the right e-tailers in place (Amazon, BestBuy.com and NewEgg), but they’ll need to invest in real brick and mortar retail to build increased awareness. While gamers may not buy at brick and mortar, they will want to touch one, and don’t forget SHIELD tablets as gifts from friends and family.

Think about this. Of the 100M self-proclaimed “gamers,” how many of them want a 7-8” tablet? It seems to me that if gamers perceive the SHIELD tablet as a superior gaming tablet with minimal downsides, they will be attracted to it.

What’s next for the SHIELD family?

While Nvidia hasn’t indicated this yet, I fully expect Nvidia to launch an Android-based gaming console, likely around the new “Android TV” platform Google announced at IO. Rumors were strong that Nvidia won the latest Nexus tablet and Nvidia appeared to be very close to Google at IO receiving lots of citations, and my hunch is that we’ll see a SHIELD console as soon as Google gets its ecosystem act together.