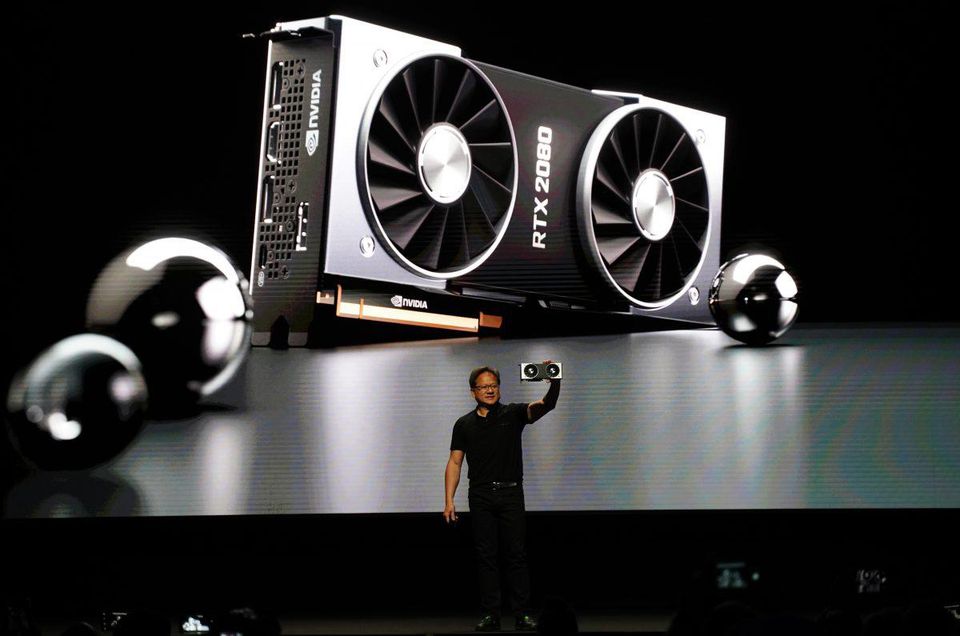 This week, after much speculation, NVIDIA  unveiled its new GeForce RTX series at the 2018 Gamescom conference I personally attended in Germany. This series marks a significant departure from the company’s previous architectures and implements multiple new types of processing cores to further accelerate graphics processing and in new ways. Here’s my take on the announcement.

The RTX Series is comprised of three initial iterations: the RTX 2080 Ti, RTX 2080 and RTX 2070. This series brings a multitude of accelerators to the single chip we call a GPU. In the past, NVIDIA’s GPUs were built around the company’s CUDA cores, which help to compute graphics and other parallel operations. The RTX series introduces two new types of cores in addition to CUDA: Tensor Cores and Ray Tracing Cores. These add a significant amount of complexity to an already quite complex chip. To get an appreciation for the size and complexity NVIDIA says that its biggest Turing-based RTX 2080 Ti features almost 18 billion transistors.

NVIDIA is claiming some very high-performance improvements over the previous generation for ray tracing, and is using a new metric for measuring a graphics card’s performance—Gigarays per second. Ultimately, NVIDIA will have to get developers to take advantage of the RT Cores and Tensor Cores in order for these performance benefits to be fully realized. I believe that the RT cores will actually take some time to implement across volumes of titles, aside from easy implementations like global illumination. I think developers will be much more aggressive in utilizing the Tensor Cores for a multitude of high-performance AI features. NVIDIA is already using its Tensor Cores for new features like (Deep Learning Super Sampling) DLSS, an intelligent super sampling feature that is designed to compete with AA but at a much higher frame rate and at comparable image quality. The demo NVIDIA showed us at the Gamescom event looked good, but it will still require serious developer engagement and could likely the use of GeForce Experience to download the right models for good inferencing.

The quest for real-time ray tracing

Fundamentally, for NVIDIA to accomplish its crowning promise of real-time ray tracing with the RTX series, both the RT Cores and Tensor Cores need to be operating in tandem. NVIDIA has built Turing around the concept of enabling real-time ray tracing, which it is technically doing but with limited features. NVIDIA’s real-time ray tracing adopts a hybrid rendering approach that combines rasterization with ray tracing to result in the best looking and fastest rendered image. Fully ray tracing the entire scene would likely still be too computationally expensive to do in real-time on a single GPU.

As I’ve written previously, I believe that NVIDIA’s approach of enabling hybrid rendering with ray tracing is going to move us towards a more photorealistic world. Furthermore, I think NVIDIA realizes that the future is going to be even more graphically powered than it is today. With the growth of augmented reality, virtual reality, and the rest of the XR spectrum, we’re seeing more complex and high-resolution displays and detailed 3D models. NVIDIA’s RTX series is perhaps ahead of its time, but that hasn’t stopped NVIDIA in the past. Just look at technologies like CUDA and the GPU which fundamentally changed high-performance computing. I believe that NVIDIA’s inclusion of RT Cores and Tensor Cores has the potential to be equally transformative.

Since ray tracing support is going to be limited and hard to benchmark at first, I suspect people will gravitate towards traditional gaming performance. In this area, NVIDIA is claiming a 1.5-2x improvement over the GeForce GTX 1080 from 2 years ago, depending on whether or not DLSS is enabled or not which is probably a best-case scenario for now. This is impressive on its own, but the new Tensor and RT Cores should bring the big numbers that NVIDIA is promising. If there’s a company that can get developers to implement these complex features, it’s NVIDIA. That being said, I don’t believe it will be a quick process—particularly with the RT cores.

The RTX 2080 Ti Founder’s Edition will sell for $1,200 but will drop down to $999 after the initial launch. The RTX 2080 will sell initially sell for $799, and then drop down to $699. Both these cards will be available September 20th. The RTX 2070 is expected a little later in October and will carry a Founder’s Edition price of $599 that will eventually settle to $499 with third-party vendors’ models when those become available. NVIDIA’s prices typically start off high but come down closer to the originally stated MSRP in time. There are always factors that could prevent price normalization—for example, if another crypto boom happens. We just want to be realistic about pricing, which isn’t too far outside expectations when you consider NVIDIA’s market position and the performance that these cards are expected to deliver.

NVIDIA is taking a pretty significant risk implementing two new core technologies at the same time. With NVIDIA’s dominant market position, the company could have simply coasted along and made architectural improvements. What gets lost in a lot of the punditry around these GPU launches is that whether or not NVIDIA is successful, it is pushing the envelope. The question remains whether NVIDIA will get enough developers onboard to make use of the new features enabled by these new types of cores. Currently, NVIDIA claims that there are 21 current and upcoming game titles using one component of RTX or another (AI, RT, DLSS etc.). The developer buy-in will ultimately determine how successful NVIDIA’s gamble is, and I expect that NVIDIA will push this particularly hard at GDC. Until then, NVIDIA needs to sell a lot of these RTX GPUs—there needs to be an install base that can run these features if developers are going to build to them.