NVIDIA’s speedy GPUs and Machine Learning software have unquestionably become the gold standard for building Artificial Intelligence (AI) applications. And today, NVIDIA added TenCent to their list of cloud service providers that offer access to NVIDIA hardware in their clouds for AI and other compute intensive applications. This marks a significant milestone in the global accessibility of the hardware needed to build AI applications, from drones to medical devices to automated factories and robots.

TenCent (whose Chinese name roughly translates to “Soaring Information”) is one of China’s largest Internet companies and the world’s largest gaming platform, having recently announced 2016 revenues that grew by 48% to $21.9B. Many companies, perhaps most, opt to access GPUs in the cloud instead of buying and deploying the hardware directly. AI startups alone are a big market; over 2300 investors have now funded over 1700 startups, according to data compiled by Angel List, and the vast majority of these cash-conscious firms use cloud based NVIDIA GPUs to develop their innovative products and services. The exception is the world’s largest datacenters, aka the “Super Seven” (Alibaba, Amazon, Baidu, Google, Facebook, Microsoft, and Tencent) whose server farms probably crunch proprietary machine learning algorithms with thousands, or even tens of thousands, of speedy GPUs, 100% of which bear the bright green NVIDIA logo. (Advanced Micro Devices, the “other” GPU provider, has intentions to enter this market with a Vega GPU later this year, but does not yet offer optimized AI accelerators that can compete with NVIDIA’s Pascal.)

With this announcement, NVIDIA is now able to claim that every significant cloud service provider is a customer and supplier of GPUs as a service, including Amazon, Google, IBM Softlayer, Microsoft, Allyun (Alibaba Cloud), and Nimbix. And using GPUs in the cloud is the easiest and most cost effective on-ramp to building applications that require acceleration. “There’s been very strong demand for our GPUs in the cloud with consumption models expanding quickly as the AI era takes hold,” said Ian Buck, NVIDIA VP and GM of Accelerated Computing. “Companies everywhere in the world are increasingly turning to the cloud to develop and host their most demanding workloads, particularly for deep learning, inference, high-performance computing and advanced analytics.”

But Tencent didn’t just throw a bunch of GPUs into servers and call it a day. They built custom servers that support up to 8 high-end NVIDIA Tesla P100 (Pascal) GPUs interconnected with NVLINK, the first major cloud provider to do so. While Tencent did not disclose details on the server design, it is likely that Tencent is the 1st cloud provider to adopt and deploy one of the two newly announced open chassis designs (Big Basin and HGX-1) from the Open Compute Program (OCP), designs led by Facebook and Microsoft respectively. 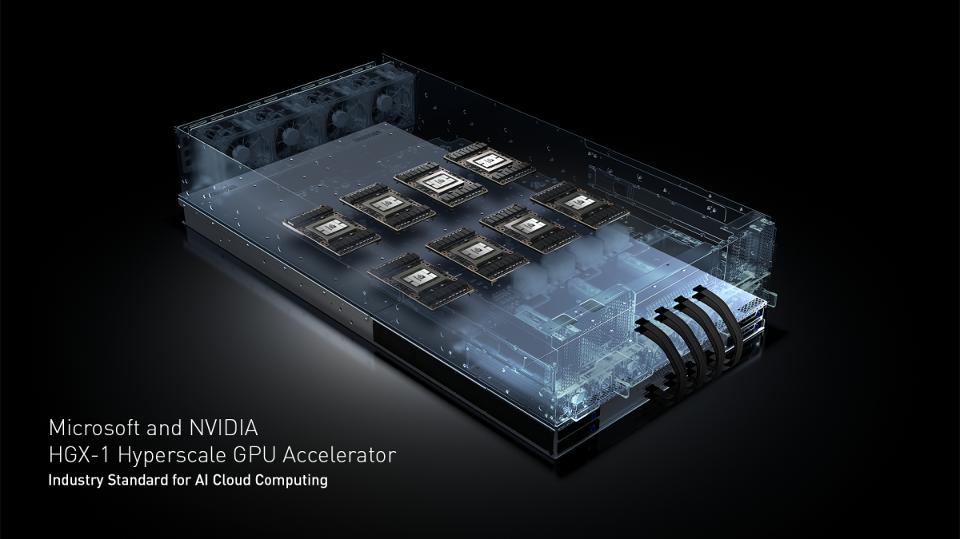 It is also important to note that Tencent’s adoption of the Pascal-based P100 is one of the first cloud properties to offer access to this generation of GPU technology. Other cloud providers have kept PASCAL for their own internal development teams, only offering older Maxwell and Kepler generations as cloud accessible GPUs. I expect other cloud providers to fall quickly in line, since the Pascal architecture is now stable, available in volume, and offers a massive performance advantage over its predecessors.

The virtuous cycle of innovation in Artificial Intelligence will be built in the cloud, and not just in the USA, but especially in Asia, where Tencent-hosted NVIDIA GPUs stand to help accelerate that cycle globally, adding even more momentum to the AI flywheel. Now the rest of the world needs to catch up, or be left behind.