NVIDIA created the “TITAN” line of products years ago to represent “the best” of everything the company brings to the PC platform. If you want the best and can afford it, NVIDIA suggests TITAN. TITAN’s target market has shifted and will continue to evolve.  In the past TITAN targeted gamers (TITAN X) or machine learning scientists (TITAN XP). Today, NVIDIA dropped a bombshell at the annual NIPS (Neural Information Processing Systems) conference in Long Beach, CA, with the introduction of its new “TITAN V” PC GPU. I guess we shouldn’t be surprised at this point—NVIDIA has been firing on all cylinders the past few years and has been surprising just about everyone. Let’s take a deeper look at the TITAN V – who it is targeted at and what it has going for it. 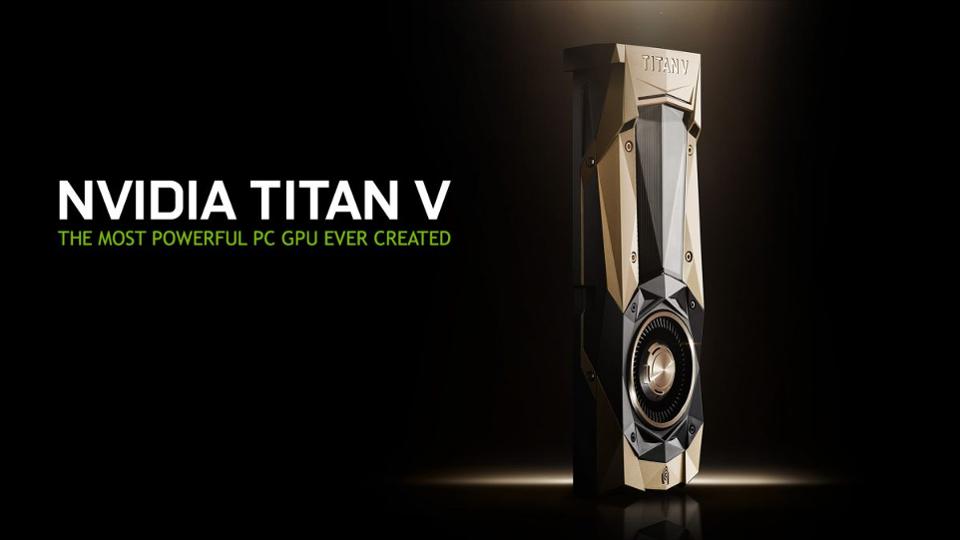 TITAN V is targeted at machine learning scientists who want to conveniently buy the card and install it into their desktop PC. This means the researcher doesn’t need a special server, storage or networking. Machine learning workloads favor heavy-duty matrix math operations which require massive memory bandwidth and this is what TITAN V delivers.

Driven by NVIDIA’s latest GPU architecture, Volta, NVIDIA says the TITAN V’s 21.1 billion transistors are capable of delivering 110 teraflops of performance (for reference, that’s 9x times the deep learning computing horsepower of its predecessor). This immense amount of performance makes the TITAN V ideally suited users looking to explore computational processing for scientific simulation and other deep learning/AI applications on their desktop PCs. This is different from Tesla that is targeted at server systems and deep learning appliances like the DGX Station.

In addition to the muscle, the Titan V is also highly energy efficient. Its Volta architecture underwent a serious revamping of the SM processor design at the core of the GPU, which should providetwice the  energy of efficiencyPascal. This allows for major boosts in FP32 and FP64 performance, within the same power envelope.

The Titan V also sports the same new Tensor Cores that are in Tesla GPUs which are geared specifically towards deep learning purposes. NVIDIA also says the Volta architecture is more efficient at HPC, thanks to its independent parallel integer and floating-point data paths.

TITAN V is designed for researchers

NVIDIA has done a great job making TITAN synonymous with the ultimate GPU for your PC. This includes gaming, content creation, deep learnings, and more. And while TITAN V will do gaming just fine, in fact it’s the world’s fastest gaming GPU, it was designed first for machine learning training and inference, not for gaming. This means, Titan V’s transistor and memory subsystem improvements favor machine learning.

While some in the industry will love to bellyache about this decision and maybe even snipe about TITAN V gaming price-performance, just don’t. TITAN V (and Volta) is NOT the gaming-optimized follow-on to Pascal. 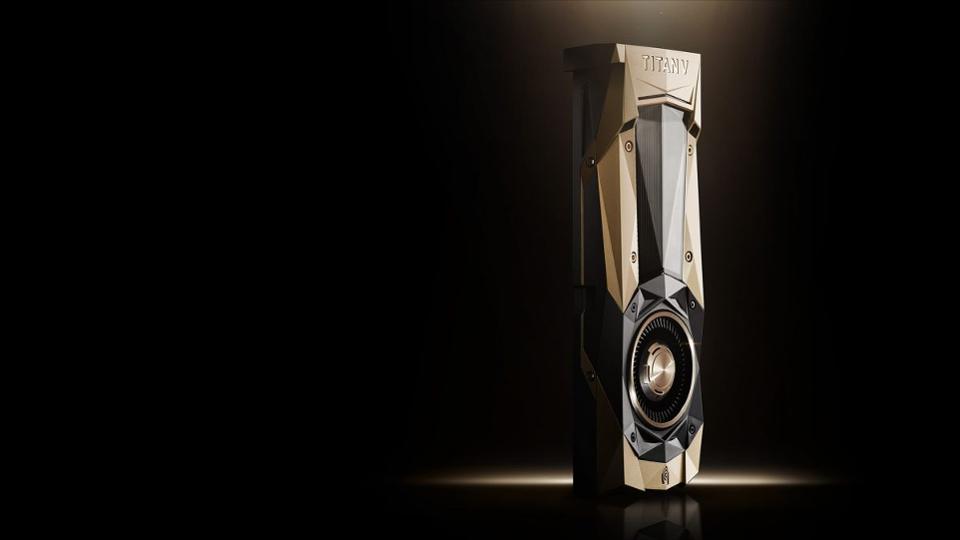 All in all, the TITAN V appears to be a powerful, capable new offering from NVIDIA, great for simple entry into desktop-based machine learning training and inference. NVIDIA’s CEO and co-founder, Jensen Huang, is “putting Volta into the hands of researchers and scientists all over the world”.  I couldn’t have said it any better. Some in the media will weigh in on TITAN V in gaming workloads, but that’s completely missing the point.