Yesterday, NVIDIA launched VGX and the GeForce Grid, which, among many things, could render future game consoles obsolete. 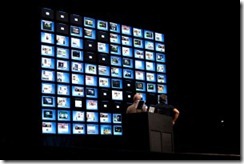 This may sound very far-fetched right now, but as I dig into the details of the capability of the GeForce Grid and map that against consumer future needs, unless future consoles can demonstrably deliver something unique and different, they will just be an unnecessary expense and a hassle to the end consumer.

Services exist today for cloud gaming like OnLive and Gaikai. They have received a lot of press, but it’s uncertain if their business models and experiences would exist years from now if they stay with their current approaches and implementations.

Scalabilityis one issue. Services need to directly match one cloud game session with one graphics card, so if you have 1,000 gamers, you need 1,000 graphics cards. You can just imagine the challenges in scaling that experience out to millions of users. You would need millions of graphics cards, which in a data center environment doesn’t make a lot of sense logistically or financially.

Latencyis another issue. Cloud game services need to maintain severs 100s of miles away to maintain an appropriate latency in game-play. Latency is the lag time between when a user does something and they get a response. Imagine if there were a one second delay between the time you pull the trigger in Battlefield 3 and the time which something happens. This would render the cloud game absolutely unplayable. Latency in social media apps like Facebook is acceptable, but not with games. Having to provide “edge servers” close to end users like the industry does today is completely unproductive as you cannot leverage these same servers during off-times and it’s difficult to even leverage servers across different time zones. Therefore, servers are sitting around idle with nothing to do. This places another immense financial burden on the cloud game provider. NVIDIA and their partners are attempting to solve these problems.

Nvidia VGX and the GeForce Grid

NVIDIA, with VGX and the GeForce Grid is attempting to solve the scalability and latency problems associated with today’s cloud

gaming services like Gaikai and OnLive. NVIDIA VGX are the technologies addressing the current virtual display issues and the GeForce Grid is the specific implementation to attack issues in cloud gaming. They are addressing the problems with two very distinct, but related technologies: GPU virtualization and low latency remote display.

Virtualizationof the GPU enables more than one user to share the resources of a graphics card. Therefore, the one to one ratio between user gaming sessions and graphics card goes away. With NVDIA VGX, multiple users can share a single, monster-sized graphics card. This provides much better scalability for the cloud game data center and correspondingly reduces costs and increases flexibility.

Lower latency remote displaysenable a significant improvement in the speed at which the remote image is sent to the end client device. In this cloud gaming scenario, the gaming frames are actually converted into an H.264 movie and sent to the user. NVIDIA has enabled improvements in the process by eliminating many steps in the process. The frame of the game no longer needs to touch the CPU or main memory and is encoded directly on the NVIDIA VGX card and sent directly over PCI Express to the network card. By bypassing many of the previous components and removing steps, this speeds up the process immensely. This delivers a few benefits. First, all things equal, it can deliver a much faster experience to the gamer that they never experienced before. The experience just feels more like it is happening locally. Combined with GPU virtualization, the reduced latency also enables cloud gaming data centers to be located farther away from users, which increases data center utilization and efficiency. It also enables entire geographies to be served that could never be served before as “edge servers” can be consolidated.

If NVIDIA and its partners can execute on the technology and the experience, it would essentially enable any device that could 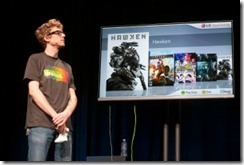 currently playback YouTube video well to be a virtual game device. Gamers could play any game, any time, and immediately. What kinds of devices do that today? They are all around us. They are smartphones, Smart TVs, and even tablets. There’s no loading games off of a disc, no downloading 500MB onto a PC; its just pick the game and play. Once the gamer is done playing on the TV, they can just take their tablet and pick up in their bedroom where they left off.

This kind of usage model is quite common when you think of it. Many consumer books, movies and even music in this same way, so why not games? For many consumers, convenience trumps quality and that’s one of the issues I can see with future consoles. There is no doubt that the visual detail and user interfaces will be much more sophisticated than cloud gaming. As I look to how well the iPod did with its “inferior” music quality, consumers chose convenience over quality. Look at Netflix on a phone or tablet. Consumers can get much higher quality on the local cable service, but a growing number of consumers choose convenience over quality.

Device makers and service providers who don’t see any monetization currently off of games today will very aggressively adopt this approach. TV makers, for instance, see no revenue from any game played on their devices. Gaikai, as an example, is cutting deals with TV manufacturers like LG to provide this service built into everySmart TV in the future. Telcos and cable companies are also very motivated to tap into the huge gaming revenue stream.

If you would like a deeper dive on NVIDIA VGX and the GeForce Grid, you can download my whitepaper here.