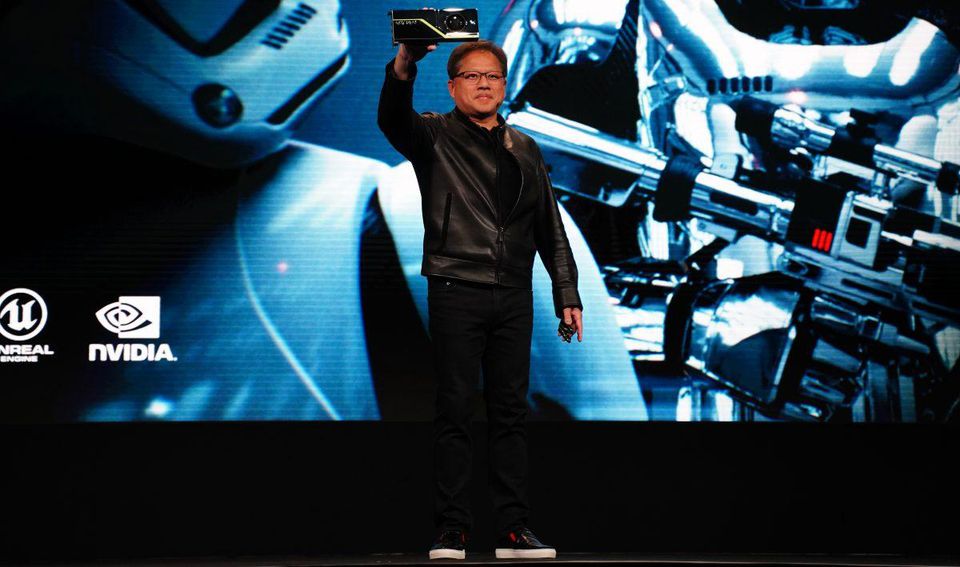 At SIGGRAPH 2018 in Vancouver, Canada NVIDIA came out “guns a blazing” with a series of major announcements including the introduction of a new GPU architecture rumored for many months. Because SIGGRAPH is a professional graphics show, NVIDIA took some time talking about the heritage the company has in graphics and all of the major developments over the years. The focus of nearly the entire press conference was around ray tracing and the continuation of NVIDIA’s efforts in this space. Much of this stems from the company’s announcement of their RTX real-time ray tracing technology that was announced earlier this year at GDC 2018.

NVIDIA’s RTX ray tracing technology was originally shown operating on multiple Tesla V100 GPUs which were the company’s most powerful GPUs to date. These multiple GPUs were primarily designed to enable high-performance computing and to accelerate AI training and workloads. Because of the high performance of the Tesla V100 and its AI acceleration capabilities, it was uniquely capable of making real-time ray tracing possible. At SIGGRAPH 2018, NVIDIA announced updates to the RTX technology inside of NVIDIA’s GPUs as well as a new architecture that is even more optimized for ray tracing and AI than ever before.

The first major update was the introduction of the Quadro RTX based on the new Turing GPU architecture. The Quadro RTX 8000, RTX 6000 and RTX 5000 all bring hardware-accelerated ray tracing with AI at a price of $10,000, $6,300 and $2,300, respectively. While these GPUs may seem expensive, and they are, there aren’t any other GPUs on earth that can remotely compete with them regarding performance and capability. That’s especially true when you can see that the new RTX 8000 is capable of rendering complex ray-traced scenes in real time with a single GPU, which isn’t possible with any other GPU. The Turing GPU inside of the RTX 8000, NVIDIA’s fastest GPU will ship with up to 48GB of memory per card, with up to 96GB with NVLink 2 (with two cards connected) and be able to render “10 GigaRays per second” thanks to the 4,608 CUDA cores and 576 tensor cores. 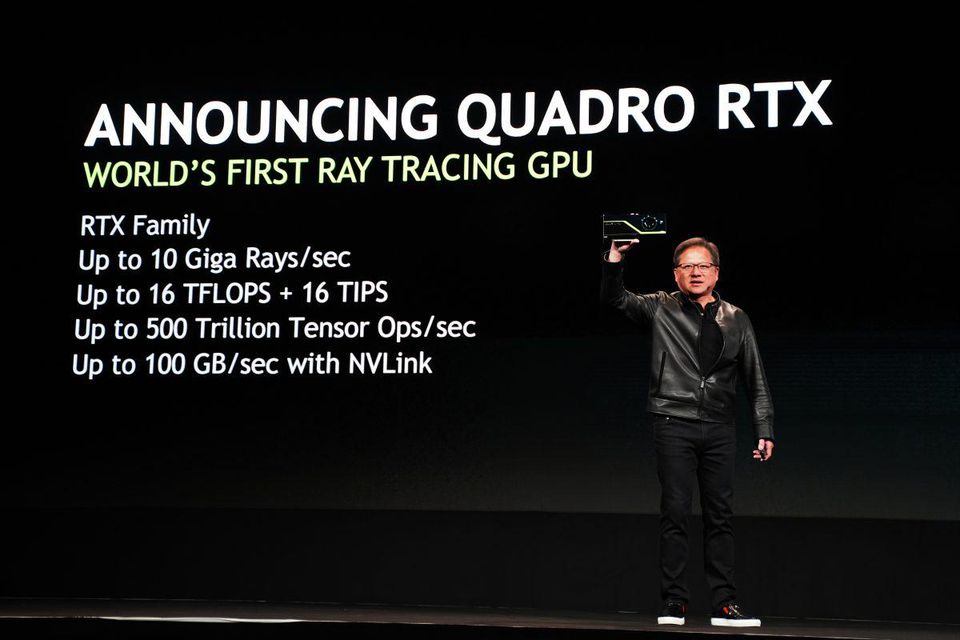 Turing card specifications.   ANSHEL SAG
Previously, when NVIDIA announced their RTX real-time ray tracking technology, there were questions about whether or not the technology would get any significant traction among developers. At the SIGGRAPH 2018 press conference, NVIDIA’s CEO Jensen Huang announced a slew of professional ISVs that are adopting NVIDIA’s RTX technology to enable its use in their software. These include programs like Adobe Dimension CC, Autodesk Arnold, Clarisse, DaVinci Resolve, Dassault Systemes Catia and Solidworks, Octane Render, ParaView, Redshift, Siemens NX, Unity and Unreal Engine. Having all of these companies onboard with RTX means that there’s a much higher probability that RTX will gain enough traction in the industry.  Principal Analyst Patrick Moorhead summed up ISV support saying it was a “done deal”.
NVIDIA is starting to gather the components the company needs for their RTX technology to start to gain a foothold in the market. Until now, it was extremely cost prohibitive to even attempt real-time ray tracing, and with the new Quadro RTX series of GPUs, it is at least attainable. But there is still one missing component of this ray tracing equation, which is the consumer part that will render these final ray-traced scenes that developers are creating on these professional cards. Now that NVIDIA has lifted the veil on the Turing architecture, we can only assume a consumer part for consumer real-time ray tracing is not far away. But at SIGGRAPH, NVIDIA was all about high performance commercial use cases and the story continued to talk about the possibilities with real-time ray tracing.

In addition to giving details on the Quadro RTX series and the Turing GPU, NVIDIA also announced yet another appliance reference architecture. This new reference architecture from NVIDIA is called the RTX Serve and is designed to serve the needs of VFX studios and other companies doing visualization wanting photorealistic rendering with ray tracing in real-time or near real-time. Each NVIDIA RTX Server features eight RTX 8000 GPUs inside at a price of $500,000 which according to NVIDIA is a steal compared to $2 million worth of CPUs that it would take to accomplish the same amount of rendering. These servers are designed to sit rack-mounted in a data center or a cabinet so that the users can have quick access to a lot of rendering horsepower without having to see or hear it.

NVIDIA also made a multitude of other announcements around the new Turing GPU inside of the Quadro RTX. However they are numerous, and more details will be appreciated to help fill in the blanks. The Quadro RTX will be available in Q4 on NVIDIA’s website before it starts becoming available in all the major OEMs that will be shipping systems globally with NVIDIA’s Quadro RTX. NVIDIA’s dominance in the professional graphics market looks like it will only continue with the Quadro RTX family of GPUs, especially if NVIDIA is successful in bringing more developers and applications into the real-time ray tracing wave.