I have been in and around home automation for over 20 years and like many in the industry, am very impressed and excited about the future of home automation. While the DIY consumer side of the business is getting a lot of press attention lately particularly with Google’s $3.2B Nest acquisition and Apple rumors, what you may not know as well is that a multi-billion dollar U.S. installer-based home automation business exists without Google. At the pinnacle of that market is a brand called ELAN, premium control and automation for higher-end homes, run by Core Brands LLC, a group within Nortek’s Technology Solutions Group division. Nortek’s Core Brands made an announcement today on their new ELAN gSC2 and gSC10 controllers based on the v7 platform that is very interesting at face value, but also gives some indications of some bigger things on the horizon. Let me provide some background first on the home automation market.

The $3B U.S. home automation market, like many markets, is segmented into different products and what those products control. In the U.S. market, the largest product segment is the super-premium line, followed by systems managed by companies like AT&T (Digital Life) and even Brink’s Home Security. Then there’s a hybrid segment emerging with brands like 2Gig that includes a mix of managed security services with some automation added. Finally, the DIY market that’s getting all the press attention with brands like Google’s Nest, Sonos, Dropcam and Revolv.

These automation systems are controlling different applications in the home, either singularly or comprehensively. The market is dominated, revenue-wise, by security and entertainment, followed by fast-growing applications like lighting, AC, and energy control.

ELAN is considered a super-premium home automation controller that comprehensively controls nearly every use case and application. It is expensive, too, as the average installed systems controlled by ELAN occurs inside luxury homes and costs from several thousand up to even $100,000, which is why it’s considered the “rich and famous” solution.

Why do the rich and famous install ELAN systems? Lots of reasons. I’ll use their newly-announced ELAN gSC2 and gSC10 Controllers on the v7 Platform as an example. First of all, from one wall controller, handheld controller,  mobile app, or PC web page, ELAN controls everything imaginable in huge homes and even businesses: 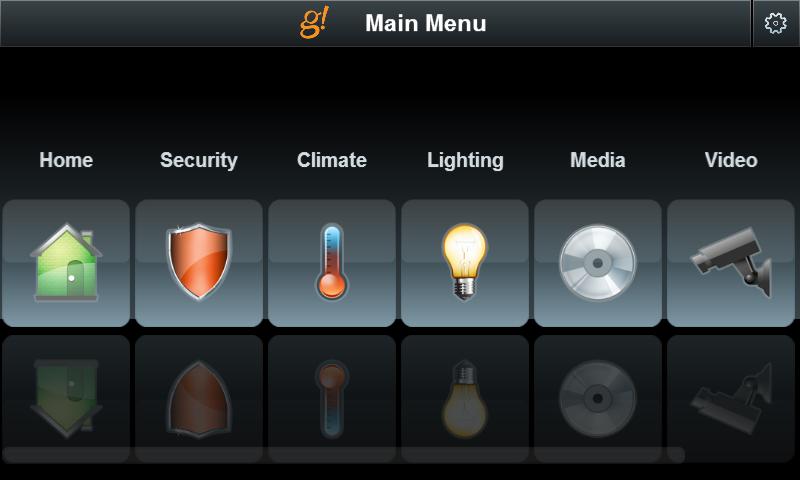 ELAN SC2 and SC10 Controllers supports products from Nortek’s own stable of brands including Core Brands’ own SpeakerCraft, Niles, Sunfire, Panamax, Furman and Xantech. While you may not have heard of these brands, they are market share-leading brands in the installer space with quality levels surpassing most branded products. Instead of investing in retailing, packaging, and consumer marketing, Nortek’s Core Brands invests in product development and the installer channel. This model is the polar opposite of a Nest, Sonos, or Dropcam.

ELAN also supports a houseful of 3rd party branded products, too, brands like AppleTV, Roku, GE, Honeywell, Lutron, Yamaha, Dennon, Marantz, Pioneer and many others. Because the new ELAN v7 platform is now Linux-based, I think it will be much easier to physically support different peripherals. ELAN is releasing today a limited distribution API to physically connect devices if they haven’t created drivers already, enabling vendors to write the drivers themselves. To logically control 3rd party peripherals, ELAN is releasing the “ELAN Development Kit”, a Lua-based package to control what you want all the devices to do under different circumstances. This is really, really important as there could be 100’s of 1,000’s of different things you may want done. Think of a giant “if-this-then-that” (IFTT) grid that is “configured” by the installer.

A good example of IFTT in action could be watching an action movie in the entertainment room with one press of a button on your iPhone app. Let’s just say the user picked a 4K title off on of the new Sony 4K storage drives. ELAN, with one button press, could:

OK, this is a bit of an extreme example, but gives you the idea of just how comprehensive ELAN is today. You see, ELAN is the “glue”, represented by one mobile app or wall controller that controls each device, interaction between different devices, what each device should do, and under what circumstances. Each one of these controller instances is configured by an installer who could be at the new home for weeks dependent on how complex the install. The usability and reliability must be rock solid as the installer is the one throat to choke and is made easier the ELAN’s development kit.

I’d be remiss to not talk about some of the guts of the SC controllers. The entire controller is power efficient, sucking less that 3-5 watts of power, meaning they are fanless and can be powered over Ethernet (POE) or an external adapter. This makes installation easier and improves reliability. This is much less power than a smartphone or tablet. Here are some of the raw specs of the new SC controllers:

One of the bigger differentiators in the installer world is that the controller’s firmware is 100% internet-updatable, meaning it doesn’t require an installer truck roll to add a feature or fix something. While we may take that for granted today with a Nest or Sonos, ELAN systems are controlling an infinite number of devices and functions, while Nest and Sonos are limited in what they perform and control. Another ELAN consumer benefit is that you can control your system with dedicated handheld controllers and wall mounted touchpads, but also phones, tablets and personal computers.

The cool part about Elan is that I believe it doesn’t seek to create a locked “walled garden” system and architecture. Rather, it goes beyond proprietary structure and unifies control not just for the world of smart things in the home, but their agnostic approach to how you control these devices includes full compatibility with the devices you like using the most – turning your mobile devices and PCs into control devices whether it be from Android, Apple, or Windows.

With ELAN’s new SC2 and SC10 Controllers on the v7 platform, the Group is bringing a significantly improved consumer and installer experience to the table. I believe they are better meeting consumer expectations by improving the user experience on the controllers to a level they are familiar with on their tablets and smartphones. Homeowners like the way mobile devices feel, flow and react, and expect that on every device, particularly their $100,000 premium custom install. By migrating to Linux and offering a development kit and API, I expect many more supported peripherals and brands adding a lot more functionality on a speedier cycle.

Core Brands’ ELAN appears to be effectively integrating their own products and brands like SpeakerCraft, Niles, Sunfire, Panamax, Furman and Xantech into the v7 platform. This could result in some serious synergies, particularly across channels where they have good solid distribution. What would be even more interesting, though, would be if the new ELAN controllers and v7 platform supported more of Nortek’s own products like exhaust fans for kitchens and bathrooms, electric gates, door locks, lighting, cameras, security sensors, HVAC, and smart meters. Now that would be very synergistic and create a lot of value for Nortek.

This could be one of the announcements defining where the older, typically slower moving installer world meets the new, faster moving DIY market.