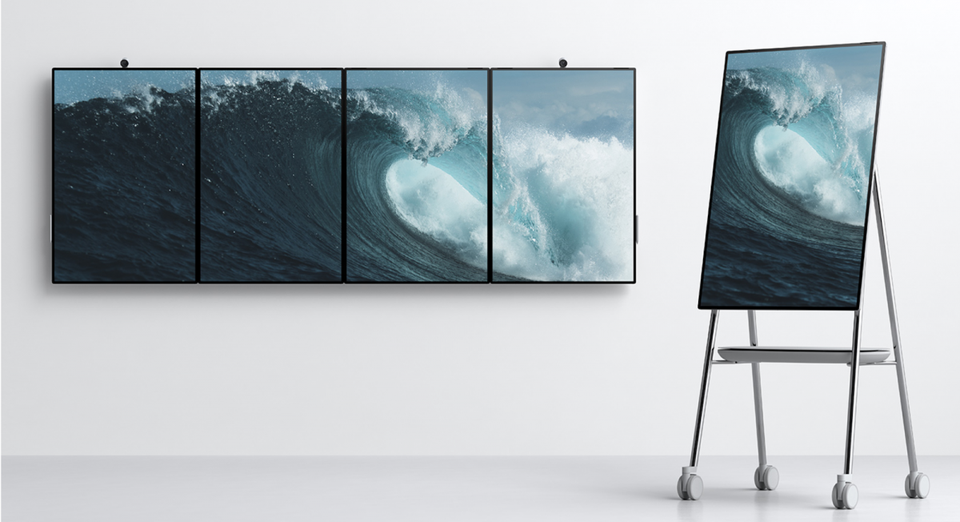 Last week I attended Microsoft Ignite 2018 in Orlando, FL, and since then have published several columns detailing what I took away from the event. My first column focused on the new Open Data Initiative, a partnership between Microsoft, SAP, and Adobe, without Salesforce.com or Oracle, while my second focused on Microsoft’s new desktop VDI and managed services and new Teams capabilities.  One of the most interesting things I did at Ignite this year was kick the tires of the new Surface Hub 2 models detailed at Ignite 2018—the 2S and 2X. Today I’ll conclude my coverage of the huge enterprise IT event with my take on the devices.

First, I wanted to provide a little background. Microsoft announced the original Surface Hub back in 2015 (see my coverage for CIO here, if interested). The virtual whiteboard promised to be Microsoft’s premier hardware solution for “future of work” scenarios, combining customized hardware, collaborative apps, and Windows 10. Surface Hub was innovative for its time, but it was very large, hard to move from room to room, and I believe lacked the GPU horsepower to do a lot of today’s local machine learning. Back in May of this year, Microsoft previewed the Surface Hub 2, and at Ignite the company announced it will ship the Surface Hub 2 in Q2 2019 (starting with the 2S).

Surface Hub 2 addresses several major customer needs related to the original Surface Hub, namely the desire for a nicer display, easier installation and transportation, and more seamless integration of software and applications. The new Surface Hub 2 is as easy to install as mounting a TV on the wall. Even easier, Microsoft partnered with office furniture manufacturer Steelcase to make the sleek, sturdy mobile stands for the Surface Hub 2, which I could easily move around the room and anchored in place with a tap of the foot. Portability is important so companies can share assets versus having to have one in every space. It’s also important as meeting spaces are dynamic in nature and users will want Surface Hub 2 to be exactly where they want it. It would be interesting to see Microsoft consider (if it didn’t already) a self-rollup power cord. 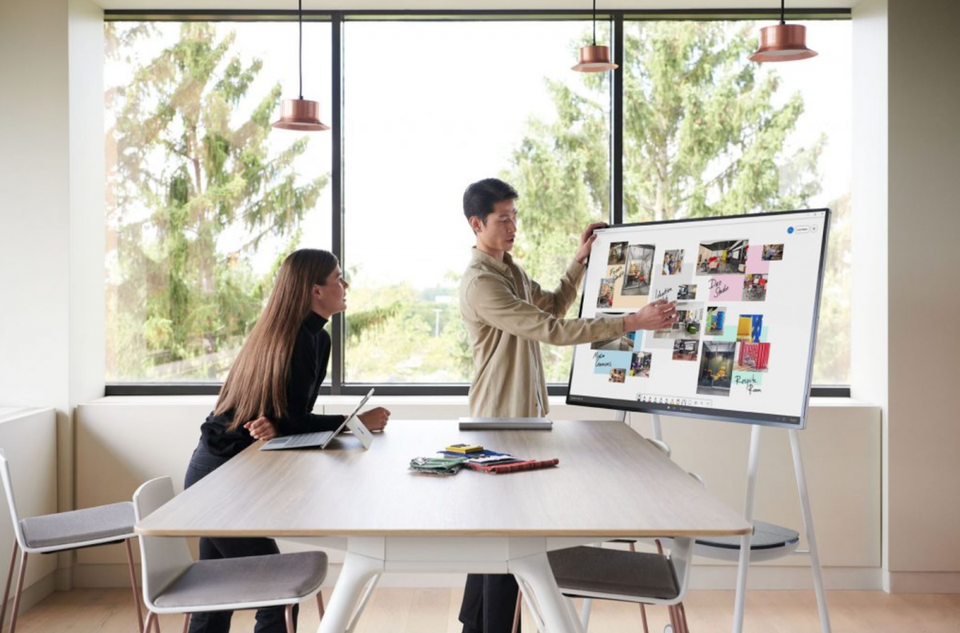 Think of the Surface Hub 2S as having radically improved hardware over Hub (1) with an improved software experience.  Microsoft has worked to further integrate hardware and software into a more seamless user experience. The Surface Hub 2 comes with a new Microsoft Whiteboard app, which features intelligent ink, built-in search with Bing, and the ability to find people. Users can share their whiteboards across all Windows 10, iOS, and Android devices, further enabling collaboration. Microsoft improved the microphones, speakers, and 4K camera of the device, for “true to scale” video conferencing.  Literally, you could do a Skye call in portrait mode with someone who is life-size. The demo I saw in the NDA suite, albeit a video, was incredible and reminded me of Microsoft’s “office of the future” videos a decade ago. Customers will be able to deploy either an on-premise or hybrid environment with the 2S and will be able to continue to use Skype for Business, if they so choose, or utilize Microsoft Teams.

Think of the Surface Hub 2X as having nearly the same hardware as the 2S but with an improved software experience, ready for end customers in 2020. Customers on the Surface Hub 2S will be able to upgrade to the 2X through a simple update, involving the removable processor cartridges (CPU, GPU, memory, storage) located on the back of the device. I don’t know if the upgradability was planned or demanded by customers, but I love this. Displays can last ten years but new capabilities driven by advances in GPUs come every two to three years.  Microsoft wouldn’t go into any detail on Hub 2X scenarios, but if I take its Ignite 2018 stage demos literally, I would expect it to do audio and visual people recognition to create real-time written meeting notes, action item lists, and language translation. The 2X will be powered by Microsoft 365 and will sport new features such as the ability to tile, rotate and utilize multi-user login using a fingerprint. 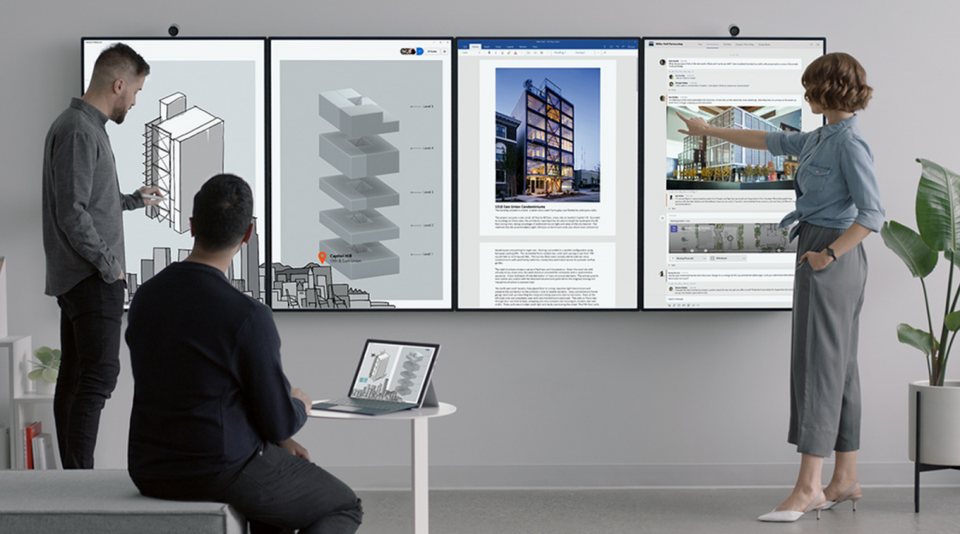 Hub 2X can also be tiled on the wall creating, literally, a wall of displays but with one desktop. I believe tiling is important in a few scenarios. First, when you need a ton of space for “U.N style” video meetings, tiling would bring spatial reality. Having a wide and large visualization canvas is important in supply chain, transportation, weather, military, and IT operation centers applications, too.  Most importantly, I envision tiling used in meetings with many people who are working on different parts of a project who all need to see what the other is working on in real-time.

The new Surface Hub 2 looks to be a huge improvement on the original Surface Hub, and I look forward to spending more time on the device in the future. It’s great to see Microsoft taking customer feedback seriously—I think folks will appreciate the work the company has done to make the device sleeker, prettier, easier to install, and ready for the ML apps of the future.

All of this is great, but I think the upgradeable compute module and integrated Microsoft 365 experience is what is really going to set the Surface Hub line apart from its competitors moving forward. Upgradability “future-proofs” the investment and readies the enterprise for future ML apps. And, who wants to collaborate on that board of directors presentation on a PDF of a PowerPoint when you can just work on the original, local source file?  Every time I ask that, I get the same answer back. Every-single-time. Productivity, collaboration, and universal communication are on a collision course, and the center of it right now is the Surface Hub.