In the next few days, Microsoft is expected to announce their next generation console, dubbed the “XBOX 720” at this year’s GDC (Game Developer Conference).  This is right on the heels of Sony’s recent PS4 announcement 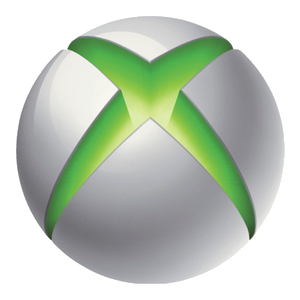 and lackluster sales announcements for Nintendo’s Wii U.  These new game consoles will sell, but just not as well as they once did.  Gaming and the gaming industry has changed since 2005 when the PS3 and the XBOX 360 were first announced, and those changes will impact how well the new consoles sell in the future.  I want to delve into a few of these variables, starting with mobility.

Smartphones and tablets have changed the way we interact, compute and of course, game.  You only need to look at the best-sellers in iOS’s App Store and the Google Play Store to see just how popular mobile games are.  Take a look at what people on the bus, plane, and train are doing, too.  In many cases, they are playing games.  Does this mean those same people aren’t playing console or PC games?  Absolutely not.  Like mobile users have spread their general “computing” across phone, tablet, and PC, gamers are spreading out their gaming across the phone, tablet, console and PC.

Next generation smartphone graphics is on an annual cadence, not the 8 years pace game consoles are on.  Upcoming mobile GPUs like Nvidia’s Logan and Parker announced at GTC 13 and undisclosed GPUs from Qualcomm, ARM and Imagination will be driving performance at an annual rate of change. At the pace of smartphone’s increasing graphics performance, I can see the smartphone catching up in GFLOPS with the PS4 and XBOX 720 in 2016, two years after their inception. With estimates of a billion smartphones sold in 2013 and console sales counted in the tens of millions, the potential for game developers is massive.

Another impact to console sales is the gaming performance PCs provide.  The last three generations of consoles launched at higher performance levels than any PC could provide and therefore provided a higher level of graphics experience.  This will not be the case with the new PS4 and XBOX 720.  Based on GFLOPS (GigaFlops), or the compute power of the GPU, an Nvidia GeForce Titan and an AMD Radeon provide over 3X-2X the performance of the latest consoles.  Given that historically game consoles sold at a direct proportion to their proximity to PC game performance, this is another strike against consoles becoming a mass market phenomenon.

Even with the potential impact from mobile device and PCs, none of this reflects the potential pressure from a new breed of devices and streaming services that operate in the living room on that big screen HDTV.  WhileOUYA and the “Steam Box” are interesting, their capabilities and ecosystem aren’t very well understood or well-funded.  On the other hand, Nvidia’sProject SHIELD and GRID are relatively straightforward and well-funded.  With Project SHIELD, consumers with a PC and GeForce GTX graphics can play the highest end PC games on their HDTV by “streaming” the experience from their PC to their TV.  It’s like having your own personal gaming cloud.  The simplest implementation of Project SHIELD enables users playing an Android game to be playing it on the HDTV, kind of like an “AirPlay” on steroids.    With Nvidia GRID and partner content, gamers will be able to play cloud games, too.  While specific A-list titles for cloud games off of Grid aren’t known yet, there are no technical reasons that the top PC titles couldn’t be streamed if the publisher wanted to.

Net-net, the console will now, for the first time, share living room gaming space with a new breed of gaming devices.

The final variable to consider is the availability of super-cheap living room devices to rent movies and listen to music.  Seven years ago when Microsoft launched the Video Store, it was very unique.  I remember it being one of only a few places where I could stream or download real HD movies.  Now, many of the kind of features and services once only available on the XBOX are now integrated for free with your TV or Blu-ray player.  In the U.S., it’s hard not to get Amazon, Hulu, Netflix, and Pandora streaming services free with a mid-range TV.  Additionally, Nvidia’s Project SHIELD is the first mobile and hybrid device to pledge support to stream 4K shows to HDTVs, so even when the newest consoles up the ante, it’s hybrid counterparts will also have that capability.  In addition, at this year’s CES, Qualcomm, ARM and Imagination showed off 4K mobile graphics.

Hard core gamers (and I) will still buy the new gaming consoles, even though they have a lot more gaming options available and will spread out their gaming on multiple devices.  The biggest question is about the consumer who likes to play games but isn’t “hard core”.  Will they play games on the myriad of other devices available to them from phones to tablets to hybrid devices to PCs and pass on the next generation of consoles?  Possibly.  One of the biggest factors is the developers and publishers who can “make” a console with a huge title if it’s exclusive to consoles.  If the game is available on other devices and the differential experience isn’t worth the $199-$249 additional price, the new breed of consoles will have a very hard time gaining traction.