In my line of work as a technology industry analyst, I have had a lot of discussions recently about the current and future 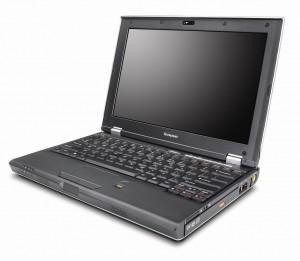 popularity of notebooks versus smartphones and tablets.  While none of the three devices can replace any of the other right now, data does indicate that consumers are waiting a bit longer to replace their current PC.  100s of millions of PCs are still in active use using old operating systems, hardware and software which combines to deliver an historic experience.  The biggest question consumers have is, “should I upgrade”?  After doing some of my own contextual research, I can confidently say “it’s a good time to upgrade”, and I wanted to share my analysis with you.

Simply put, if the experience doesn’t incrementally deliver consumer value, there is little need to upgrade to a new PC.  Therefore, digging deeper into the differential experience between new and old is important. As someone who refreshes their PC every 6 months to perform contextual research, it’s been hard for me to personally relate to using a 4-5 year old PC.  To gain a better insight into understanding what it’s like to use an old PC and if there’s value in an upgrade, I used a four year old PC for some basic tasks for around 10 days.  I want to share my insights with you as I now believe I have a better handle on the “good enough” phenomenon and whether there is true merit to upgrading.

A good place to start is to identify what a consumer could get 4-5 years ago for $699 and compare to newer PCs ranging from $399 to $699.  I don’t want to identify exactly which systems I used to “protect the innocent” or skew anyone’s thinking, but I do want to list out specifications to give you a specification taste, then dive into the experience:

It’s hard to believe what you get today at a lower price versus what you could get 5 years ago, but better specs don’t always equate to better experiences.  So let’s dive into how the specs influence the experience into some logical, important elements of web, mobility, photos, video, games, and some intangibles.

To put it bluntly, surfing with an older PC on the modern, 2013 web with rich media that includes a lot of rich ads, Java-script, CSS, and HTML5 stinks.  Many of the sites I go to, including ESPN.com, Pulse.me, Amazon Prime Video, Pandora, Google+ Photos, Google Street View felt a lot slower than on my modern PC. On top of that, trying out showcase Flash and HTML 5 sites was downright painful, which gives us an indication of the future, mainstream web.

To make sure I wasn’t inventing something in my head, I wanted to check my experiences with some simple web benchmarks.  Net-net, my experience matched the benchmarks I outline below.

I’m no professional benchmarker, but my lousy web experience with a legacy PC matches up with some of the simple, web benchmarks I ran.  Now, let’s look at mobility.

At nearly 6 pounds and nearly 1 ¾ of an inch thick, my old PC was a nightmare to carry in a briefcase or alone under my arm.   Battery life was even a bigger issue.  In 2008, my PC was advertised to run a little over two hours, but now that that notebook is around 5 years old, I get about 15-30 minutes on a single charge because the battery was just done, out of gas.  I didn’t even want to leave the house with the old notebook and wondered how others do it. Sure, I could buy a new battery for around $150 to get back to that 2-3 hours, but does that make sense I can spend $399 and get a brand new PC?.  I don’t think many consumers with an old PC like actually leave the house; they walk from room to room in their home, plugging it in wherever they go or leave it in one place like a desktop.

Walking from room to room with an old PC has its challenges, too, because you have to put the system to sleep or do what I believe many do; they shut down. Well, I did a few tests on that, too, and it’s ugly as it took 2 minutes and 45 seconds to boot up to where I could actually accomplish something.

What can you get for today?  You’d be surprised.  Compared to 6 pounds, 1 ¾ inches thick, and 30 minute battery life, you can get a new, touch screen notebook at 3.8 pounds, .8” inches thick, with over 5 hours battery of life.  My new Intel-based Ultrabook woke from sleep in less than 1 second and from a cold boot it only took 9 seconds.  Here is the comparison in the grid below:

Net-net, my new, Intel-based system acts more like a smartphone and the old PC acts more like a steam engine in how long it takes to go from sleep or from a cold boot.  Now let’s take a quick look at photos and videos.

In 2008, photos and videos were popular, but nowhere where they are today.  Looking at Facebook or YouTube stats we’ve all become accustomed to their facts and figures of how many photos or videos are uploaded.  While the smartphone has become the highest growth capture, manipulate, and disseminate device for photos and videos, anything captured on a digital camera requires a PC. Even photos and videos captured on a smartphone are many times manipulated on the PC if for no other reason than it has more storage than the phone.  If this weren’t the case, there wouldn’t be a need for the Photo Stream folder on the PC and we could store, manipulate and share everything between the phone and cloud.  I do a lot with my photos and videos that I primarily take on my smartphone, and then do my heavier duty processing on my PC.  I decided to run a few of the tests and compare my old PC to my new PC.  I used pictures and videos I took during my 13 year-old daughter’s volleyball game and track meet.

As you can see, the speedups are impressive, but also very conservative.  Why conservative?  I didn’t use fully optimized packages like Cyberlink or Adobe Photoshop nor did I do real video encoding or transcoding where I would expect a 50X-25X speedup. Anyone doing blending of separate mini-movies, adding special effects, or even changing sizes to email or upload will get incredible speed-ups.  Finally, much of the photo and video import speedups come thanks to increased speed USB3 and even improvements to USB2.  Next, I want to take a look at games.

Before I had three kids, I played a lot of PC games.  In fact, I had one of the first 3dfx SLI rigs running Quake on the Glide API. Now, I play a little bit of Wizard101 or Pirate101 with my son and, once in a while for “testing”, I play the latest FPS. Since 2008, integrated graphics for games have improved between 10-15X and the APIs and have moved from DX9 to DX11, improving the visual experience exponentially.  While older PCs don’t have a hard time playing most web games or casual titles, it’s a decent but not a great experience. Even titles like Pirate101 look and play a lot better on newer PCs enabling higher details and realism.

However, recently released, A-list titles are a very different situation, delivering a very lousy experience on my older PC. I tested the recently released Bioshock Infinite to see how comparable the experience was.  I set both systems to “low” detail and a lower, 1280×768/800 HD resolution.  The newer PC played well, but not great, but the older PC was unplayable, close to a slide show.

Like the web experience, I wanted to run a benchmark to make sure I wasn’t convincing myself of something.  I ran the in-game benchmark and my newer, Intel-based PC delivered 5X the average framerate and 7X the lowest framerate of the older PC, all things equal.  While this is just one title, based on benchmarks from sites like Anandtech, this is in the acceptable range of what you could expect from other A-list titles.  Net-net, new PCs versus older PCs enable you to play the first run titles and play more casual games at higher resolutions with higher details.

I wanted to end this analysis by addressing of the finer points of the older PCs and the new PCs.  These aren’t benchmarks, but relate more to the “feel”, “look”, and “sound” of the system.  These are hard to measure but VERY important.  My old PC was made of from cheap plastic and was very blocky versus my Ultrabooks that were sleek and made, worst case, of high impact plastic, but also could be made of magnesium or aluminum. My old PC’s fan was on more than it was off, while the opposite was true for my Ultrabook where the fan was rarely on.

Opening up and even installing programs was noticeably faster, too, but hard to measure, but you can just “feel” how much quicker it is.  The newer PCs just looked, felt and sounded demonstrably more modern than my 2008 PC.

100s and millions of consumers around the globe are actively using 4-5 year old PCs running Windows XP or Vista.  Many consumers are not upgrading because they don’t really see the need or think it’s too expensive.  They are spending their money on cheap tablets and smartphones as they more clearly see a black and white reason for a first-time or upgrade.  So are there black and white reasons to upgrade and buy a new PC?  Across nearly every important usage model and parameter, there are great reasons to upgrade.  At $399-699, a new notebook enhances the entire usage model with touch so when you reach up and instinctively reach for the display, the PC actually reacts.  Modern notebooks are actually more mobile than ever, given they are delivering instant on, have greater than 5 hours battery life and are as nearly twice as thin and light as ever.  Basic usage models have been greatly enhanced, too, for the web, photos, video, and games.   There will always be a better deal or offer six months from now, but there are now black and white reasons to upgrade.  Now the industry needs to work on that message and marketing now that the reality has arrived.