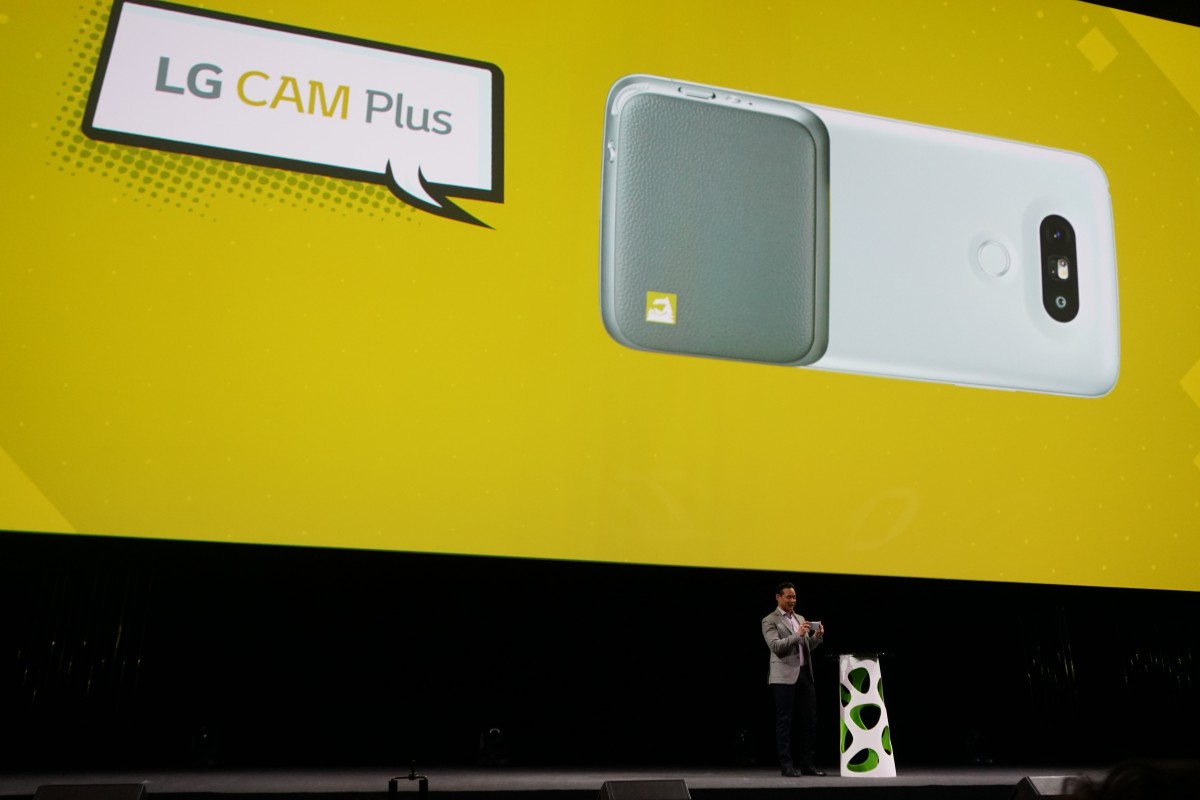 I attended this year’s Mobile World Congress 2016 in Barcelona and one of the biggest trends across almost all smartphone manufacturers was a “doubling down” on photography. VR may have been a hot topic at the show and took most airtime with the introduction of handsets, headsets and new VR cameras, but any serious-minded attendees searching for technology advancement occurring at any scale, could see that a lot is happening in camera and imaging technology and its helping redefine photography for smartphones. While on prior trips to Barcelona, we saw competitors attempting to up their game by improving imaging sensors year after year, creating small incremental improvements, this year proved to be one where OEMs started moving beyond the sensor and began to innovate throughout the entire camera pipeline, taking a more holistic view of imaging and in the process, beginning to make much larger strides in smartphone imaging quality.

What was quite evident at MWC is that Android smartphone vendors are finally getting focused on smartphone photography and taking it more seriously than ever before. This is driven by the desire to

A short refresher might be in order since many people may have forgotten what it takes to make a good smartphone camera experience.

What makes a good smartphone camera?

A smartphone camera is an extremely complicated device, more so than anyone who is using one actually realizes. There are multiple hardware and software components that ultimately create the finished image that shows up on a users’ phone. In fact, even the screen of a phone is critical in a users’ ability to take photos and evaluate their quality.

Initially, smartphone cameras did very little beyond capture an image and translate that capture to the display. Eventually they became more complex and took into account more than just white balance and exposure, they started to capture more color depth and correct sensor noise, lens distortion and the like. Nowadays, smartphone cameras have become computational cameras that are performing multiple added features like beautification, panoramic stitching, vibration reduction and multi-exposure HDR.

What makes all of these advancements possible are innovations in hardware and software technologies from smartphone manufacturers and their suppliers. Namely, things like OIS (optical image stabilization) and improved ISP (image signal processors) that can handle larger resolutions at higher speeds or bigger pixels and all with more color depth. Some of the latest smartphone ISPs like Qualcomm’s Spectra ISP are capable of supporting a single 25 Megapixel camera with a shutter speed of 30 FPS and 14-bit color depth. It also supports up to three simultaneous cameras, which is something announced at MWC. Interestingly enough, Qualcomm is also using their DSPs traditionally used for audio to do Bayer filter pre-processing and HDR post-processing to improve imaging performance.

As smartphones become more computational with all of these features being done on processors, the smartphone camera needs to become more and more programmable. We are starting to see more smartphone vendors like Google coming out with software updates on phones like the Nexus 6 to improve the photo capabilities of their phones after the fact. Thanks to processors like the Snapdragon 820 and its Spectra ISP, smartphone vendors have way more options in terms of how they want to approach photography on a smartphone and can constantly add features in software as they go.

As talked about earlier, there were a plethora of smartphone camera announcements with new technologies and new features thanks to all of these new capabilities. The first company that announced something new and unique in the smartphone camera world was LG.

LG Electronics (LG) had their event first during MWC and they went out with their arms swinging. The new LG G5 was LG’s magnum opus for smartphone photography as they announced that the LG G5 would be a modular design and feature a special camera grip that allowed for single handed photography and a larger battery. While this does not affect the ultimate image quality, it does affect the user experience while taking photos.

In addition to the grip, LG also included two main cameras on the back of the phone as well as a front-facing camera, totaling three cameras. These three cameras can actually all be used simultaneously, although the main use case is to switch between the two main cameras with one being a standard 78-degree (16 Megapixels) angle f/1.8 camera and the other being a 135-degree (8 Megapixels) angle f/2.0 camera. Being able to switch between different lenses means that smartphone camera users don’t have to worry about cutting something out of their photos or missing the shot. In total, LG’s cameras combine to a total of 32 Megapixels with the 8 Megapixel front-facing camera. This phone uses Qualcomm’s Snapdragon 820.

Following LG’s announcement was Samsung Electronics (Samsung), who actually didn’t make as big of a splash in the smartphone photography category and actually spent more of their time on their VR announcements including their own standalone VR camera, which LG also announced. The Samsung  Galaxy S7, though, does feature a new camera sensor that has a lower pixel count than the previous generation Galaxy S6 at 12 Megapixels (versus 16 Megapixels) with an aperture of f/1.7.

This is an improvement because the pixels on the new sensor are larger and therefore capture more light and should allow for better low-light performance. Samsung implemented this in both their Exynos 8890 processor as well as the Snapdragon 820. The new Sony IMX260 sensor in the Samsung Galaxy S7 also brings features like dual pixel phase detection auto-focus pioneered by Canon and enabled by Sony’s sensors and Qualcomm’s and Samsung’s processors.

After LG and Samsung, OPPO Electronics (OPPO) made a pretty surprising announcement of their own. They announced that they have their own 3-axis image stabilization technology that they developed in partnership with MEMS Drive in Pasadena to do image stabilization on the sensor itself rather than inside of the lens array. Traditionally, most OIS (optical image stabilization) is done inside of the lens array or on the entire camera module to compensate for vibration and shake. They claim that this technology requires significantly less power and is also more precise and quicker than traditional OIS using lenses. This technology was originally pioneered by Sony in their A7RII professional ‘DSLR’ camera that has 5-axis sensor image stabilization. OPPO has not announced which phones will use this technology or what smartphone SoCs they will be using to support them, but the expectation is that they’ll be using a Snapdragon 820. OPPO has not announced any other major camera features, but they are considered among some of the best in the industry and the ones to start the beautification trend among smartphone vendors. I wouldn’t be surprised to see them try something new thanks to this new sensor and ISP technology.

Xiaomi was not to be outdone by the others in the smartphone photography category as they also brought some interesting innovations to the table. With their new Xiaomi Mi5, Xiaomi introduced a brand new Sony Corp Exmor IMX298 sensor which features phase detect auto focus and DTI (deep trench isolation). This is the same sensor as the one in the Huawei Mate 8, however Xiaomi did not stop there because they also added 4-axis OIS to their camera which is entirely different from anything any other smartphone vendor is currently doing. In fact, Xiaomi provided a video of this technology in action alongside none other than the iPhone 6 and 6S. Even more interesting, is that this feature will be available right away on the Mi5, which sports a Snapdragon 820 as well, and should be available very soon. What makes the Xiaomi Mi5 so intriguing is that they are able to pack all of these high-end imaging capabilities into a phone that only costs around $399.

Last but not least was Huawei Technology (Huawei), who didn’t make any major smartphone announcements at MWC, which is very uncharacteristic of the company. In fact, they made their big smartphone announcement at CES 2016 in January and then at MWC 2016 they announced their MateBook 2-in-1 laptop. These seemingly flipped announcements seemed slightly out of place, but then again Huawei does things on their own terms. But Huawei did not go without their own photography announcements, as they announced a long-term strategic partnership with none other than photography legend Leica Camera AG (Leica) to develop phone cameras together. There aren’t many details on exactly how the two companies will work together, but if you look at Huawei phones like the Nexus 6P you can see that Huawei is working very hard to improve their imaging capabilities. The Nexus 6P is currently the 6th best smartphone camera according to DXOMark.

All that can be said about these smartphone camera photography announcements at MWC 2016 is that it is quite clear that all the major players in the smartphone space are getting extremely serious about photography. The biggest Android smartphone names in the world are finally starting to make use of all the new technologies from image sensor manufacturers and SoC manufacturers in both software and hardware. These companies adopting these new features and technologies only means that the smartphone photography bar will continue to raise higher and I cannot wait to see what will happen in the next generation of phones. We’ll be following up this article with a review of one of these new phones to show you the photography improvements that we can expect to see in the coming year.