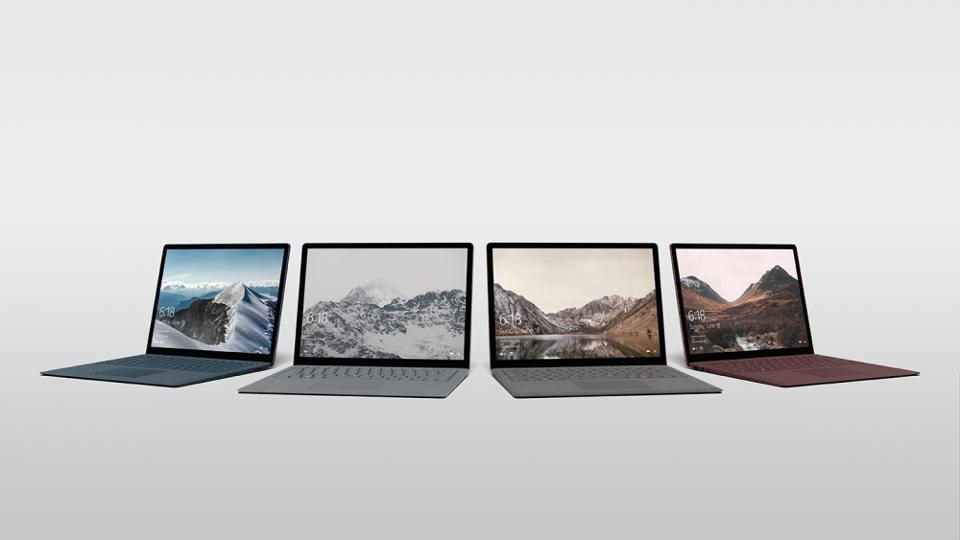 Microsoft has spent the better part of the last five years introducing new computer hardware in new form factors and have had a tremendous amount of success doing it, on track to drive $4B in annual revenue. In fact, Microsoft essentially the detachable convertible tablet market that we have today with products like the Surface Pro which is currently in its fourth iteration. Microsoft also made the Surface Book and Surface Studio, both unique takes on the PC form factor. And now, Microsoft looks to redefine the traditional laptop form factor with their new Surface Laptop. The Surface Laptop is the spearhead of Microsoft’s new efforts to accelerate and innovate in education, but I believe will quickly transition to consumer and enterprise. Microsoft’s vision for the Surface Laptop and Windows 10 S is also part of the company’s efforts to combat the competition from Apple’s MacBook Air and Google’s highest-end Chromebooks. Microsoft’s new Surface Laptop is the company’s most optimized hardware platform for education and is designed to edge out the competition by being purpose-built for education.

The Surface Laptop is a 13.5” aluminum-bodied laptop that sports the same display as the Surface Book which includes the PixelSense display. It will be powered with 7th generation Intel Core processors and offer a battery life of up to 14 hours. I’m not aware of their battery life testing method, so I cannot comment on it, but I expect it to be solid like the Surface Pro 4 and Surface Book. This will be all while running Microsoft’s new Windows 10 S operating system which will offer optimized performance. It will also come in four colors with an Alcantara covered keyboard. What makes this laptop so attractive is that it manages to pack all this portability and performance into a very light 2.76 lb. package that is only 14.5mm thick striking the perfect balance between design and utility.

The Surface Laptop will also ship in a broad array of configurations with varying Intel processors ranging from a Core i5-7200U to a Core i7-7660U. Storage capacities will range from 128GB to 1TB, but will be complemented by 1 TB of OneDrive storage for free for 1 year. Additionally, the Surface Laptop will ship with anywhere from 4GB to 16GB of LPDDR3 RAM running at 1855 MHz. In terms of GPU, Microsoft will offer both integrated HD 620 on the Core i5 models as well as the Iris Plus Graphic 640 on the Core i7 models. There is no use of 3rd party discrete graphics, which I believe is due to Microsoft’s own considerations for cost, weight and battery life which Microsoft claims is up to 14 hours. It should, however, deliver a pretty close experience to the other discrete graphics Surface products. 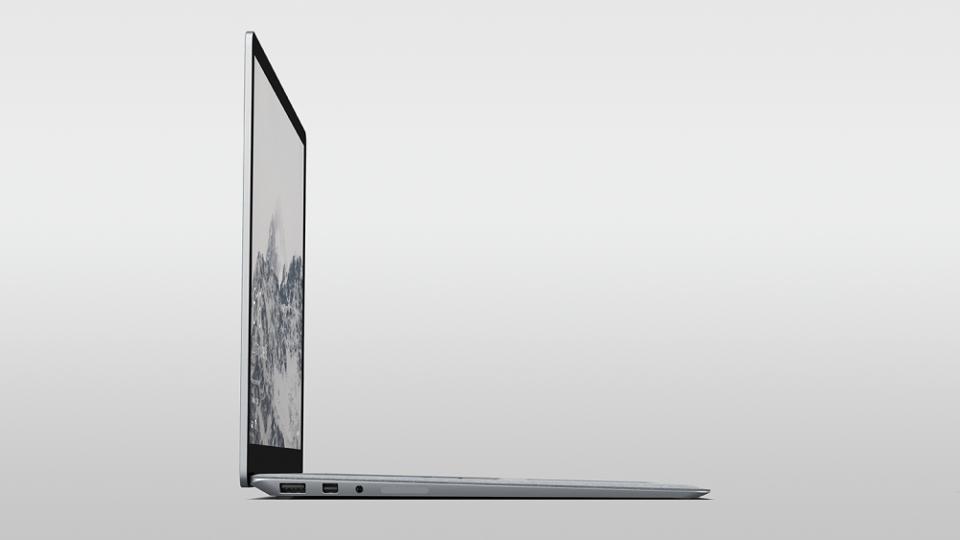 When it came to input, Microsoft decided not to fix what was not broken and went for the Precision Trackpad which is the same as the trackpad in the Surface Book. This trackpad support five-finger multi-touch gesture and offers a great user experience in a way that didn’t seem to need fixing. It will also have a full-size back-lit keyboard with a soft-touch feel and 1.5mm of key travel. This keyboard will be surrounded by a large palm rest with the premium Alcantara material for maximum comfort. I believe that this could be a big risk for Microsoft, but it could also result in people begging for this in other laptops down the road if it can live up to the daily abuse. Users can also log into their computers using Windows Hello facial recognition with enterprise-grade security to back it up. I love Windows Hello login and I think you will, too.

Microsoft opted for a standard 802.11 a/b/g/n/ac wireless connectivity setup, but having 802.11ad would have been nice for quick file transfers and wireless docking among other features. The Surface Laptop will have Bluetooth 4.0 LE which unfortunately just got outdated by the Samsung Galaxy S8 with Bluetooth 5.0, but hopefully we’ll see it updated to 5.0 in the next version. There is no cellular capability on the Surface Laptop, but it may be something for Microsoft to consider if they want to really deliver on their promise of always on connectivity. Perhaps at least offering it as part of a special enterprise or commercial SKU to keep the device connected and sleek. All of this is powered by Microsoft’s Surface Connect for magnetic power and docking which seems to just work, but I wish they would have used USB Type-C and/or Thunderbolt 3 for modularity and interoperability’s sake.

In addition to the connectivity and interfaces, the Surface Laptop features a front-facing 720P HD video camera for video conferencing. Another camera handles the Windows Hello sign-in capabilities, but doesn’t improve the overall quality of the 720P video. I really would have liked to see Microsoft offer at least 1080P on their Surface Book, especially when you consider how high resolution the display is. The Surface Laptop also has ‘OmniSonic’ stereo speakers which are Dolby Audio Premium certified and hid behind the Alcantera inconspicuously.

While I haven’t had the chance to use the new laptop, it looks very compelling on paper. I like the risks on design and the story of balance. I believe this will be a fine addition to the student selection and over time, general consumers and businesses. I will tell you more as I get to use one, but so far this looks good.