Less than a month ago, I attended Microsoft’s Windows 10 Devices Day in New York City along with hundreds of journalists and around twenty other industry analysts from around the globe. This event’s purpose was to update the industry on Microsoft’s latest Windows hardware, as a follow up to the Windows 10 software launch earlier this year. At the event, Microsoft showed off new HoloLens capabilities, new Lumia smartphones but most importantly, new Surface PCs. Microsoft’s biggest announcements, however, were mostly focused around the PC. Even Windows Phone 10’s most touted feature was basically PC desktop modularity. 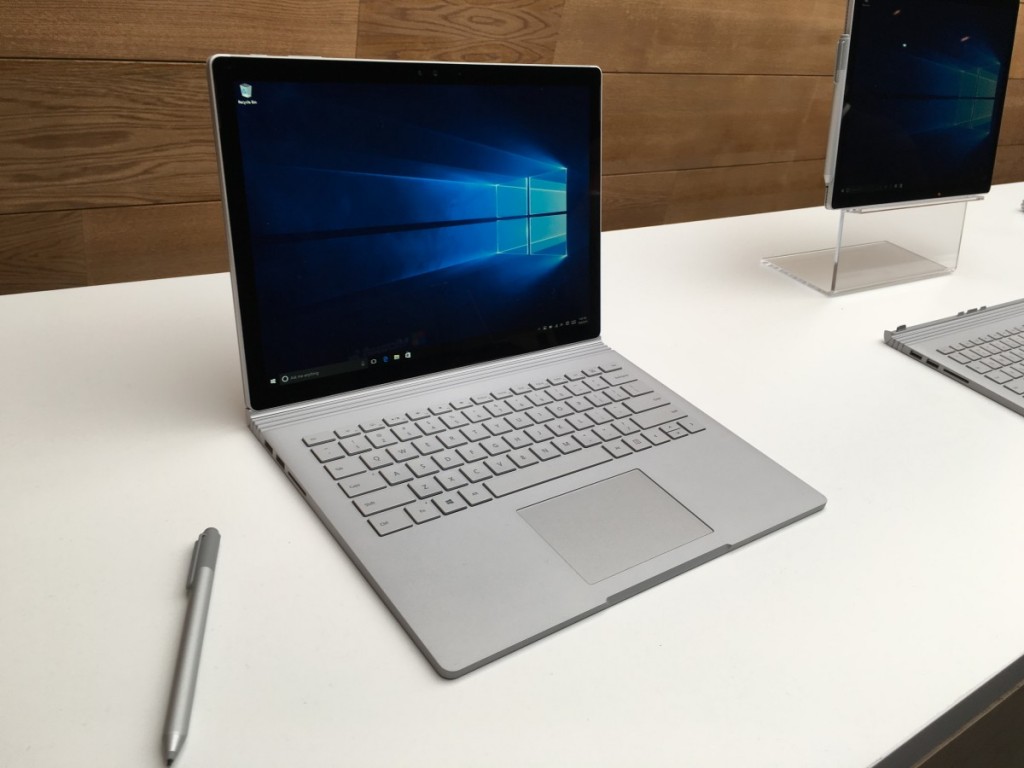 Microsoft really pushed the envelope with their Surface line this year. They didn’t just introduce a new and improved version of the Surface Pro, which we were all expecting. The company announced an entirely new product line within the Surface family of products called the “Surface Book”. If this sounds familiar that’s because Microsoft seems to have borrowed their ‘Brand + Book’ naming from their biggest competitor, Apple. However, it could be argued that the borrowing really goes both ways with Apple’s iPad Pro borrowing many things from Microsoft’s Surface Pro line of tablets, including the use of a stylus (yes, that ‘Pencil’ is still a stylus) which the late Steve Jobs abhorred, and a keyboard. The combination of notebook and tablet PC was cleverly referred to by Apple CEO Tim Cook as a “fridge-toaster” at one point.

The Surface business for Microsoft is no longer a side show either, and even though the profits (or losses) for this division are unknown, we do know that it is already a $3.5 billion revenue business with essentially only two products, the Surface Pro and Surface lines of tablets. Dell and HP Inc. are also distributing the Surface Pro and I wrote about that here. Now, with the introduction of a third product line, Surface Book, we may see Microsoft really grow the size of the Surface business in ways that nobody may have ever expected. We all need to keep in mind that Microsoft did have to write down nearly $1 billion from the Surface division a few years ago, but most of that was tied more to the failures of Windows 8 and more specifically Windows 8 RT tied to ARM Holdings -based silicon which could run Win32 desktop apps. Designing great products and experiences is a good start, but making money on it is another matter. Apple has that down cold.

Microsoft’s new Surface Book features a unique 2-in-1 design which I believe now officially cements the 2-in-1 category as not just a passing fad. Both Google and Apple are now entering the 2-in-1 category after PC makers started offering them with Intel‘s initial first push. However, the Surface Book itself is nothing like any 2-in-1 before it. The Surface Book combines a fully functional high performance tablet with added electronics inside of a very good laptop keyboard and touchpad. One of the biggest innovations of the Surface Book is that Microsoft managed to squeeze a dedicated graphics card into the keyboard portion of the 2-in-1 in order to help power the high resolution display for 3D and media purposes. This is in addition to the fact that they managed to squeeze an Intel Core i7 into such a form factor, which is just incredible.

I really appreciate Microsoft took one of the most aggressive stances on modularity, essentially separating the discrete GPU from CPU, memory and storage. This is big and hopefully just a peek at what modularity can bring.

But the event wasn’t just about the Surface Book as Microsoft also showed off the most anticipated piece of hardware, their Surface Pro 4. With Intel’s new Skylake CPU refreshes, resolution increase and other new technologies, it only seemed like Microsoft was already taking an already great product and only making it better. They have once again improved the keyboard and touchpad on the Surface Pro 4.