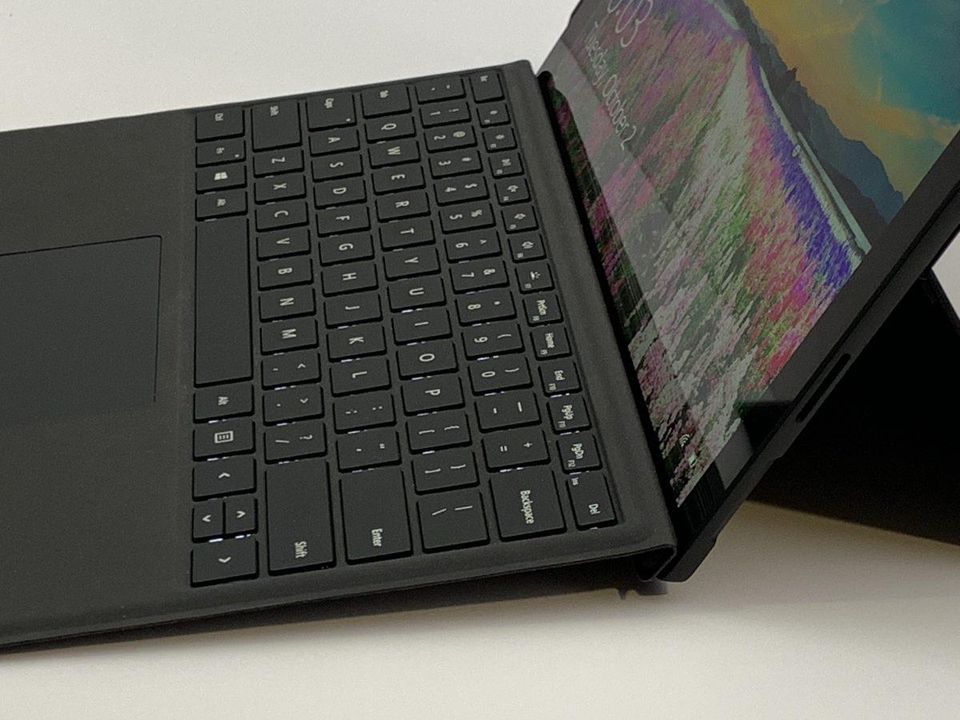 Today I attended Microsoft’s event in New York City where it unveiled a whole suite of Surface products and Windows updates geared toward enabling personal productivity and managing the balance between work and personal lives. These announcements come on the heels of Microsoft Ignite 2018 in Orlando, FL, which I attended last week and covered extensively (see Part 1 and Part 2 of my coverage of the event if interested, as well as my take on the new Surface Hub 2). As anyone who follows Microsoft knows though, you know the company never sleeps. Let’s take a look at these new products and experiences announced today, and how they fit into Microsoft’s vision of a well-balanced digital lifestyle.

Microsoft spent significant time setting the table for the new announcements, expounding on how the digital age has transformed our lives and work to the point that many feel as though they are “always on.” I can certainly personally attest to this. I am 50 years old but work like a millennial. On the downside, we spend significant portions of our days looking at screens and checking our phones, and it can be very hard to focus, stay productive, and find meaning in both our personal and work lives. According to Microsoft, many people today see their careers “less as a ladder, more as lattice,” and are more focused on personal growth and pursuing multiple passions. I think Microsoft is spot on in this analysis—I’ve heard the same thing from many millennials, including my own GenZ kids. With all of this in mind, Microsoft is heralding what it is calling a “new era of personal productivity” with new technology that it says “empowers” instead of “overwhelms.” Microsoft had given some hints to all of this at the Inspire channel event, but at today’s event, it went big and public with its strategy. 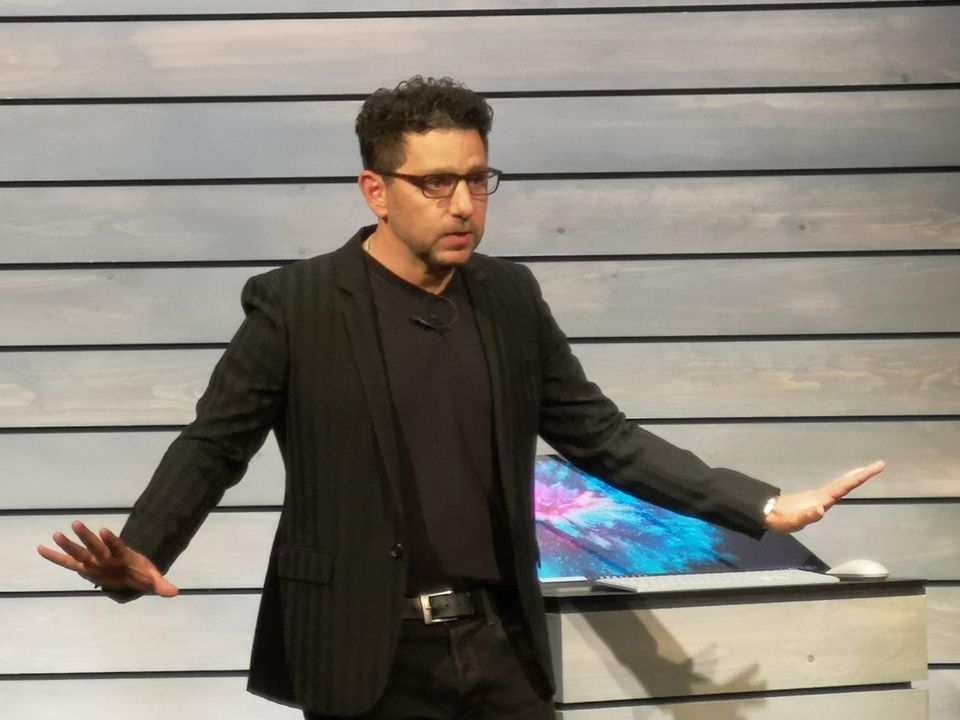 To this end, Microsoft announced a slew up additions to its Surface portfolio. These include the Surface Pro 6, Surface Laptop 2, Surface Studio 2, and Surface Headphones, as well as a new purchasing option called Surface All Access. In my mind, these all bring minor but welcome improvements. Let’s dig a little deeper.

The Surface Pro 6 2-in-1 now features a new Black color option and sports Intel 8th Gen Quad Core processors, which Microsoft says makes it 67% faster than its predecessor. Microsoft is claiming an all-day battery life, up to 13.5 hours. What this likely equates to in terms of a productivity use case are around 7-8 hours. As I have said again and again when it comes to battery benchmarks, I wish manufacturers wouldn’t only focus on video playback—it only hits a small percentage of the hardware, one tiny video playback block on a GPU which is on a SOC. Video playback is important, but I would also like to see a “whole life” battery life benchmark using Outlook, inking, surfing the web, etc.

The Surface Pro 6 also now features an 8.0 MP auto-focus camera, a 12.3″ PixelSense Display, and a full-friction hinge that enables a more seamless transition between the various user modes. My main feedback with this new iteration is that I really wish Microsoft would have added USB-C as it did with the Surface Go. Still, it is important to understand that few USB-C peripherals (such as mice, printers and USB sticks) currently even exist, and even that external displays can be connected in other ways.

Microsoft also unveiled the Surface Laptop 2. As with the Surface Pro 6, the Surface Laptop 2 is also now available in black and upgraded to an Intel 8th Gen Quad Core Processor. It features a 13.5” PixelSense touchscreen, with thin bezels and edge-to-edge display. The device also claims a 14.5-hour battery life, likely meaning 7 hours of productivity battery life.  Not to sound like a broken record, but some will wish Microsoft had added USB-C to this device as well. 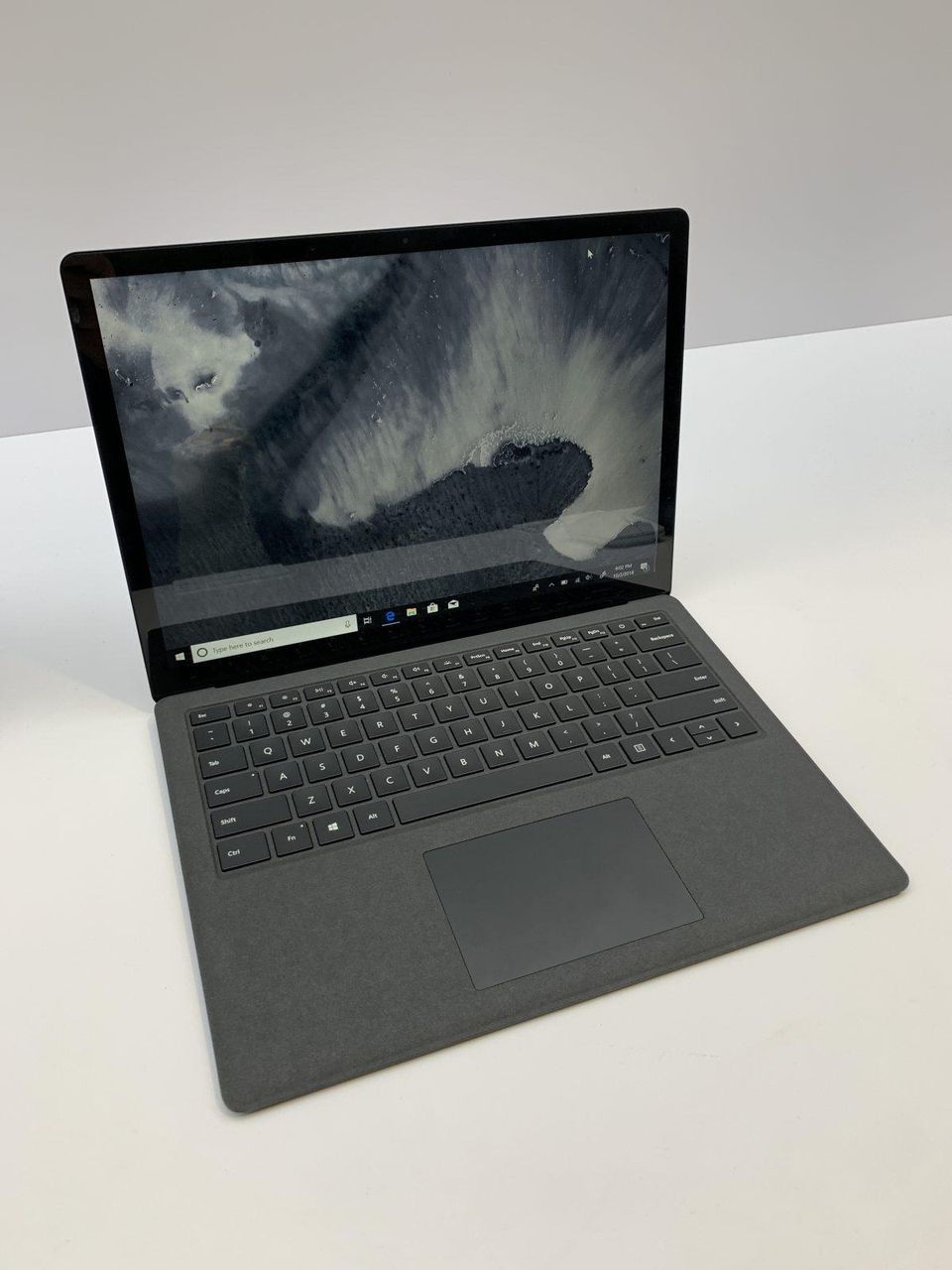 At the event, Microsoft also introduced the Surface Studio 2, the second iteration of this one-of-a-kind device geared specifically towards creatives (read my take on the original launch here). The digital studio now features 50% more graphics performance. As with the prior Studio, it features Surface Dial integration and supports rich Ink experiences across Office and other software. Additionally, Microsoft upgraded the Surface Pen with tilt sensibility and 4,096 levels of pressure. This is a big deal for anyone who uses a pen for a living. While the Surface Studio 2 includes USB-C support, I will say that I would have preferred to see Thunderbolt 3 for external storage. 2TB of internal storage works for small video editing, 2D, and of course productivity, but it just isn’t enough for more demanding use cases such as 4K and 8K video production and 3D modeling and design. It’s important to note that the Surface Studio 2 is super-thin and its base no larger than a large display base, so it’s hard to cram everything inside. 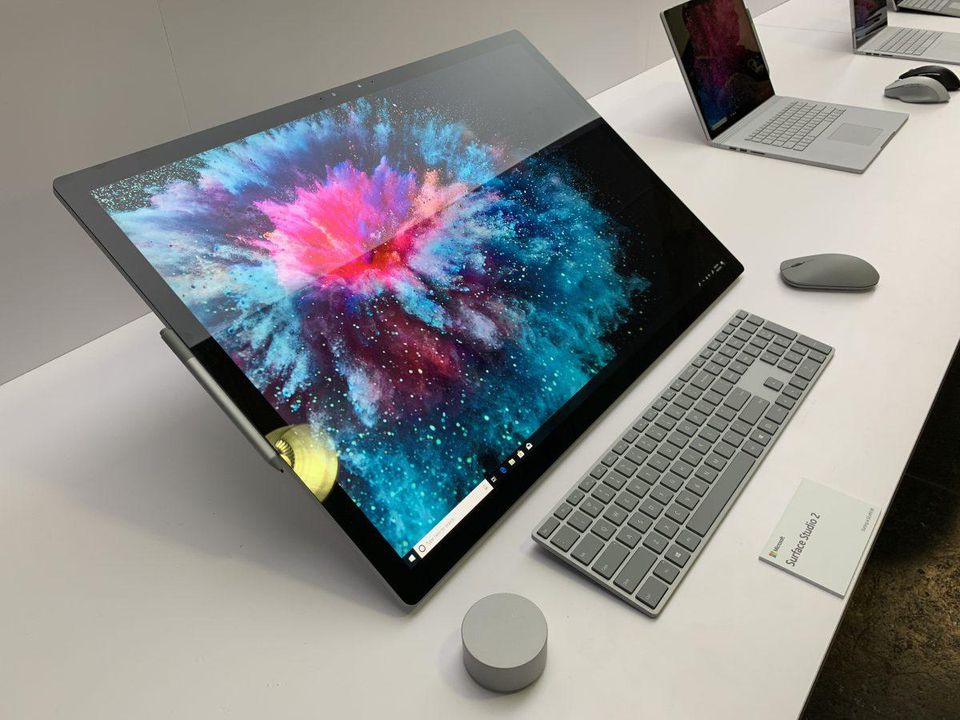 The last Surface product announced at the event was the Surface Headphones, which is Microsoft’s first premium, “smart” headphone experience. Microsoft says the Surface Headphones are integrated with all the Microsoft services and experiences customers love, featuring rich audio, hands-free calling, adjustable noise cancellation, and automatic pause and play. My take? These headphones are very comfortable great for blocking out the world and doing your thing. In the future, I would like to see more work done on doing calls and communications (ie Skype) inside co-working facilities. In my experience, the worst thing about working in a WeWork is the inability to make a private call. The “phone booths” are metal-shielded and block both LTE and WiFi signals—not to mention they are also occupied most of the time. Still, the Surface Headphones look like a great first step in the right direction. It’s a crowded market right now and I believe Microsoft will need to do some big marketing to move the needle. 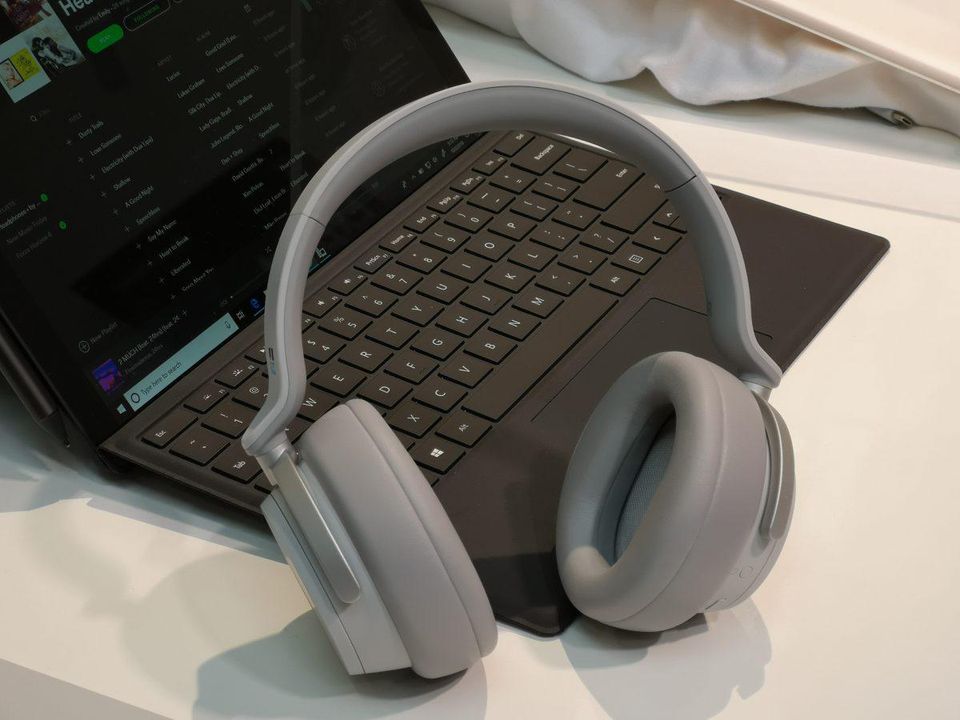 In addition to all of these new additions to the Surface portfolio, Microsoft also announced Surface All Access—a service that allows users to pay a monthly installment for their Surface product of choice, starting at $24.99 a month (Surface Go) for 24 months. This offer comes with an Office 365 subscription, in addition to in-store training, and support. The inclusion of Office 365 makes this a particularly reasonable offer in my mind—that alone goes for $9.99 a month.

Microsoft also announced the availability of the October 2018 Windows 10 Update. The most important parts of this, in my opinion, are two features geared toward bridging the gap between iOS/Android devices and PCs—the new Your Phone app and Windows Timeline for phones. The Your Phone app allows users to use their PC to respond to texts and notifications and access photos from their Android phone. While Apple users have enjoyed a similar capability with iMessage for years, this is new for Windows. Microsoft says this will enable users to maintain better productivity and focus by not having to glance back and forth between devices.

The big surprise of the show was the Microsoft, in the future, will add “app mirroring” where you can interact with your Android phone apps on your Windows 10 device. This is a “future” and the company showed interacting with an Android Instagram app on the Surface. Blackberry had a similar feature almost a decade ago and am looking forward to learning more. This is huge and I love it. I talked with Microsoft afterward and it said that this was done via an RDP (Remote Desktop Protocol) session between the phone and PC. Very cool, indeed. 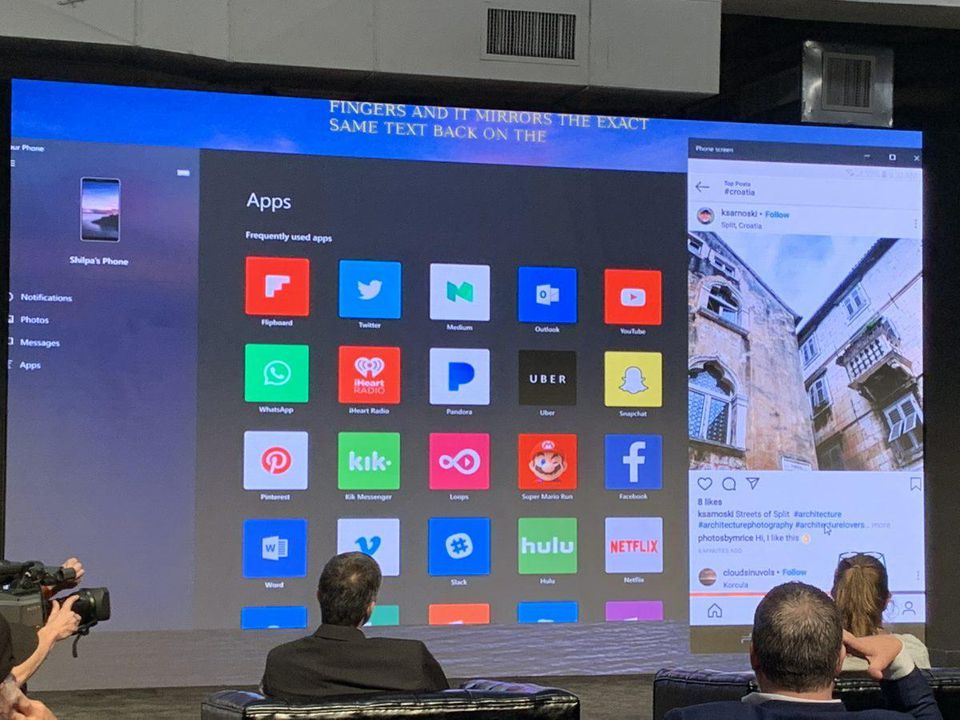 With the update, Windows Timeline is now available on users’ phones. Windows Timeline is a feature that basically allows users to travel back in time to locate files and websites they were using. I use this feature a lot on my PC because I go back and forth between so many devices I lose track. This is especially useful given how often the modern user switches back and forth between devices. It’s become more difficult to keep track of where things are, and where you accessed them last. If Timeline functions as advertised, more apps get support, it should significantly help with this. I like Timeline for Windows and I think I will like Timeline on my phone.

I’ve been using these features for months now, in particular, the Your Phone app–I can attest to their usefulness. This is a very big deal, and to do it cross-platform is frankly huge.

Microsoft also announced some improvements to Microsoft Office geared towards creation. In PowerPoint, users can now turn an inked bulleted list into formatted text and inked flowcharts or diagrams into text and snapped shapes. Additionally, Microsoft says its Designer feature can recommend slides to users based on what they sketch out on a blank canvas. New inking abilities are also coming to Microsoft Word. Microsoft says the Ink Editor feature allows users to edit Word documents from start to finish with their digital pens and touch-enabled devices—no keyboard necessary.

Microsoft is on the right track with these updates, if you ask me. The new additions to the Surface portfolio bring minor but welcome improvements, and the new Inking features in Office look to be a great, useful application of AI. The thing I’m most impressed with is the increased phone-PC integration that comes with the Your Phone app and Windows Timeline on phones. These features make cross-device usage significantly easier, and legitimately improve user experience (take it from me). Microsoft has a clear vision—to provide technology that empowers people across their work and personal lives. Today’s announcements appear to do just that.