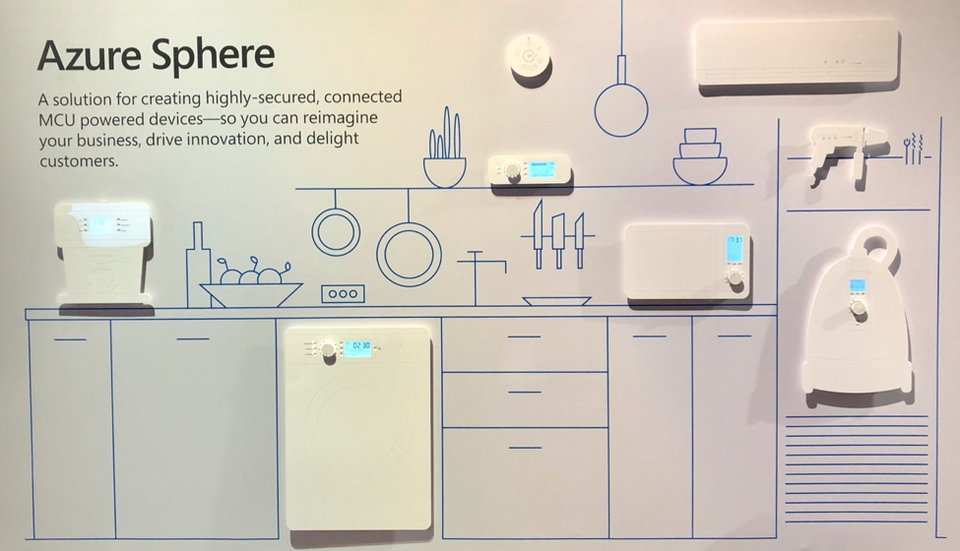 Recently, I attended Microsoft Ignite and Envision in Orlando, Florida. One thing that struck me, especially when visiting the show floor, was how Microsoft

—more so than most companies in the industry—has created an economy around its technology. The sheer number of companies, employees, service providers, and solutions that rely on Microsoft’s innovation is impressive. The company truly touches every aspect of the business world. During Ignite, Microsoft unveiled several critical announcements around security and the Internet of Things (IoT) that are worth noting.

IoT is changing the security industry from both a physical and cyber perspective. Security (physical and cyber) is the central challenge for today’s business world. Sooner or later, all companies are forced to shift their attention away from running their core business to defend against attacks, and in most cases, they are underprepared. A lack of resources, expertise, and scalability keep organizations from moving from a defensive to a proactive security stance. Further complicating security environments is the heterogeneous and distributed nature of global IT. Microsoft is taking a very technology-centric approach to cybersecurity, utilizing machine learning and artificial intelligence (AI) tools to analyze the 3.5 trillion (yes, trillion) security signals per day and over 5-billion distinct malware threats each month. However, it also employs over 3,500 security operations center (SOC) professionals to cover the human-factor. Microsoft’s cybersecurity approach of monitoring, detecting, and responding (MDR) is a good start, and it will become more relevant as AI becomes mainstream. However, the hybrid human/cloud/AI security operations strategy must not diminish as the number of IoT end-point increases. Effective cyberwarfare requires a holistic approach that employs humans, data, and machines, with consistent security policies across each device.

Traditionally, many perceived Microsoft’s IoT strategy as merely a cloud to edge approach—a centrally managed way to connect more end-points to the Azure Cloud. While there may still be some truth to this, Microsoft has realized the potential of AI to bring intelligence and autonomy to the edge. One of the challenges the IoT industry faces is moving from proof-of-concept to production environments. One of the main reasons for this is the inability to visualize, simulate, and model connected devices in both a physical and digital world (i.e., understanding how a device or sensor will perform in its intended environment). Sam George, Microsoft’s IoT leader, and his team announced Azure Digital Twins to address potential performance challenges at the edge. In essence, Digital Twins refers to replicating a physical device in the digital world to understand how a device will perform in various environments. Azure Digital Twins will give Microsoft’s IoT customers the ability to test and analyze past performance to predict future scenarios for smart edge devices within Azure. One of the companies that pioneered the Digital Twins market is McLaren Applied Technologies, who uses the technology to digitally predict the performance of sensors and meters in Formula 1 cars, devices in manufacturing environments (especially pharmaceuticals), and monitors within the transportation industry. McLaren takes Digital Twins to the next level. Some predict Digital Twins will accelerate the fourth industrial revolution, but I’d be happy to see more IoT projects go into production with realistic TCO and expectations.

Another compelling announcement was Microsoft’s Azure Sphere, a development kit that delivers security, intelligence, and functionality to microcontrollers (MCU). Microsoft stated that there are over 9 billion MCUs shipped every year, which power smart watches, phones, thermostats, TVs, and much more. The world of cloud and edge computing runs on Linux. Although Microsoft did not make a big deal about its acquisition of GitHub and support of Open Source, Azure Sphere is its first product that indeed gives a “hat-tip” to Linux and the open source community. I can remember the days when Linux was considered heresy within the halls of Redmond. One could say, Azure Sphere is a response to AWS’ Greengrass at the edge or even the Amazon FreeRTOS operating system, but I disagree (somewhat). Microsoft’s Azure Sphere strategy is a way to compete and provide open cloud-to-edge and back services on top of cloud-native solutions like containers, distributed/agile applications, DevOps, and microservices. However, my favorite benefit is Azure Sphere’s ability to deliver multi-layered security to the edge. This is something that has been needed for some time to bring the IoT industry from POC to production.

Although Microsoft’s vision is big, and its products show tremendous leadership and promise, the economy of innovation is struggling to catch-up. Many of the showroom vendors showcased what their customers are buying today instead of what the next generation of IoT and AI could mean for efficiency and production. That said, Microsoft has a vision and strategy to bring next-generation technologies to real-world companies focused on solving their customer’s business problems. Even though Microsoft owns the macroeconomy, it’s important to remember that it’s the micro-economy that drives the overall market.

I look forward to binge-watching the show!