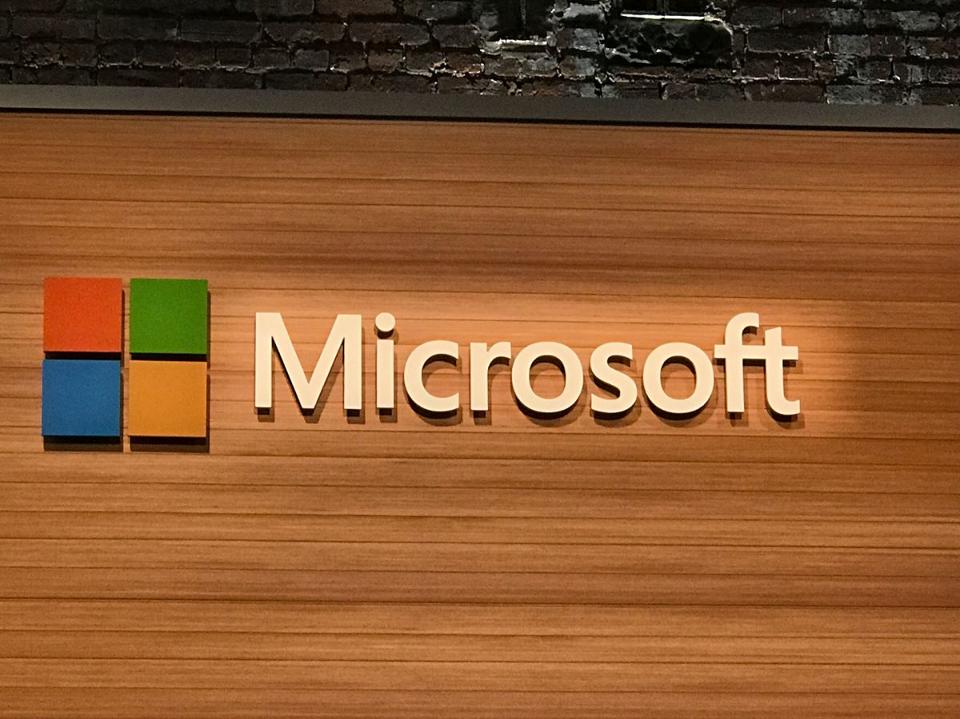 I have spent the last few months attending some key industry technology shows as do many industry analysts. I attended Google Next 17 Day 1 and Day 2 , IBM Interconnect and Facebook F8 Day 1 and Day 2.  Last week I attended another important event, Microsoft’s Digital Difference event in New York City. I got to hear from some of Microsoft’s newest, biggest customers about the work they’ve been doing together to embrace digital transformation. These were just a handful of Microsoft customers who are doing digital transformation projects, but it was nice to go deep versus a crop-dusting.

Microsoft is doing digital transformation projects with 1,000s of customers

While at the events I attend it’s pretty standard operating procedure for these companies to parade out their customers, Digital Difference was special because Microsoft does not tend to do this very often. I’ve been saying for a while that Microsoft is a lot more successful in these high-flying digital transformation projects involving IoT, cloud and machine learning than they tend to let on, and I left Digital Difference feeling validated in that thesis. I thought the best way to share the experience was to talk about Microsoft’s customers, what they are doing to transform their businesses and touch on the Microsoft’s technologies. 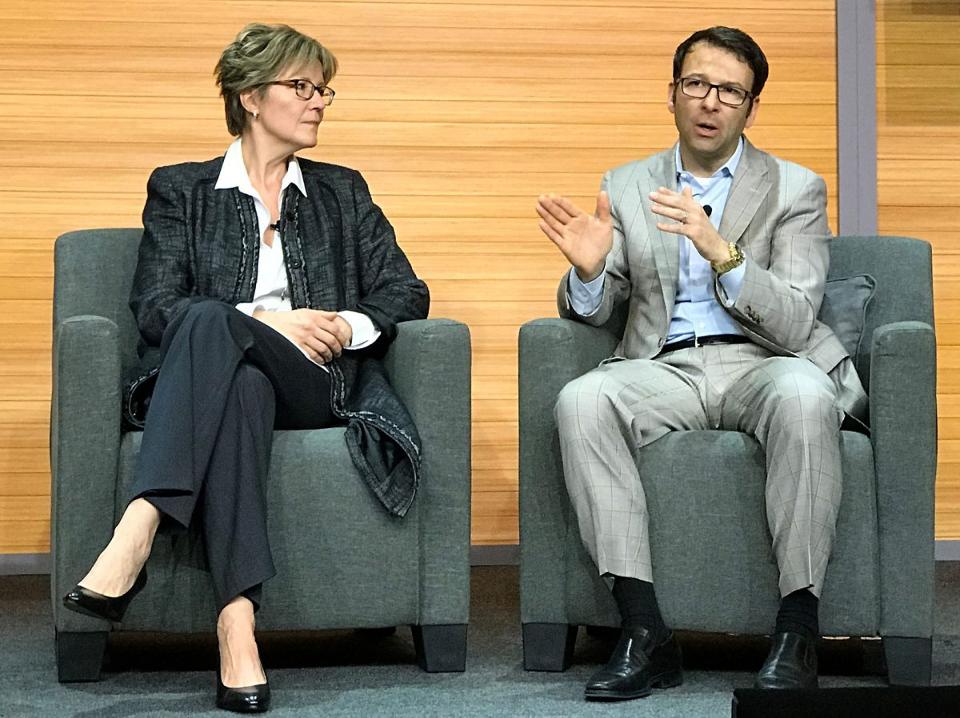 The Digital Difference event kicked off with an on-stage conversation between Judson Althoff, Executive Vice President, Worldwide Commercial Business and Abbie Lundberg, contributing editor, Harvard Business Review to discuss the Harvard Business Review Analytic Services Report. The report was released Wednesday and sponsored by Microsoft. A key finding for me here was that while a large majority of business leaders believe that their industry will be drastically affected by digital transformation (80% to be exact), less than half have a digital strategy in place to actually address this impending upheaval.

According to 84% of the business leaders surveyed, their industries have either already reached that turning point, or will reach it by 2020—only three short years from now. The talk of digital transformation and disruption is nothing new—I don’t remember the last big conference I attended where it wasn’t a topic. However, the numbers presented in this survey are pretty striking. I think the businesses who aren’t adequately prepared for the digital age are really going to start to feel the fire beneath them in the next couple years to take the right steps and choose the right technology partners to help lead them into the future—partners like Microsoft.
You can find a summary of the report at Microsoft here and the full report here.
UBS leveraging Microsoft Azure to power risk management platform
One of the companies we heard from was UBS—the world’s largest wealth management company. UBS announced that Microsoft Azure has been instrumental in their digital transformation and migration to the cloud. We learned that they’ve been using Azure to power their risk-management platform, and that they’ve been seeing some serious benefits—faster calculation times, lower infrastructure costs, and a dramatic increase in scalability.

UBS cites Microsoft’s significant focus on regulatory compliance as one of the key motivators behind their move to Azure—not surprising considering the abundance of regulations in the financial world. In that arena, Microsoft has a unique Financial Services Compliance program, which gives transparency into their cloud operations so that UBS and regulators can make sure everything is on the up and up in terms of security and risk management. I have no doubt this program is a big part of why so many financial institutions are turning to and relying on Microsoft Azure—an impressive 80 percent of the world’s largest banks according to Microsoft.

Bank of America Merrill Lynch was also showing off what they were doing with Microsoft on Blockchain built into their SBLC process flow.

One of the other big names showcased at Digital Difference was Maersk, the global transport and logistics juggernaut. Maersk is huge—a fleet of over 1,000, with offices in 130 different countries. They transport more than 17 million containers every year, and their operations generate a veritable flood of data (via GPS, flow meters, sensors, time stamps, etc.), that up until recently hasn’t really been harvested and put to use. This is one of the places where Microsoft comes in—Maersk is a new Azure customer, and through Damco (their supply chain solutions business unit) they’ve begun leveraging the cloud to analyze this wealth of data. They say Azure is providing them with tactical and strategic insights to improve efficiency and decision-making, and generating new revenue streams and lines of business.

One example of how they’re putting their data analytics to use is they’ve managed to improve their fuel efficiency, and lowered their emissions per container by 42%, from 2007 to 2016. Obviously, this is great for the environment, but also from a business standpoint it’s going to save them a lot of money in the long run—Maersk projects that data analytics will grow their annual bottom line by tens of millions of dollars.

Also announced was that Maersk is building an app store that, powered by Microsoft Azure, aims to increase operational performance as well as improve the visibility and predictability of supply chains. I’ve seen Maersk before at various IoT events, and I’m always impressed by the levels of sophistication and innovation they demonstrate—from predictive maintenance and remote container management, to automated tugboats. Maersk is a transportation and logistics leader but also a technology leader. 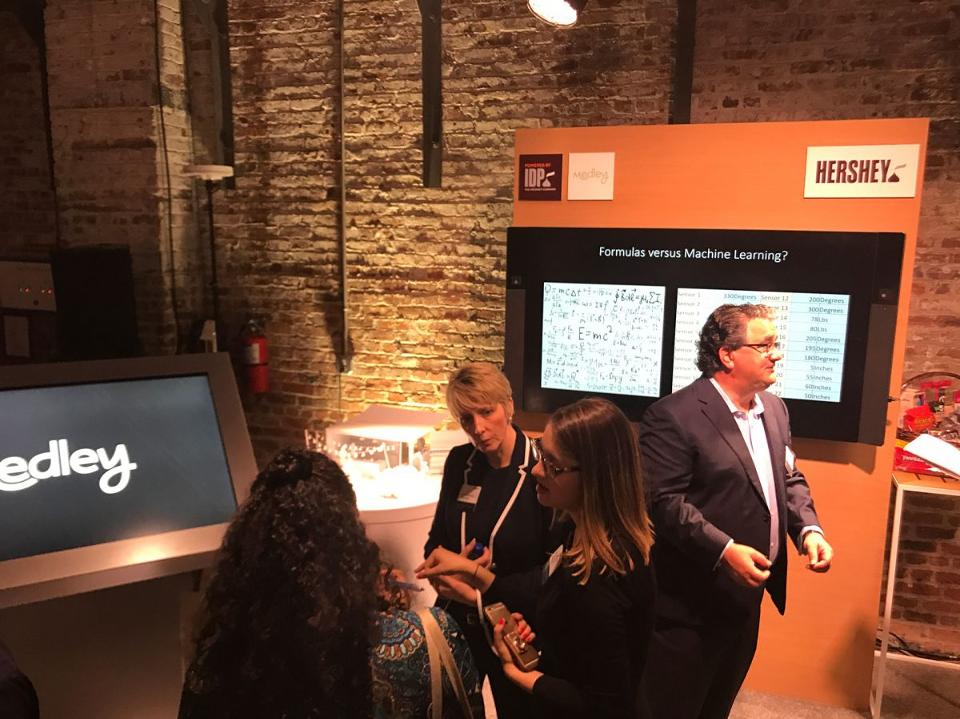 Hershey and IoT and machine learning? Of course!

We also heard from The Hershey Company—I doubt I must tell you what they’re known for. They’re a company that was founded in 1894 and have the loyal customer base to prove it. They’ve announced today that they’ve adopted Microsoft Azure, and have been using IoT sensors and Azure’s Machine Learning capabilities to process data and glean insights that allow them to improve and innovate on the manufacturing side of the house. Hershey’s also acts as smart environment advisers to their numerous brick-and-mortar and online retailers to help improve customer experiences by blurring the lines between physical and digital retail experiences. I think this partnership is special—one of the great companies of the 20th century digitally transforming with the help of a 21st century innovator. I believe this ability and willingness to change with the times and adopt the latest technology is likely a big part of why Hershey’s is still around after 123 years and counting—that, and the chocolate of course.

GEICO, the direct auto-insurer giant covering 24M automobiles and 36K employees, was also showcased on Wednesday, announcing that they had adopted a hybrid-cloud strategy from their legacy systems to Microsoft Azure. GEICO says that Azure allows them to automate and create infrastructure within the cloud, which in turn will speed up and simplify customer transactions, making their services available 24/7. 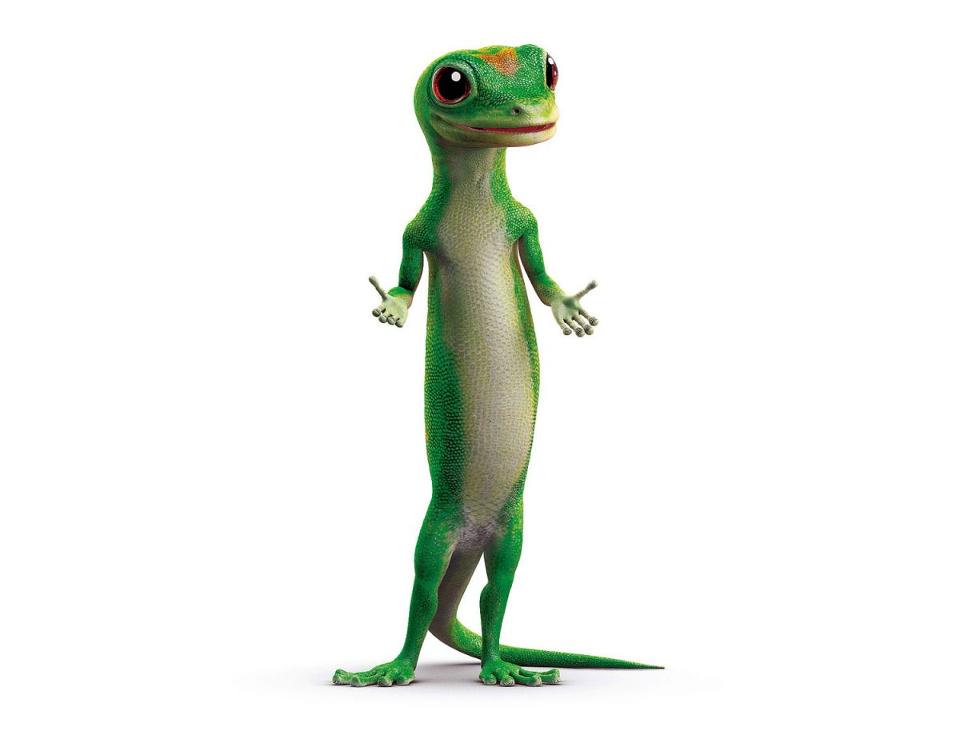 GEICO Gecko did not make it to the event

GEICO lauded the Platform-as-a-Service model, and Microsoft’s willingness to work with them and fill any gaps they’ve found in Azure’s capabilities. I think it’s this quality that sets Microsoft apart from a lot of other partnerships I’ve seen—it’s obviously a lot more beneficial to work with a company that’s willing to actually listen and address their customers’ custom needs

Thyssenkrupp, an industrial company with 156K employees operating in 80 countries, is best known for their elevators and mobility solutions. The company is letting their customers visualize through mixed reality what solutions will look like in their own homes, using Microsoft’s HoloLens. Not only can clients use HoloLens to visualize, but also to configure, price, and quote a solution in real time, which Thyssenkrupp says will speed up delivery time by as much as 4 times. Their HoloLens demonstration was awesome.

While not the flashiest demo, but one of the most interesting stories, was Kings Hawaiian’s demonstration of their smart Powershelf—capable of tracking product availability of their signature sweet rolls, and triggering a restocking alert whenever it detects the shelf is empty. The company can then access all the data they accumulate via Microsoft Azure, and analyze it using Power BI to help make decisions about how they should be stocking their product at various locations. The future is here, folks—we’re digitizing bread. 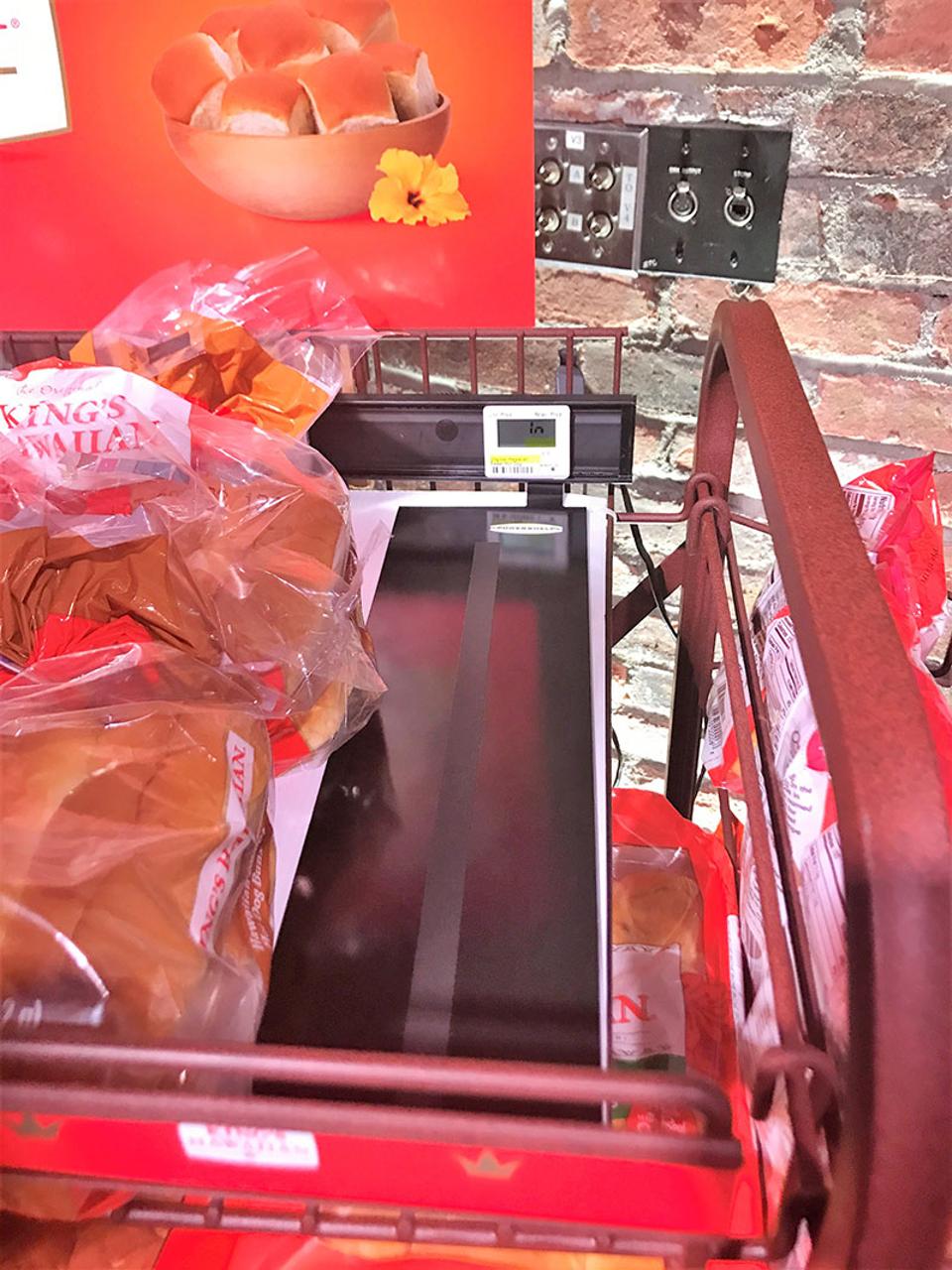 Other tech companies with a very small number of real enterprise customers are tending to get the big ink on their customer wins. I believe that is because those companies are viewed as consumer tech companies, so when they do win enterprise business, it’s a bit of an oddity.

Microsoft is all about business and productivity, make no mistake, and are finally doing deep-dive events like this to show what they’re up to. I was extremely impressed by what Microsoft and their sampling of customers showed us at the event. Like I said earlier, they don’t really tend to do the whole customer dog-and-pony show as much as other big tech companies do, and as much as I can appreciate the intrigue, it was nice to catch a glimpse of what they’ve been working on lately.

Azure public cloud, Azure IoT, Azure machine learning and Hololens appear to be the product de jour for companies trying to usher in their own digital transformation in the cloud, with Microsoft’s business focus, reliability and security being a major selling differentiator versus the consumer company, commercial plays. I’m sure more big enterprises will follow suit and get on board over the next several years, and I look forward to seeing more of what Microsoft and their customers must offer in terms of details in the era of digital transformation. I will be attending Microsoft BUILD in a few weeks and hope to see more examples.