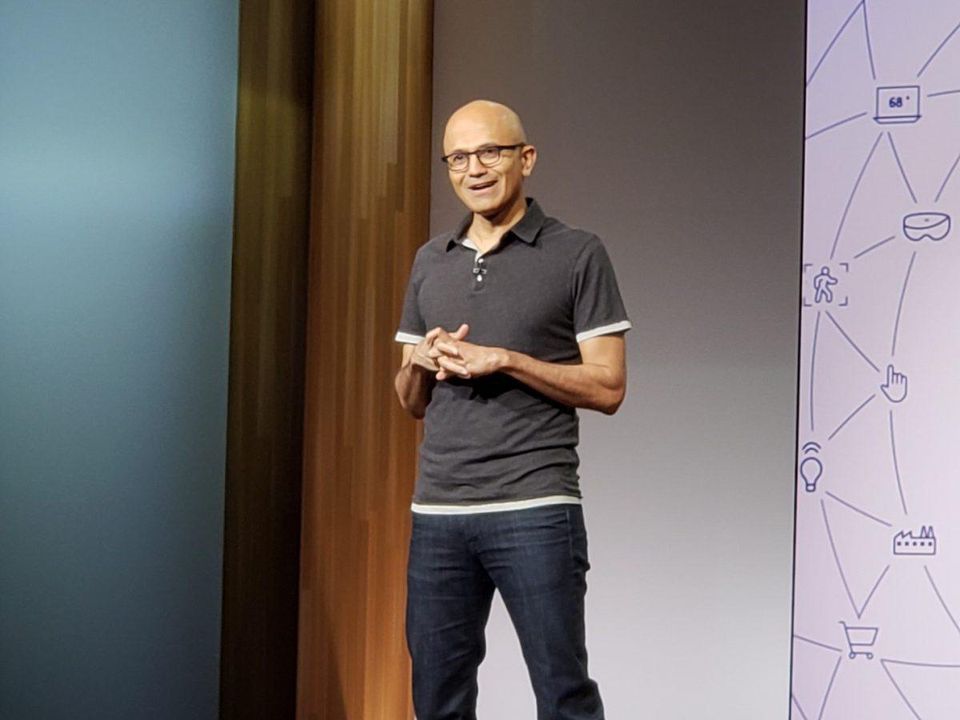 I’m back on the road again attending Microsoft Build 2018 in Seattle, Washington. The company’s annual developer’s conference is always a highlight of the season for me, with developers, partners, press, analysts, and some customers all coming together to hear about the latest and greatest from the tech giant.  Microsoft continues to demonstrate success in modern business and workforce transformation through its cloud and AI offerings, Microsoft 365 and mixed reality. Last quarter, Azure cloud had 93% growth, Office 365 with 42% commercial seat growth, and Dynamics 365 with 65% growth. Microsoft has a long list of new businesses like who are doing these kinds of activities with them like Toyota, Jaguar Land Rover, and Coca-Cola.

CEO Satya Nadella led off the Day 1 keynote and didn’t waste much time launching into the topic of civic responsibility for tech companies (citing the need for privacy and ethical AI). I know Nadella wasn’t talking directly to Facebook and Google, but it sure sounded like it to me. It was a good note to kick things off—positioning Microsoft as one of the “good guys,” before launching into the newest offerings (many of which center around data, AI, and the like). Unlike others, Microsoft’s core business isn’t mining personal information for advertising, so the company from the bat has a good leg to stand on.  Today I wanted to give a recap of some of the more important announcements to come out of Day 1 of the event.

Some of the first announcements that caught my eye pertained to Microsoft’s Azure IoT Edge technology, where, amongst other things, Microsoft announced a new partnership with DJI, developing drones, and Qualcomm, on a machine learning vision developer kit. Another huge announcement here was that Microsoft is open sourcing Azure IoT Edge Runtime. I won’t go into much detail here, but I published a separate, in-depth blog on Microsoft’s IoT news here which I would encourage you to read if interested. 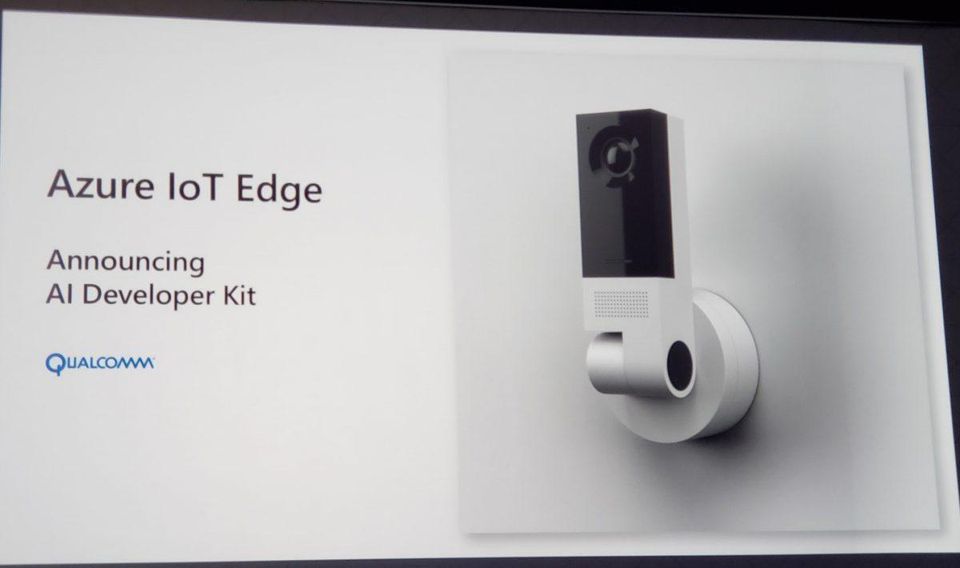 Another IoT-adjacent announcement made at the event was the return of Kinect, in the form of Project Kinect for Azure—a package of sensors and the depth-sensing Kinect camera, now geared towards developers. Microsoft says that Project Kinect can input fully articulated hand tracking and high fidelity spatial mapping, all while making use of Azure AI to gain valuable insights and drive operations. Ironically, this makes more sense in IoT computer vision than it ever did in games, where it was originally introduced to the Xbox 360 in 2010. 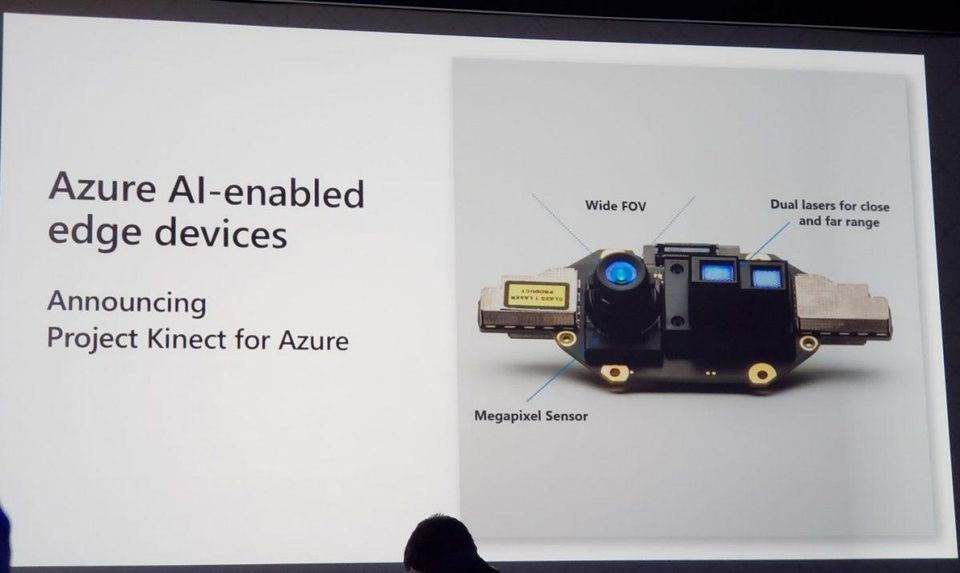 Kinect is back and this time it means business

There were several AI-related announcements on Day 1. Microsoft announced that its Project Brainwave (an architecture for deep neural net processing) is now available in preview on the edge and in Azure. Supporting both Intel Altera FPGA hardware and ResNet50-based neural networks, Microsoft is saying that Project Brainwave makes Azure the fasted cloud to run real-time AI upon.  Specifically, the company means machine learning inference. I have to say Project Brainwave is getting much more interesting and real. Microsoft is boasting up to 5 times lower hardware latency than Google’s TPU, though I’ll have to dig into that claim. Analyst Karl Freund wrote about FPGAs and AI here. 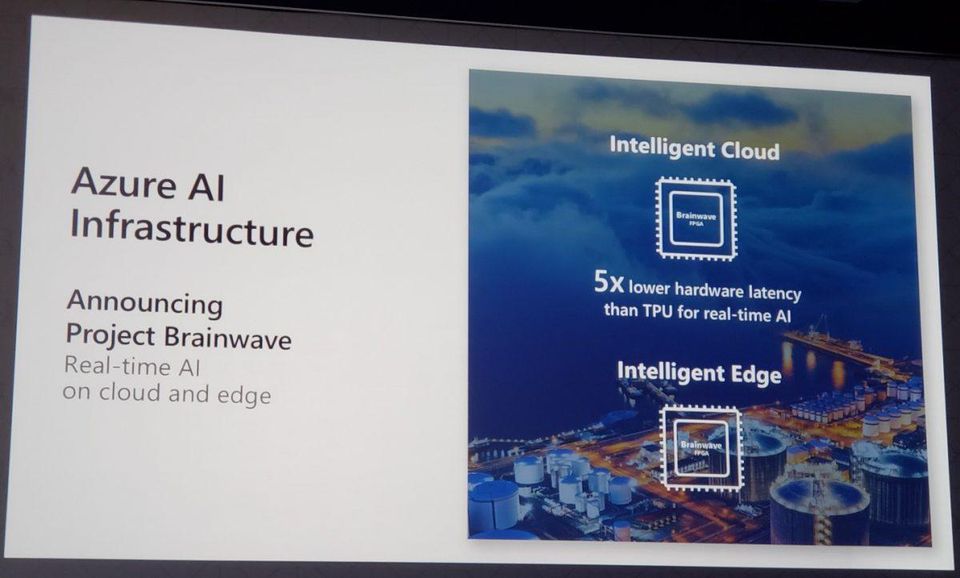 New updates were also announced to Microsoft’s Bot Framework and Cognitive Services, including Custom Vision and Unified Speech. Microsoft has had some success with these and has over 1M developers using them. Microsoft says these updates will drive the next generation of conversation bots, through improved speech recognition, text-to-speech capabilities, translation, and more. One of the cool new things being added is the ability to make custom voice models for bots. I like this a lot—it, in theory, should allow each company’s bot to have its own unique voice. Microsoft is also bringing all of these Cognitive Services to containers, meaning that one could run them anywhere on any platform in any cloud or on-prem solution. 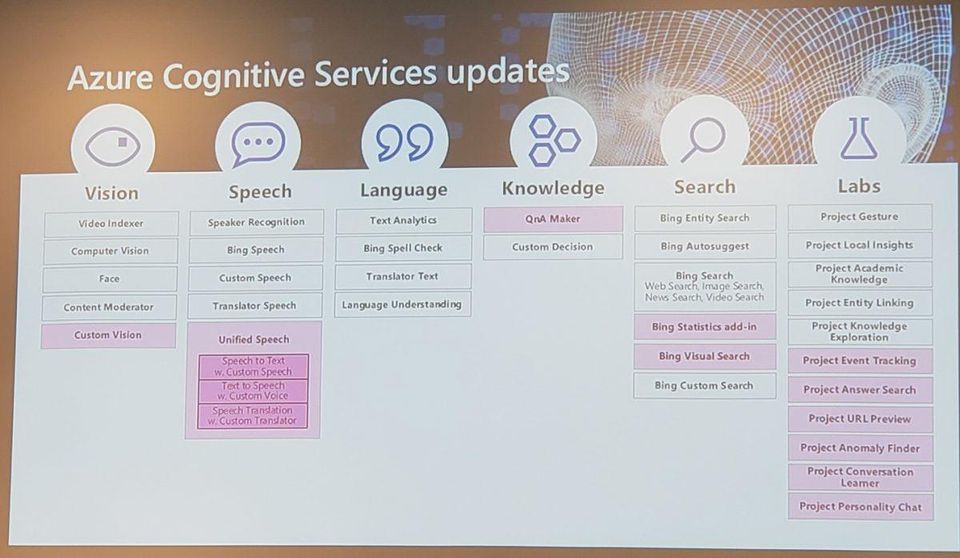 We also got to hear more info (finally, I might add) on Cortana and Alexa integration. Alexa handles personal things, while Cortana handles business things. You can now say, “Alexa, open Cortana” or vice versa. It isn’t user optimized, but I certainly understand the home versus business split. I would absolutely make use of this.

Taking MR to the next level

I was particularly impressed with the two new mixed reality business applications Microsoft announced at the event, Microsoft Layout and Microsoft Remote Assist. These two applications do exactly what you think they do—Remote Assist enables users to collaborate within Mixed Reality to solve problems quicker, while Layout enables users to design indoor or outdoor spaces in context. This is exciting—Microsoft is moving fast from AR demos and custom app development to horizontal apps that look seriously useful and valuable. This has certainly been said before by other people at other junctures, but I mean it: AR is getting real for business. 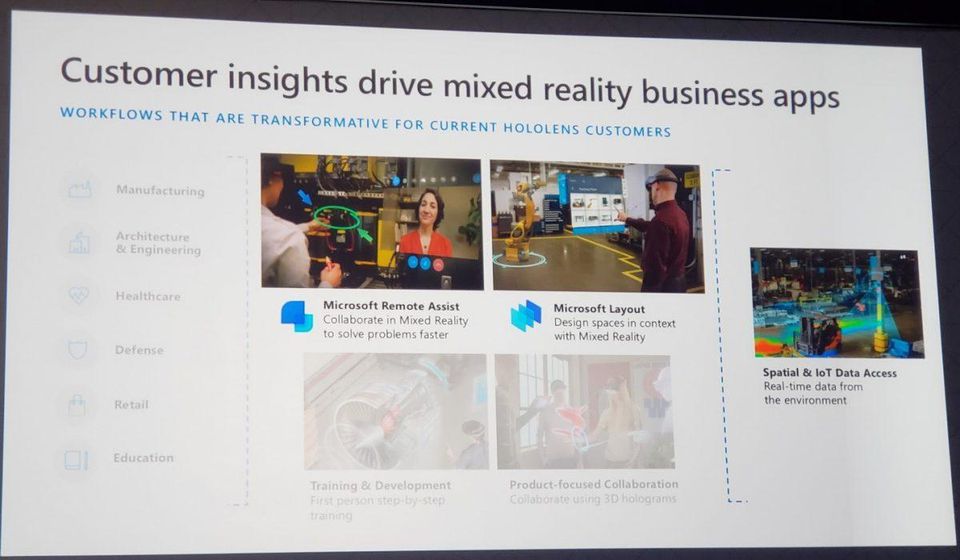 There were a number of new announcements pertaining to Office 365, geared specifically towards making the platform more appealing and useful for developers. Nadella spent a decent chunk of time in his keynote singing the praises of Microsoft Graph. Day 1 brought us the news that Graph will be receiving new, updated Microsoft Team APIs, and that Teams would now support organization-specific applications. These two updates should better enable developers to tailor their intelligent apps to specific business/industry needs. Speaking of Teams, we also learned that the workplace collaboration application will now feature deeper SharePoint Integration, which will allow users to pin SharePoint pages directly into channels.

There was a slew of other developer-geared announcements from Day 1—updates to Microsoft’s Fluent Design System, support for Power BI Visualizations within Excel, and new Azure Machine Learning and Javascript custom functions for adding custom formulas to Excel. Microsoft also announced a complete containerization solution called MSIX, which it says will provide an easy way to convert large catalogs of apps. The last new tool I’ll touch on here is the newly announced Windows Machine Learning, a platform for developing machine learning models in the intelligent cloud that can then be deployed offline to PC platforms. There’s a whole lot of new stuff to chew on here, but the long and short of it is that Microsoft is continuing to position Office 365 as the platform-to-have for developers, and doing a really nice job of building out its toolbox.

I am sure we will hear more about Microsoft 365 today in Joe Belfiore’s Day 2 keynote.

There was no lack of news from Day 1 of Microsoft Build 2018, but I hope this focused highlight reel helped make it a little more digestible. Microsoft is doing some really exciting work in Iot, AI, AR, and Office 365, and it was great to see it all on display. Stay tuned tomorrow for more coverage of Day 2.