Microsoft Office has been the staple of productivity for years, particularly for businesses. Therefore, whenever big changes happen to the product, it’s a big deal. Literally millions of IT departments and users shoulder the burden to learn every new version in hopes of squeaking out every ounce of corporate productivity. Microsoft’s latest version is in preview, out for testing millions of current and some potential users, too. There has been a lot written about the risks on potential pricing and its cloud-first method, but I believe the biggest risk is in its visual design, which looks more like a free Google product than a rich app buyers pay $399 for. 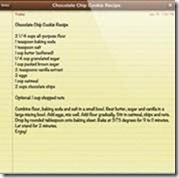 Whether the industry accepts it or not, Apple is leading the latest design wave as measured by what looks premium. Physically, Apple design is all about minimalism with brushed aluminum, blacks, whites and sweeping angles with as few connectors and buttons as possible. The software design language is connected to the hardware language as that same brushed aluminum and minimalism is brought to OSX and apps like Mail and Calendar. Some apps take on a style of real world objects like Contacts, Notes, Pages, Find Friends, Newsstand and Photo Booth with elements of paper, leather, wood and even fabric. I cannot say I am a huge fan of the real-life designs, but it hasn’t stopped me or millions from buying Apple products. Microsoft’s Metro is distinctly different. 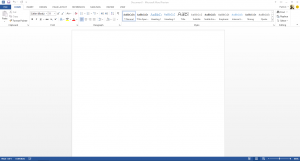 Metro design is a sharp departure from Windows 7 and also very different from Apple. Being different is a good thing as long as it attracts who you are targeting. Metro is direct touch, air gesture and speech control first, mouse and keyboard second. It focuses on the content by adding a ton of white space, 90 degree angles, and multiple, bright colors. There are no ties to real-life metaphors in color, shape, or texture. Like many, I like Metro for phones, tablets and even the XBOX. Now Office, in Office  2013 adopts the Metro design, a sharp departure from Office 2010. After using Office 2013 for a week, this is unfortunately where my Metro design admiration stops. The interesting part is that I thought it looked fine in screen shots, but as I used it on my 23” display for a week, it felt lifeless and drab. It was hard to even sit in front of and use for a few hours and I believe many other users will have this challenge as well.

I must point out that the industry has lived through many Office design changes, and there has always been a lot of uproar.  This is nothing new.  Remember when the ribbon first came out?  Many said that would be the thing that drove people to the alternatives which didn’t happen.  I think this case could very well be different as many alternatives exist, primarily Apple and Google and with such a drastic design departure, users will need to relearn or become comfortable with something new.  At no time has Apple’s and Google’s office tools been such a viable alternative.  I do not bring bias into this conversation as I have been a committed Office user since its existence.  In fact, I bend over backwards to use it in that I pay a monthly fee to Google just so I can sync my Google contacts and calendar to Outlook.  Based on the design changes and the alternatives, I am considering the switch and am looking at Apple and Google right now.  While mine and other’s purchase criteria incorporate more than just design, I think it is vital as it’s what you will be staring at eight hours a day.

The Google Apps for Business design language is more similar to Office 2013 than to Office 2010. It is minimal and very blocky with few shadows and lines.  In some ways, it’s more minimal than even Office 2013 that still sports the full ribbon. 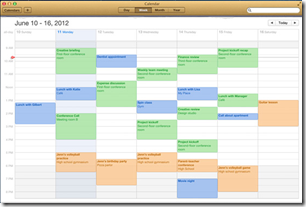 So what does this mean to the success of Office 2013?  I believe Microsoft’s risk in enterprise is primarily with Google Apps for Business, but until Google can develop more robust spreadsheet scripting, increase presentation design  sophistication, and implement a more robust offline capabilities, it won’t make too big a dent in white collar professionals.  Employees who just need mail and calendar, Google is a big risk.  At $499-349 retail price, why would IT even think of doing this? And look at the Google design…. looks so similar now with Office 2013.  For small businesses, I believe Apple is the big risk to Microsoft Office 2013.  Included with every Mac, a user gets a full-fledged and robust email and calendar program and can users buy decent spreadsheet, presentation and word processors for  $19.99 a piece.  add to that they’re already  synced with iCloud and have optimized apps for the iPhone and iPad. Like me, users with Apple can also eliminate the monthly fee I pay for the Google Connector for Outlook.

It is a good time for consumers and businesses as even more choices are available than ever.  Now that the design has changed so much, now is the time to explore your options.