Microsoft held an intimate analyst and press event in London this week, coincident with the 20th anniversary of the founding of the Cambridge Research Lab, the European hub led by Professor Christopher Bishop. Microsoft now employs over 7,000 Artificial Intelligence (AI) research scientists and development engineers around the world under Microsoft Research (MSR) Executive VP Harry Shum, who shared the company’s vision and strategy during the keynote address. The event was clearly intended to promote Microsoft as a thought leader in the developing science and technology of AI, as the execs focused on the company’s lofty goals and initiatives, sprinkled with customer and product examples that showcased the company’s innovations. 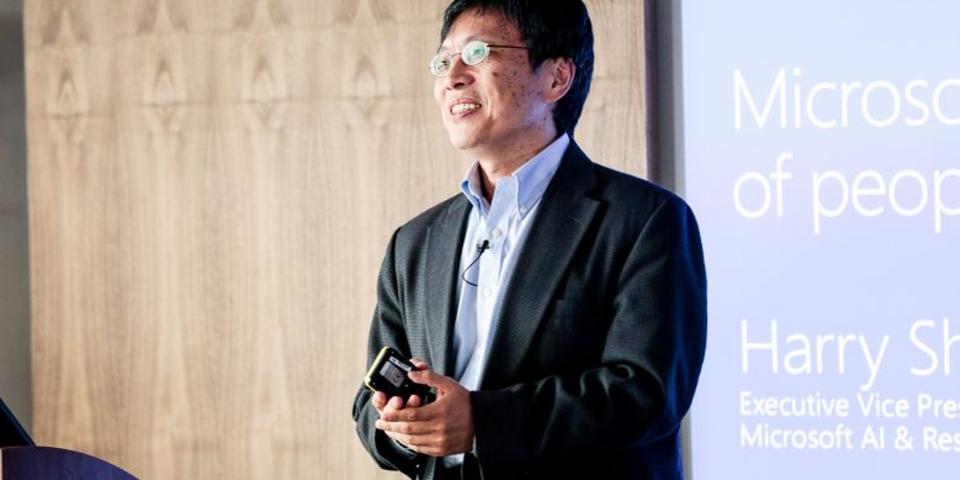 While companies like Facebook, Google, Baidu and Tesla tend to grab more attention and headlines for their AI efforts, Microsoft has been quietly building an impressive portfolio of scientific advances, products, features and AI cloud services. However, during this and other recent corporate events, Microsoft has been more aggressively positioning itself, and indeed AI, as a force for good, where machines will be used to “amplify human ingenuity”, making the world a better place. It appears to me that Microsoft is taking great care to avoid the appearance of exploiting AI at the expense of our collective humanity. In fact, CEO Satya Nadella himself set the company on this virtuous path when he announced a set of ethical principles last year to guide the company’s AI strategy. Throughout this event, the company’s executives focused “fostering efforts that lie at the intersection of AI, people and society”, taking a feel-good approach that may lessen customers’ fears of a Hal9000 AI nightmare future, positioning the company as a trusted advisor and provider of practical AI tools, products and services.

What Did Microsoft Announce?

As an example of the influence and impact of the massive Microsoft Research organization, the company announced a new initiative called AI for Earth, a program aimed at empowering people and organizations to solve global environmental challenges by improving access to AI tools, education and skills to accelerate innovation. Microsoft also announced the formation of Microsoft Research AI, a new team of scientists within MSR, focused on meeting the computational challenges in AI. Finally, the company also announced a new partnership between MSR Cambridge and the University of Amsterdam to foster the development of machine reading research and development.

On a more practical note, Microsoft’s overarching goal of “democratizing AI” was brought down to earth with product proof points, including a new iOS app (yes, iOS!) called Seeing AI, which narrates the world around you using images captured from your iPhone’s camera, designed for the vision-impaired. Back on the mundane desktop, a new Presentation Translator for PowerPoint, first unveiled at Microsoft Build, enables speakers to engage in simultaneous 2-way translation while giving a presentation, with automatic subtitles, and improving translation accuracy by applying knowledge gleaned from the slides’ content. While the demo was impressive, I suspect it will take some time before a presenter would trust an AI to translate their sales pitch. Another cool tool is the ability of Microsoft’s digital assistant, Cortana, to extract and track commitments made to others in emails and text messages, even if communicated on non-Microsoft platforms. Cortana can then provide timely reminders to set up a meeting or send a promised report to your boss and colleagues. And for AI developers, Microsoft further extended its impressive Cognitive Toolkit with a new Bing Entity Search API, allowing developers to tap into a pre-trained Deep Neural Network built from Bing searches for entities. This is yet another example where Microsoft has made it possible for enterprises to use, or experiment with, trained neural networks for AI tooling, potentially easing adoption of Microsoft AI technologies in risk-averse, and resource challenged, enterprise IT organizations.

If you’re familiar with those infamous corporate HR exercises designed to foster employee alignment with a company’s Mission, Vision and Values, you have surely heard of a BHAG, a Big Hairy#@! Goal. Well, Nadella’s Microsoft has set the mother of all BHAG’s for the company’s AI mission. While most AI discussions center on training machines to think, Microsoft is more concerned with how we can train and aid humans to augment our understanding and capabilities. This is certainly a lofty and noble goal that few companies would have the courage, or resources, to tackle. But the company is also delivering on the practical technologies needed to be an attractive partner and supplier to enterprises seeking to catch the AI wave. And by lowering the barriers to adoption of AI for its massive installed base of enterprise clients using Outlook, Office 365, Dynamics, Skype and LinkedIn, Microsoft is well positioned to reach a revenue inflection point and gain a competitive advantage as the world increasingly turns to AI.