Artificial intelligence (AI) development and deployment in the cloud is rapidly growing and becoming a critical market for Amazon Web Services (AWS), Google  Cloud, and Microsoft Azure. Many enterprises are now developing their own AI applications or adding AI features to their internal infrastructure, and the cloud is often the best place to build an AI. Since Microsoft is a leader in selling cloud-based software services to the enterprise, it has a lot to win or lose as its customers turn to AI. The company is investing heavily to ensure it doesn’t miss out.

Figure 1: Presenting the keynote at Ignite ’18 to over 35,000 attendees, Microsoft CEO Satya Nadella announced AI for Humanitarian Aid, a $40M investment in AI for NGO’s and victims, and part of Microsoft’s $115M fund for “AI for Good” program.    KARL FREUND

Microsoft expanded its AI application footprint at the recent Microsoft Ignite conference in Orlando. From my perspective, the company has regained the market pole position for usable AI tools—from Outlook 365 to Machine Learning Services on the Microsoft Azure Cloud. Let’s take a look at some highlights.

Microsoft started investing in AI decades ago, long before its recently revived popularity. It rolled out a suite of AI tools and Cloud APIs in Azure in 2016-17 to help its enterprise customers embrace the power of AI in their apps, products, and services. The company also offers NVIDIA GPUs in Azure, as well as popular open source frameworks to train neural networks. Not that long ago, Microsoft launched pre-trained neural networks for image, translation, and natural language processing for apps like service chatbots. It has also deployed reprogrammable chips (FPGAs) across its entire fleet of datacenters to accelerate applications from Bing search to Project Brainwave Deep Learning inference.

Microsoft was the first cloud provider to my knowledge to enable customization of pre-trained neural networks through simple cloud APIs. This allows customers to augment those nets with application and domain-specific data: for example, you can add images of your company’s executives for video facial recognition or add product-specific vocabulary to natural language processing. Frankly, without customization, these APIs are of limited value. Still, many or most AI applications require a full custom neural network to deliver business value. 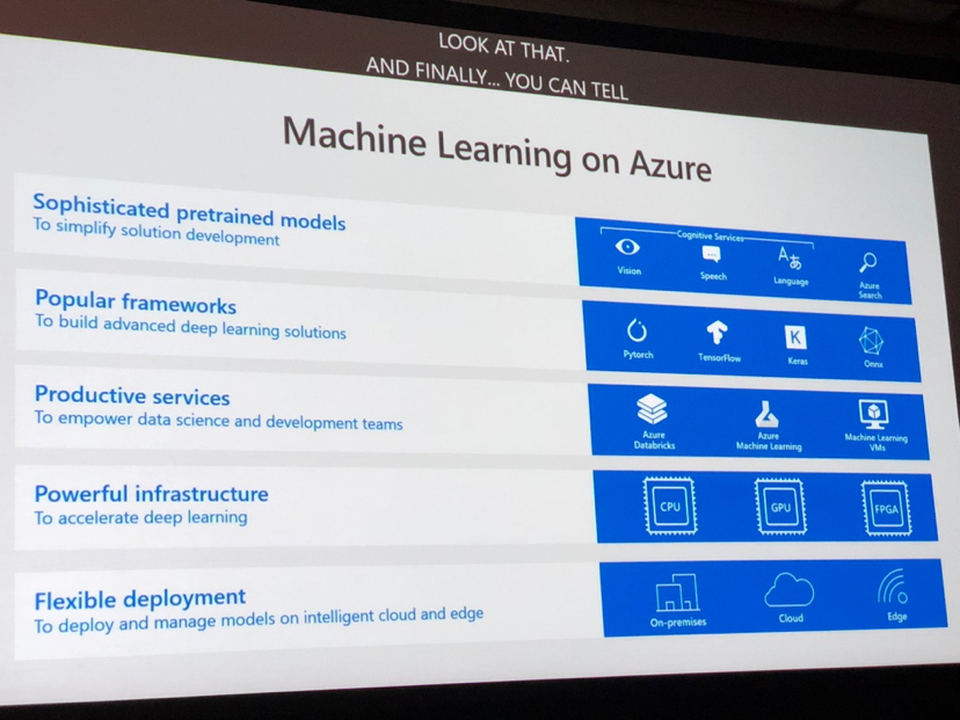 Figure 2: Microsoft provides a wide range of AI hardware and software on Azure. Note the emphasis on Pytorch, a new favorite for Microsoft engineers.  KARL FREUND
What did Microsoft announce?

One area where Microsoft has lagged behind Google in the Machine Learning as a Service (MLaaS) category is in Automatic Machine Learning (AutoML as Google calls it). If you need something beyond the customizable pre-trained networks discussed above, and you decide you need to build some sort of deep neural network (DNN, CNN, RNN, etc.), you might have a daunting task ahead of you. Building a DNN can be complex, requiring tagging of massive sets of training data and building/optimizing a “model” that can learn to recognize the sought-after patterns that are hopefully hidden in the data.

Interestingly, Microsoft did not invent automatic machine learning to counter Google. Rather, it was inspired by Microsoft Researcher Nicolo Fusi’s frustration in building an effective model for gene editing using CRISPR.ML. To solve his problem more efficiently, he developed an AI that can develop an AI. By offering a tool that automates the data transformation, model selection, and hyperparameter tuning part of AI development, Microsoft hopes to make deep learning techniques more approachable to more customers.

Microsoft also updated the Cortana assistant to enable it to automate company-specific tasks. Available by invitation only at this point, Microsoft added these features to further move from keyboards and mouse interfaces to voice-centric interactions. Javier Soltero, the Microsoft corporate vice president in charge of Cortana, said that Microsoft has arrived at the same place with voice control that we as a society have with phones, observing, “you don’t have to go around teaching people how to use a smartphone, because they know how to touch and swipe…”

Speaking of voice, Microsoft also announced a new milestone in mimicking human voices. The Microsoft presenter played two voices and asked us to identify which was human. We were surprised to learn they were both computer-generated—nearly flawless, with human-like pauses and emphasis. It was very impressive.

Microsoft continues to add AI to its personal productivity apps in Office 365, and it wisely decided to consolidate these features into a new feature called “Ideas.” Ideas follows users through document creation in Powerpoint, Word, or Excel and makes intelligent suggestions tailored to what the user is doing. I’m glad I switched to 365, and look forward to trying it out! The company also launched Microsoft Search (to enable users to search across their company’s network of data), Background Blur (which uses facial detection to blur the background during video calls), and smart Data Types in Microsoft Excel.

Lastly, Microsoft announced a $40M, five-year investment to partner with non-governmental organizations. Through this, Microsoft will apply AI to assist in disaster response, provide aid for children and refugees, and to accelerate breakthrough solutions to monitor, aid, and prevent human rights abuses. This is the third program within Microsoft’s “AI for Good” initiative, a $115M investment in improving accessibility and environment sustainability.

As I have opined before, Microsoft enjoys a unique combination of data from Bing, enterprise applications, research PhDs, and cloud AI services. This should elevate the company above its competitors when it comes to enterprise AI project development and cloud adoption. According to forecasts, AI could become a $50B market as enterprises begin to embrace it; I suspect Microsoft’s software business will be one of the largest beneficiaries.