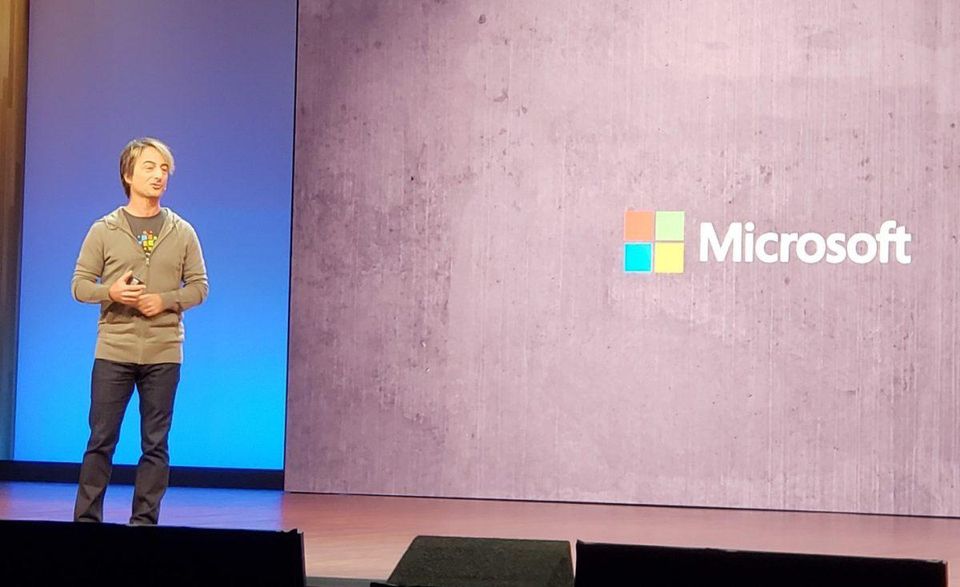 Today I wanted to continue my coverage of Microsoft Build 2018 in Seattle, Washington. As a reminder, Microsoft Build is the company’s annual developer’s conference targeted to developers, partners, press, analysts, and some customers who come together to hear about the latest and greatest from the tech giant.  If Day 1 was all about Edge, IoT, AI, and Mixed Reality, then Day 2 was the Microsoft 365 day. Here’s my rundown of all the important announcements stemming from Day 2. 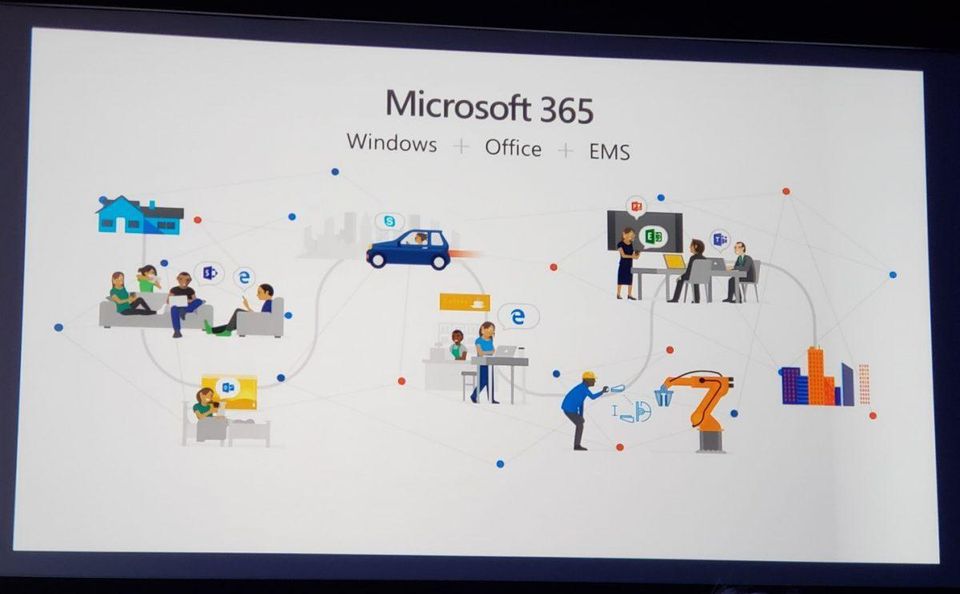 Microsoft’s Joe Belfiore set the tone for the day reminding everybody that Microsoft has two platform opportunities- Microsoft Azure and Microsoft 365. Yesterday, CEO Satya Nadella set the table for the company and Scott Guthrie talked about Azure, and today Joe Belfiore would cover Microsoft 365. As a reminder, Belfiore explained to everyone that Microsoft 365 equals Windows plus Office plus EMS (Enterprise Mobility Suite). While Microsoft 365 has been out for a while, this is the first time I am aware that “Windows” wasn’t the lead. It reflects the recent organization, but more importantly, reflects the new Microsoft and what it wants to deliver to customers.

Let me dive into the announcements.

The fact is that the smartphone and personal computer are two devices that most people have, but except for the Mac and iPhone, are not very connected. Android phones and Windows PC are the lion’s share of units worldwide and while there have many attempts to connect them, it hasn’t been high quality or compelling enough to attract buyers.  Microsoft intends to change that.

There were a number of announcements that revolved around making phones and PCs more connected, and these caught my eye the most. First, Microsoft announced that the updated Microsoft Launcher application on Android will now support Timeline, enabling cross-device launching. Additionally, users’ iPhone and iPad Microsoft Edge browsing sessions will now pop up in their Windows 10 PC timelines, and later this year, users will be able to access that timeline on their iPhones via Microsoft Edge. So, to recap, essentially users will be able to use Timeline to jump back into their activities, via any Windows 10 device, iPhone, or Android. That is really awesome, and I’m genuinely excited about it. 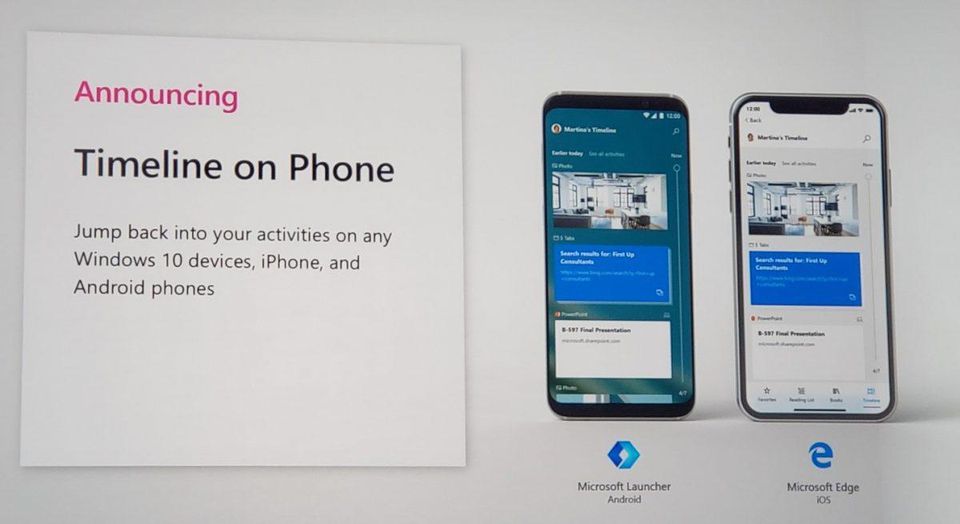 Timeline on Android and iOS phones

The second big announcement was that Microsoft is adding new Windows phone and PC interaction capabilities to Windows 10. Basically, these new capabilities will enable instantaneous access to your texts, photos, and notifications on your Windows 10 PC. One example Microsoft provided was the ability to easily drag and drop your phone’s photos into a document on your PC, or vice versa, without ever having to touch your actual phone. How do I say this? This new interaction is exactly what I’ve been looking for, for a long time. While some OEMs have similar capabilities, let’s just say that I’ve tried them and they left me wanting more. This looks great—I just hope it works on iOS as well as Android, but I’m not holding my breath on iOS. 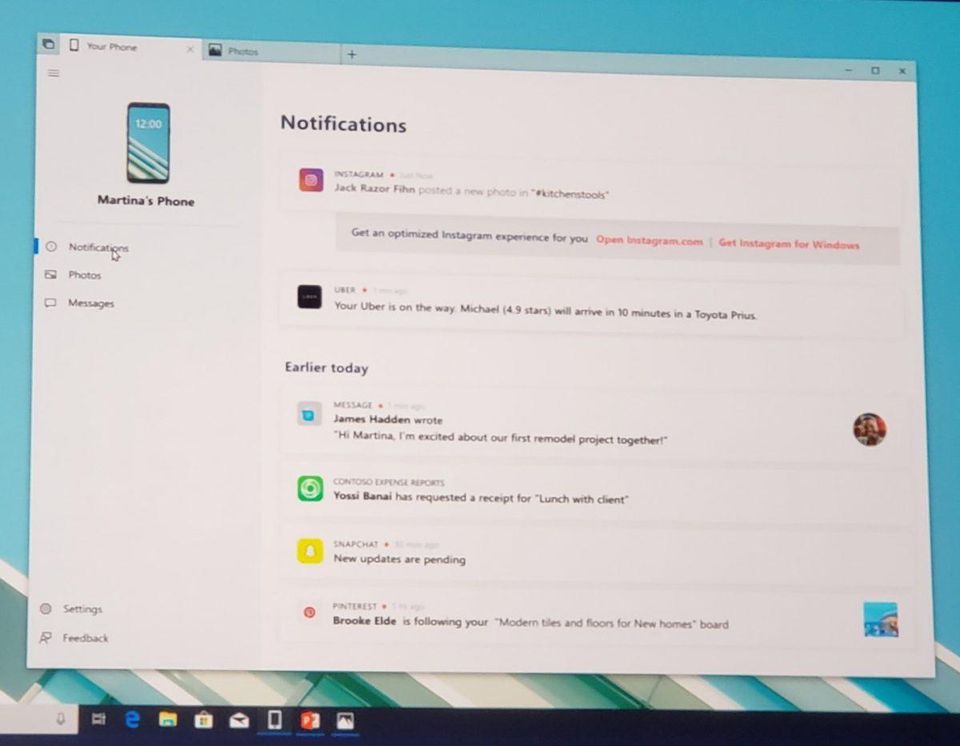 Working with phone notifications, photos, and messages on the PC

Microsoft also announced some updates to Sets, which it accurately calls “an easier way to organize your stuff and get back to what you were doing.”  Think of working on a project with a bunch of apps and tabs open.

An example of how Sets works is when you reopen an old tab, it asks you if you’d like to open up the other tabs you had open last time you used it—for example, a relevant Excel spreadsheet, or a useful Wikipedia article. The news from Day 2 was that developers’ Universal Windows Platform (UWP) app will work with Sets from the get-go and that with some tweaking, their Win32 and/or web applications are supported as well. Sets’ Windows debut may be a ways off, with Joe Belfiore (Corporate VP of Microsoft’s OS group) saying cryptically today at the event that it will ship “when we think it’s great.” Nevertheless, it was nice to get a better look at the feature. No better way to drum up excitement and anticipation than a showcase at Build.

Sets is Timeline on steroids and I think it will really help people be more productive. 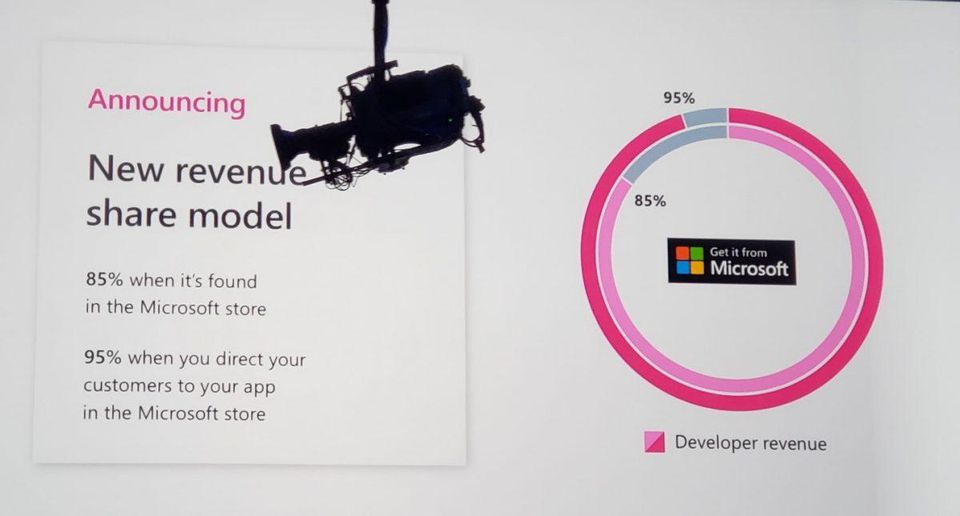 Also announced at Day 2 was a new Microsoft Store consumer revenue share model. Basically how it works is when a developer directs customers to their app in the Microsoft store, they receive 95% of the revenue, as opposed to 85% when the customer finds the app themselves within the store. This is a lot richer than the Google and Apple Store, but then again, Microsoft needs more consumer apps. We all hope this incentivizing will help with that.

Buddying up with Qualcomm on a new 64-bit SDK

The last thing I wanted to talk about was the joint announcement with Qualcomm on their new 64-bit SDK for Windows on Arm. This new SDK will allow developers to create their own 64-bit ARM applications that take advantage of Qualcomm’s Snapdragon processors inside of Windows 10 Always Connected PCs.

The SDK is now in preview, via Visual Studio 15.8 Preview 1, and will enable developers to natively develop apps on ARM 64-bit processors without depending on an emulation layer. What’s the big deal here? There’s been some gossip in the press lately about Microsoft and Qualcomm’s relationship being on the rocks. This close collaboration pretty well dispels those rumors, if you ask me. Arm64 is a go, now developers need to pick it up and use it.

That’s all, folks—this concludes my coverage of Microsoft Build 2018. Day 1 showed us Microsoft’s big bets on edge compute and IoT, AI services improvements, and a maturing of Mixed Reality. Day 2 brought us some really exciting announcements with future phone on PC interaction, mobile Timeline integration, update on Sets, and plenty of new Office 365 toys for developers.

Microsoft Build never fails to disappoint—this was another one for the books.