Last week, Microsoft  announced it would be acquiring Avere Systems, a high-performance storage vendor for enterprise customers with large-scale compute workloads. Terms of the deal were not disclosed, and the announcement information contained only general mentions of “bringing together” Avere and Azure offerings with “tighter integration”—without indication of specific product plans. What was specifically interesting was the focus not on public cloud, but on hybrid, which could be significant for two reasons. First, for customers, it signals Microsoft investment in deeper hybrid capabilities for Azure and Azure Stack that further its hybrid cloud differentiation versus top public cloud competitors AWS and Google (who are partnering for their hybrid solutions). Second, it signals to cloud ecosystem companies and their investors that Microsoftmight be interested in making acquisitions to accelerate its hybrid offering build-out in areas that could span beyond storage like networking, monitoring, and security.

Founded a decade ago amid the rush of startups using SSDs to disrupt traditional enterprise storage, Avere Systems focused on improving network-attached storage (NAS) performance by providing a high-performance file system caching tier across an enterprise’s array of storage systems (e.g., NetApp Filers). As enterprise interest in public cloud emerged, Avere extended its offerings to deliver integrated value with the AWS and Google public clouds in two hybrid cloud use cases. I expect Microsoft to apply both in Azure and/or Azure Stack. 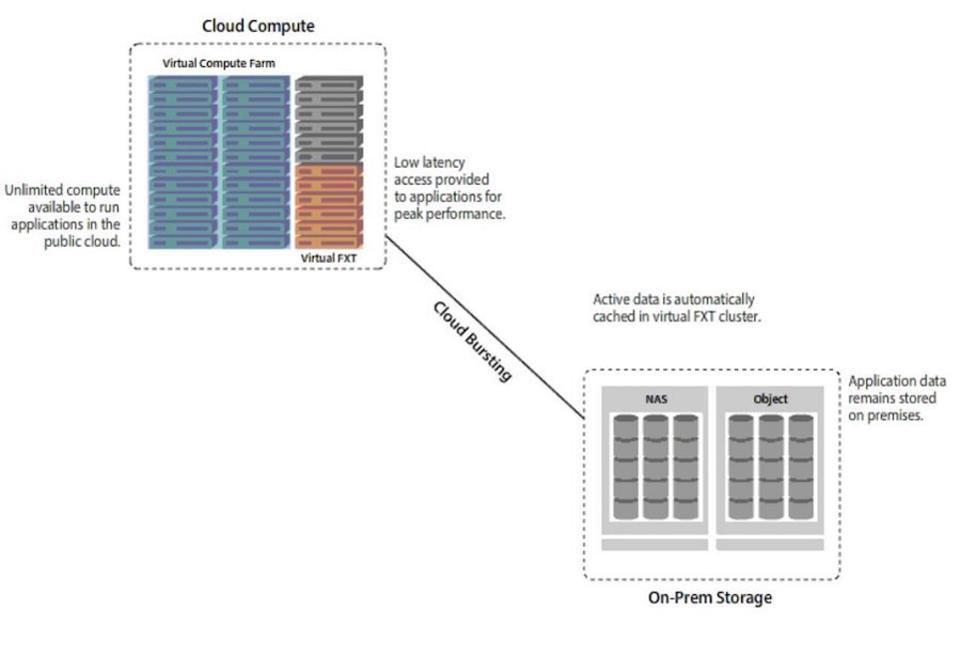 Figure 1
This could be the most directly additive offering to the Azure portfolio by easing enterprises’ ability to migrate applications from private infrastructure to public cloud that need low-latency access to storage sitting in a private NAS. Teradyne is one example of an Avere enterprise customer using this capability to extend (or “burst”) its compute footprint to public cloud when running short of private compute infrastructure capacity. While Azure offers a similar capability via its Files service with its File Sync feature, it is limited to SMB protocol use for private Windows environments. Avere’s offering supports the NFS and SMB protocols, including for Linux environments. As I detailed previously, delivering strong capabilities for use in Linux environments and hybrid cloud is critical to Microsoft ’s growing Azure’s market share in cloud computing.

Second, Avere’s FXT Edge filer offers support for the reverse scenario: a private, on-premise NAS sitting local to private compute as a low-latency cache of a larger file repository extending into or fully residing in public cloud (see Figure 2 below). 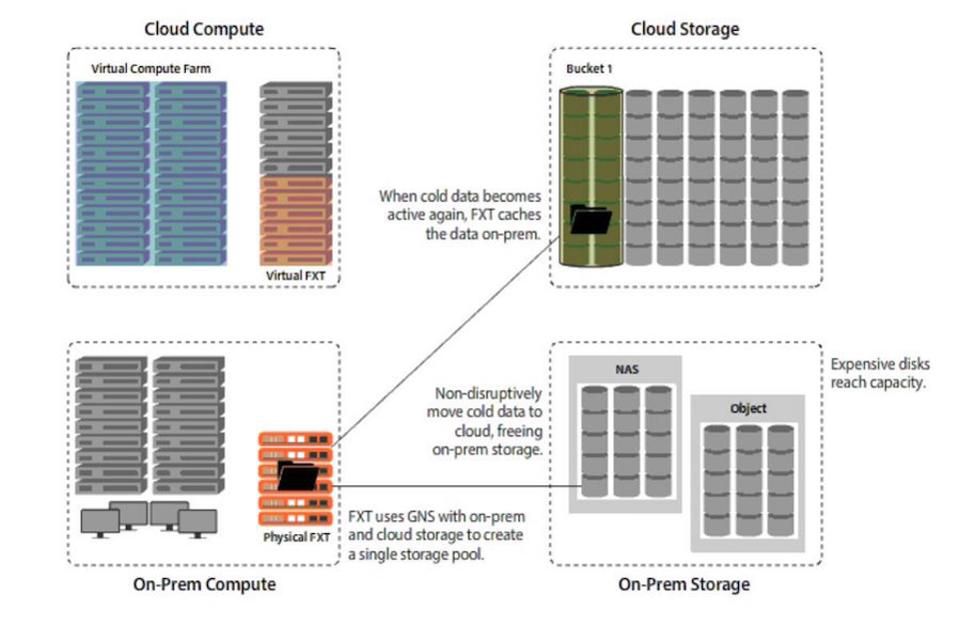 The extension of private storage via public cloud storage has been a common hybrid use case for years (often referred to as a ‘cloud storage gateway’). Each of the top cloud providers offers this capability, including Microsoft with its Azure StorSimple offering. However, those services focus more on low-performance use cases like backup, archive, and disaster recovery. Avere, on the other hand, aims to deliver high-performance storage tiering with a unified global namespace, spanning private storage arrays and public cloud object storage. Imagine Microsoft delivering Avere’s capabilities as virtual appliances ready to run on private, SSD-based storage servers within Azure Stack deployments. What was a relatively low volume hardware appliance-based sale from a storage startup, becomes a high-performance hybrid NAS capability, deployable in any enterprise Azure Stack deployment on standard OEM servers, for a broad range of enterprise applications.

For enterprise cloud customers, this means Microsoft is likely preparing a single-vendor hybrid storage offer for:

This would deliver strong differentiation from the hybrid storage offerings from AWS- VMware partnership, the Google– Cisco Systems partnership, and others of the like.

For technology investors and cloud ecosystem companies, this may signal Microsoft ’s intent to make additional acquisitions that build its strength for enterprise hybrid cloud use. There are a litany of enterprise infrastructure software companies desperately trying to extend their value into hybrid cloud value as the enterprise application footprint shifts substantially from private infrastructure to public cloud. Those who successfully develop that value are well-positioned to attract Microsofts consideration for acquisition as the company continues to build on its leadership in enterprise hybrid cloud.