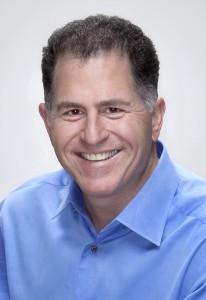 I had the opportunity to talk with Michael Dell earlier this month and there were two things on my mind. The first was to get some perspective and insights into the company’s upcoming conference for industry analysts.  And, secondly, to get a better understanding of the company’s level of focus during what must be a distracting time given the desire to take the business private.  After talking to Michael, I am pleased to say I achieved both.

Having run and spoken at large, corporate, industry analyst conferences, I know first-hand just how vital it is to have your company’s act together as you communicate with industry analysts.  While influence models have changed over the last twenty years, industry analysts still provide concrete value to commercial IT managers, distribution channels, the press and financial analysts. Some analysts even have very large followings on social media networks and write blogs, going directly to customers and the public.  With all the flurry of Dell activity right now in the news, it is extremely important for industry analysts to know where Dell is going, derive an opinion on their level of success, and then amplify their opinions.

This year’s conference is looking to be consistent with Dell’s business strategy over the last 24 months and this is a good thing. In the world of commercial IT, consistency is vital, because anything other than that sounds risky.  Risk is the last thing any potential Dell client wants to hear.  This year, Dell will be providing even more details on its end-to-end IT play with hardware (servers, storage, networking, converged), services, software and end user computing with a focus, like at Dell World, on security, bring your own device solutions, data and business insights, and the cloud. These are exactly the topics enterprise companies want to hear about and subsequently exactly the topics that analysts need more depth on to derive their opinions and research.
Strategically, there is an unfilled need for a fast, nimble, enterprise market disrupter, and Dell could very well fit this space if it successfully executes its end-to-end play. At its conference, Dell needs to disclose the level of success they have had with their end-to-end strategy so far and more than ever, what is going well and not so well.  This level of exposure drives trust.  Having interacted with Michael Dell over the last 15 years, I can say that won’t be an issue, particularly as he doesn’t hide from difficult questions nor is he hidden by an entourage of security and PR folks.  Routinely at events, you’ll see Michael debating with a group of analysts without a single other Dell employee present.  I wish other enterprise companies did this. And this single token of confidence says a lot about a person and about a company.  On to the company’s focus to find a buyer and go private.

Everyone reading this article has undoubtedly heard of the company’s desire to go private.  This process became public in February and turned into quite the spectacle thanks to Southeastern AssetManagement, Carl Icahn and the big finance machinations.  My initial thought and belief was, “How can the employees of Dell possibly remain focused on the day-to-day business with the leveraged buyout news swirling daily as a distraction?”  After all, I have been part of acquiring large companies and my companies have been bought. Literally, there has been media coverage daily about how either Dell is dead, rising from the ashes, or on its way to put the hurt on its competitors. It has been a very wide range of opinions.  Dell’s recent results have helped to galvanize my thinking on this.

Which is to say, Dell has shown that even during the most potentially distracting of times, the company can drive share and grow its enterprise business.  While IDC has only shared preliminary numbers, it appears Dell has taken significant server market share from its competitors.  When I asked Michael about future Dell server market share in the U.S., he said, “Let me tell  you, it’s going higher.” Dell also took share in personal computers.  Unlike some, I don’t think this is just a price play.  Some of it is price, but it’s a solid product line and driven by work Dell has done in its sales and distribution channels.  While one quarter doesn’t make a trend, it does show Dell can take share at a time when you would expect the company to be at its most distracted.

Dell also enjoyed a 12% increase in its enterprise business.  On this, Michael had some specific comments on Dell’s new enterprise lead, Marius Haas.  Michael said, “We’re gaining share in the server market and servers are the center of the data center. Marius Haas is a man on a mission and he’s off to a great start with Dell.” So much for being distracted. And imagine the possibilities when Dell is free from the constraints of Wall Street.

Like many, I am looking forward to hearing the details at this week’s analyst conference from Michael Dell and his leadership team on the company’s latest end-to-end progress, with transparency about what is working, what is not, and why.  The great thing about Michael is that if you don’t hear it in the presentations, you can just ask him in the coffee line.

Disclosure: My firm, Moor Insights & Strategy, provides research, analysis, advising, and consulting to many high-tech companies, including Dell, Hewlett-Packard, and more.  No employees at the firm hold any equity positions with any companies cited in this column.