Buying connected devices like phones and tablets can be a daunting task. Weighing variables like device brand with specific models, colors and features, carrier brand and service level, is a challenge even for the technology 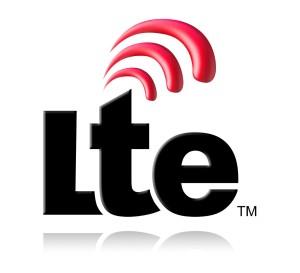 capable. I’d like to say it’s getting easier, but it isn’t, as even different flavors of wireless 4G LTE and 3G modem technology from Qualcomm, Intel, Broadcom, MediaTek are out there governing the phone and tablet’s overall capability, speed, battery life, longevity, and global access. Consumers can stick their head in the sand or learn about it. For those who want to learn about it, read on.

Let me start with a level set on modems.

In my line of  industry analyst work, I get a lot of new phones and tablets, typically a new one every two to three weeks. Every phone comes with an LTE connection, like my latest experiment, the Samsung Galaxy Tab 3 with a Qualcomm modem inside. An LTE-enabled tablet is more the exception than the rule these days unfortunately, but I notice some big changes in my usage model with LTE-enabled tablets. I notice that I take LTE-enabled tablets everywhere, but typically leave the WiFi only-enabled ones at home. I am truly mobile. I can email, surf the web, Skype, collaborate over GoToMeeting, and watch WatchESPN nearly anywhere.
While I know I can tether any tablet to my phone over a hotspot, I don’t because it sucks an inordinate amount of battery life from my phone. Ironically, with my iPad Air, I was tethering some older, standby LTE phones to it as I was getting better internet speed scores than off of my phone. Additionally, I’ll connect my notebook and WiFi-enabled camera to it while I am traveling. I suppose I am a walking hotspot when I have my LTE tablet.

Modems can also transform support. While I am not the target audience for Amazon’s Fire HDX “Mayday” feature, I could really see my parents benefit from literally getting video and interactive support in 15 seconds from anywhere, on the road in the car, at that restaurant with no WiFi, or at the hotel with spotty WiFi.

Modem technology also determines where in the world you can use your device.

Your phones and tablets may work well in the U.S., but that doesn’t mean you can take them all out of the country and have them work. Different countries are at different stages in their wireless roll-outs. Some countries have LTE, 4G, 3G and some are even still on 2G and they may/may not even use the same technology or frequency. I’ll use Amazon’s Kindle Fire HDX with Qualcomm’s Snapdragon 800 with an integrated Gobi 9×25 LTE modem to 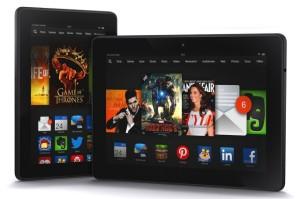 illustrate the value and differences.

The Amazon Kindle Fire HDX has what is called a “world mode” modem that can travel outside the U.S. It can use different countries’ variation of LTE, but if LTE isn’t available, it will use the next best option, whether it is 4G , 3G or 2G. If you get the AT&T variant of the Kindle Fire HDX, you can see coverage by city and pricing by country here. Amazon, AT&T and a Qualcomm third generation Gobi 9×25 LTE modem enables this global capability.

If I look at the AT&T coverage map, I could use my AT&T LTE-enabled Fire HDX in all of the U.S. and roam in Western Europe, major cities in Canada, Latin America, Africa and Australia, key population centers in Russia and India, south Japan and Korea, and most of eastern China and Southeast Asia. And as you can see, where LTE is not available, the HDX will use the next best 3G or 2G option.

Modem technology also determines on which U.S. carriers you could have service.

Most smartphones and LTE-enabled tablets in the U.S. are locked to one carrier. The main reason for this is for the carrier to recoup their subsidy, like that $500 subsidy on a $199 iPhone 5s that really sells unsubsidized for $699. But it is also because carriers use different technologies and frequencies, and years back, to enable this, phone manufacturers would be forced to engineer multiple modems inside the phone. This is costly and drove larger phones with lower battery life.  The Kindle Fire HDX uses Qualcomm modem technologies that “talks” AT&T and Verizon, two very different languages, GSM and CDMA, respectively. If you choose AT&T first and then want to move over to Verizon later, you can, because the Qualcomm modem talks both AT&T and Verizon. The consumer could remove their AT&T SIM card, replace it with the Verizon SIM card, and vice versa. If you want a deeper dive on the differences between GSM and CDMA in the U.S., PC Magazine’ Sascha Segan has done a nice write-up.

Some phones enable the ultimate in flexibility like the Google Nexus 5, also with a Qualcomm Gobi modem, where you can go from country to country, carrier to carrier by just popping in and out a new SIM card. It supports just about everything.

This is great for control freaks who want to control country and carrier. Thanks Google and Qualcomm.

Finally, modem technology is also a big determinant in the amount of your devices battery life.

Let me state what may be obvious to some, but not to others. The longer your phone or tablet is downloading or streaming content over 4G LTE or 3G, the longer your modem hardware is “on”. And, the longer your modem is “on”, the more energy it is consuming. So the faster the connection, the lower the power draw, and better the battery life. For example, if my LTE connection is 5X faster than that 3G connection, I am downloading those pictures 5X faster meaning my modem is only on 20% of the time as compared to 3G. The lesson here is two-fold. First, get faster 4G LTE every time and secondly, the LTE modem performance and quality matters because it dramatically impacts battery life. Qualcomm is clearly the LTE market leader right now and has been for a while, and Intel is moving up the food chain. Upcoming LTE modems from Broadcom and MediaTek haven’t been tested in the U.S. nearly as much so it’s hard to say exactly how they perform. You might want to ask whose modem is in your device you are considering.

It’s funny, the phone and tablet’s wireless modems provide arguably as much or more value to the smartphone and tablet experience than the CPU and graphics, but don’t get talked about nearly as much. This has more to do with the consumer impact of the 10s of billions of dollars spent promoting CPUs and GPUs than it does on reality. Net-net, wireless LTE modems matter a lot, and they’re not all created equal.

Do your homework on your smartphones and tablets, you deserve it. While the carriers or manufacturers don’t typically say whose modem is inside a device, a simple Google search will tell you.