Ok my experience was nothing like the movie nor did it take place in Japan, but I had the opportunity to attend the GSMA Mobile World Congress in Shanghai, China last week. From drones to IoT to 5G infrastructure, the 650+ companies in attendance offered attendees a glimpse into the present and future of wireless technology. 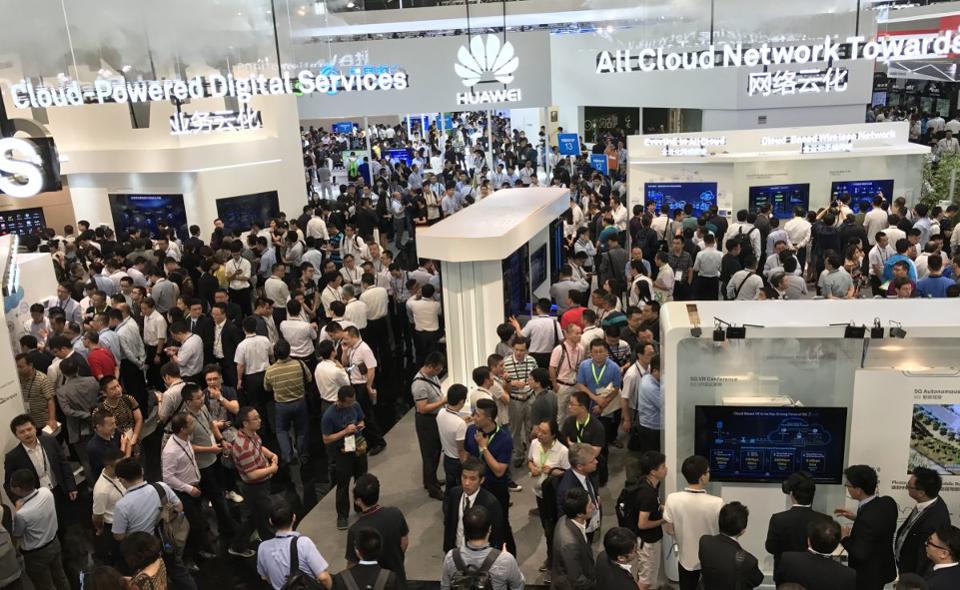 Japanese Buddhism speaks of the five elements philosophy that include earth, water, fire, wind and void. Wind typically represents things that grow and expand, and that element is often associated with the human mind. That’s my best guess regarding where the “human element” show theme came from, but I guess it could also apply to how wireless technology touches our daily lives for you non-philosophers out there. The show certainly hit that mark with a focus on digital commerce and content, IoT, education, mobile identity and privacy, as well as virtual reality (VR) and augmented reality (AR) among other areas.

On the subject of virtual and augmented reality, one of the coolest demos I saw in an analyst roundtable was with Qualcomm. It showed its vision of “XR” or Extended Reality for first responders. Imagine a lightweight pair of glasses that could provide a firefighter with heads up information inside a burning building. The corresponding data could pinpoint dangerous hotspots and backdrafts, location of rescue victims, information regarding water hose performance / pressure and other vital rescue statistics delivered via 5G network with low latency and fast responsiveness for split-second decisioning. That application has a human element, one that could save countless lives of both first responders and rescue victims.

IoT will drive a rapid deployment of 5G
As I met with all of the major wireless infrastructure players at the show, a resounding theme emerged. IoT has the potential to drive carrier deployment of 5G networks even more rapidly than prior 2G-4G networks. As I walked the show floor, this was further reinforced as I witnessed endless demos wrapping 5G around smart cities, smart utility metering, smart homes, smart parking, smart autonomous driving, smart everything! All of those applications and use cases will benefit from a 5G network that will scale to support millions of new connections, support lower device power consumption and provide mind-boggling throughput.

How do wireless infrastructure providers differentiate and add value?

It seems to me that wireless infrastructure providers all claim a similar value proposition around faster deployment, lower cost and better quality of service for subscribers on carrier networks. But what’s truly their differentiation?

Huawei is focusing on incubating best practices. With OpenROADS, Huawei is funding trials and assisting carriers with the creation and deployment of value added services. This approach allows Huawei to deliver a reference design and position themselves as the default standard for infrastructure in their core markets of Asia, Europe and Africa. Quite a clever go to market sell-in strategy from my perspective.

In contrast, Ericsson is focused on integrating artificial intelligence into its overall solution delivery. Positioned as “Engineered Intelligence”, its support service boasts an 85% reduction of operator incidents based on real customer implementations within the past year. Deep learning is applied to a three-step process to first predict / prevent complex issues, secondly analyze big data to identify needed change and lastly employ tools to isolate / recover. The goal is to mitigate reactive break / fix and employ predictive self-healing with lower cost cloud-based implementations. This could be a significant competitive advantage for Ericsson long term and represents a wide departure from the traditional “old school” telco technology management approach. A recent announcement with AT&T  on a fixed pre-5G trial is further evidence that Ericsson could be closing the gap given its recent financial missteps.

Hewlett Packard Enterprise (HPE) is well positioned globally in the telco space with Synergy coupled with its Intelligent Edge offering born out of its Aruba Networks acquisition. HPE Synergy, with its composable infrastructure core treats hardware like software and can dynamically allocate compute, storage and fabric across a network. The advantage for carrier solution providers is a rapid and automated deployment of new services as well as OpEx reduction through layered schemes such as NFV (Network Functions Virtualization) and SDN/S (Software Defined Networking/Storage). HPE’s view is that these services have the power to transform carrier solution providers into “digital” solution providers, thereby creating monetization opportunities for them. I can see that potential given HPE’s global footprint and expertise in large enterprise markets with a strong deployment base of these solutions.

With all of that said, my biggest takeaway from the show was that technologies like augmented and virtual reality and drones won’t be relegated to simply Pokémon GO gaming and entertainment (although I did enjoy the drone races at the show’s experiential expo). With next generation 5G wireless network support and scalability, these solutions as well as wireless infrastructure provider value add will create a new set of monetized services. Not only will that result in new revenue streams for carriers and operators, but it will drive a paradigm shift for both consumer and industrial market applications.