It has been a little over three months since Lenovo and IBM agreed to an acquisition of IBM’s x86 (Intel-based) server business. I’ve held back writing on this because I first wanted to talk with many of IBM’s ecosystem partners, their competitors, IBM, and of course, Lenovo. After talking with many of the key players, I wanted to share with you my thoughts. I’d like to start by giving a refresher on exactly what was announced.

On January 23, IBM and Lenovo made three key announcements:

What Happened At IBM

IBM for years was a leader in x86-based servers, but gradually gave way to Hewlett-Packard and Dell, today’s unit market share leaders. While strong in blades, IBM couldn’t keep up the required pace with many of the innovations and speed that Hewlett-Packard and Dell brought to the x86 server market. As importantly, IBM couldn’t accept the margins their competitors could. While IBM was doing reasonably well with POWER-based systems until recently, they were bleeding market share and losing revenue precipitously at a time when Hewlett-Packard and Dell were growing. As a financial comparison, every x86 server IBM shipped diluted their ~50% corporate gross margin. This is compared to an HP corporate gross margin on ~25% and Dell of ~23%.

IBM couldn’t afford to invest too much (versus POWER) into its x86-based hardware platforms and in a way, they were throttled by this. You can imagine when the Series x folks went to go get funding in an atmosphere where IBM religiously had to hit their EPS goals and the POWER-based systems got the funding. Additionally, while IBM had a separate IBM System x sales-force, I am told by IBMers that they were throttled by the major account executive who ran the large account who was motivated to go with a POWER-based system driven primarily by software and service add-ons. Net-net, IBM wasn’t that motivated to prioritize Series x.

The changing market landscape also contributed to IBM’s desire to exit the business. Intel, more and more, is increasing its platform development in x86 servers, decreasing the amount of value-add OEMs have managed to provide. Intel develops complete system platforms that are thermally and electrically sound and they provide tuned operating systems, drivers, software-defined distributed storage stacks, systems management stacks, and even storage and networking capabilities. OEMs in general, have had a challenge differentiating in this environment which has made the x86 server market more of a commodity than it was before. Lenovo loves these kinds of markets.

What This Could Mean To Lenovo

Unknown to some, Lenovo already has a server and storage business. While not what I’d consider a market share player in Europe and the U.S., Lenovo is a server player in China. They have dense, scale-out cloud systems and enterprise systems in China going as high as “4P” (4 socket) systems. That’s considered relatively large x86 iron. They also have a joint venture with EMC, where EMC provided high-end storage and a newly-formed joint venture called LenovoEMC provided mid-range and lower end storage. Each quarter, Lenovo is still adding new server and storage capability and is on track to deliver a full, global hardware portfolio by the end of 2015 and software and services by 2017. It would have probably taken Lenovo until 2019 to optimize this.  The IBM acquisition can accelerate this by many, many years.

With a full-range of servers, I believe that this can very quickly become accretive to Lenovo’s business. Let’s consider today’s Lenovo income statement. They operate today at ~12% gross margin, significantly lower than IBM’s ~50%. Just to maintain where they are today, Lenovo could accept 4X less gross margin than IBM to maintain whole. Yes, they will need to increase their R&D for servers, but I don’t believe at that same rate. Don’t forget, Intel is more than willing to fund someone’s R&D as long as they keep paying very high prices for Xeon processors. Let’s talk scale. 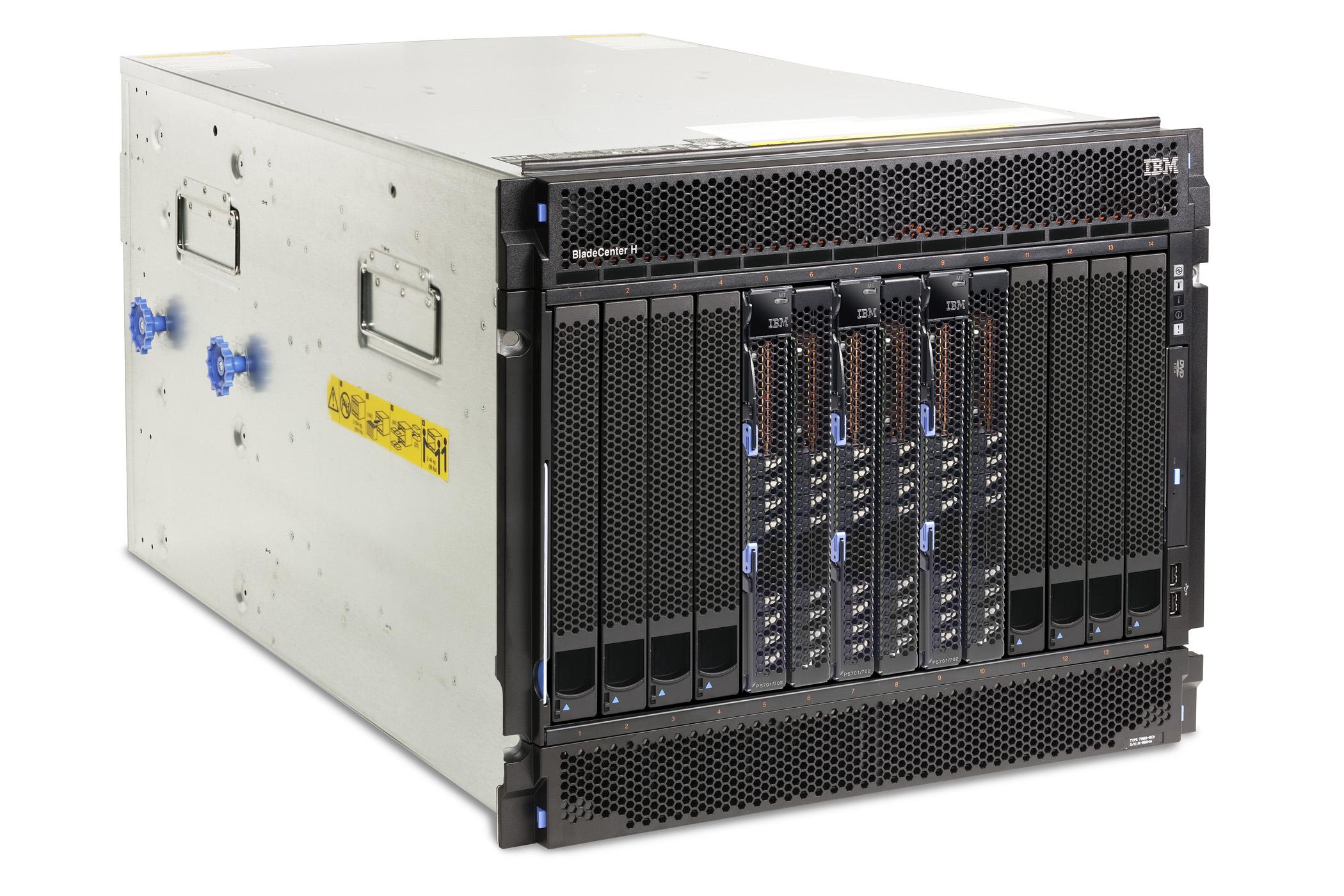 Lenovo already has purchasing scale in PCs, tablets and phones, but not in servers. While IBM had been losing unit share, they were still a top 5 buyer, meaning Lenovo then becomes the #3 global share leader after the deal closes. There are break points in purchasing of course, but undoubtedly, if Lenovo keeps volumes going they will pay less for processors, memory, storage, networking and even sheet metal for chassis enclosures. Typically in markets, it’s the top 3 players paying the lower prices, and that could mean staying power.

Notebooks The Same As Servers?

There was a considerable amount of skepticism when Lenovo bought IBM’s ThinkPad division in 2005. Yours truly thought it was unlikely Lenovo would maintain the required level of quality, customer relationships, marketing and market share. I was wrong. Nine years later, many still consider ThinkPad the enterprise gold-standard for notebooks. Most importantly, Lenovo recently vaulted to the worldwide market share leader in all PCs over both HP and Dell, a testament to their capabilities in an exceedingly commoditized market. But servers aren’t notebooks, right?

Yes, servers are very different than notebooks.  Blow out one notebook and a few people are impacted. Do the same for one server and it could impact thousands. There is one thing you must consider that many are not. Lenovo is pulling in IBM’s entire x86 server division including all the development, service and support and all the people with it. Lenovo is a smart company- they demonstrated they know how to retain American employees with ThinkPad. I am still shocked at how many times I run into ThinkPad “IBM-ers” in Raleigh.

I don’t think Lenovo is going to risk their investment and future by alienating an employee base.

The Lenovo-IBM deal isn’t complete yet as it has not received the green light from U.S. investment and defense regulators, but Lenovo is very confident this will go through. If it does go though, there probably will be a lot of scrutiny in x86-based server business into U.S. security installations. You would have to expect this. Outside these markets, I don’t see major issues, particularly in light of the Snowden disclosures.

One other noteworthy thing I should bring up. There has been a major attack on Lenovo and IBM by its server competitors to go in and get business that is currently in proposal stage. I don’t see that as a big deal as this always happens. It happens every time there are rumors of an acquisition and rumors of this deal have been circling for over a year. In every acquisition case there are customers who move, but the majority stay. When the Lenovo-IBM deal was negotiated, I am sure both Lenovo and IBM included “business continuity” in the final price. We will have to see in IBM’s earnings call if these attacks are making an impact.

If the deal goes through, I, for one, will be interested to see what the IBM System x group can do unshackled from a slower-moving IBM.