Lenovo has been on quite a tear lately in client computing. In the last 12 months, they achieved the #1 PC market share position, the #3 mobility (phone+tablet) market share position, and is in the final throes of acquiring Motorola’s smartphone and smartwatch business. Lenovo has shown unique prowess in emerging regions and is also growing share in traditional regions. For example, in Q2, Lenovo grew 20% in a U.S. PC market that increased only 7%. There are many reasons for Lenovo’s rise, but to me, nothing qualitatively tells a story better than looking at a company’s “hero” product. They say you can see the soul of a company in certain products and I think a great example of this is the Lenovo Yoga HD+ Tablet. Let me start with some background.

Today, Apple and Samsung dominate the 10″ tablet market. Apple was first to market and has continued that march by delivering an exceptional experience. I have an iPad Air and it is truly unique and the app ecosystem is incomparable. So how does Lenovo do battle in the 10″ tablet market? They could have aped the iPad like many others. Instead, they created a tablet very unique and different which, again, speaks volumes about how Lenovo attacks challenges. I spent a month with the Lenovo Yoga HD+ and I want to point out its differentiators. This isn’t a product review, but rather a product example of why Lenovo is excelling in client devices.

One of the most distinguishing characteristics of the Yoga HD+ is its built-in stand. The stand swivels out of the base of the tablet, which allows two distinct usage models. 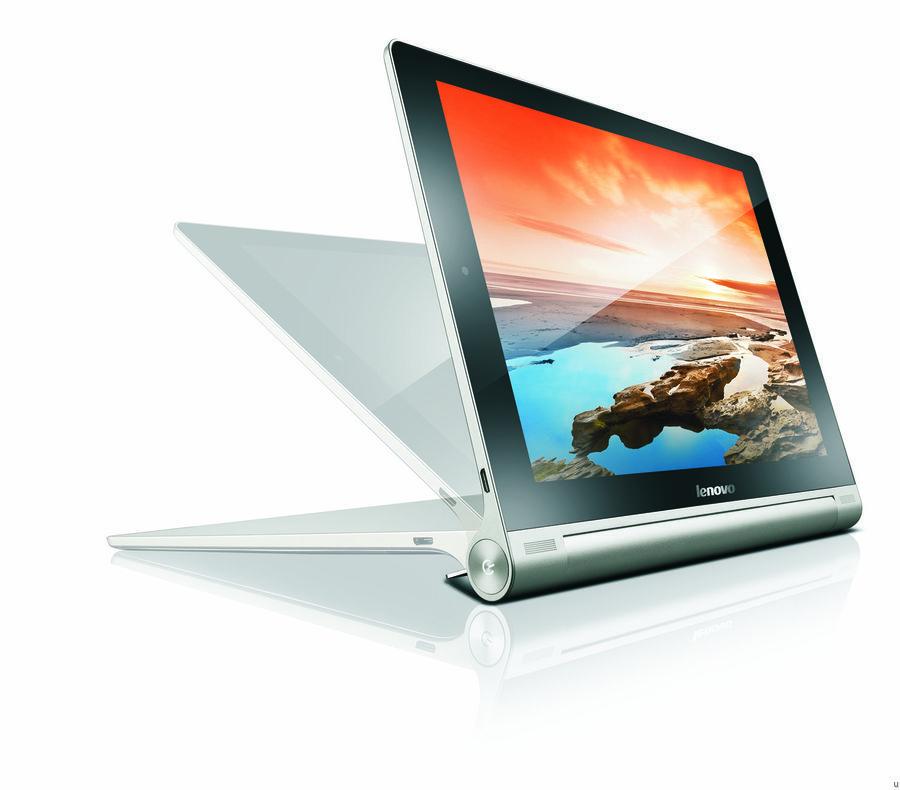 When I wanted to watch a movie on an airplane, I placed the tablet upright. I didn’t need to hold the tablet or buy a cover or case. The same goes for usage in bed. I would literally prop it upright on my chest and watch movies, surf the web, or run any app. What was so nice is that I didn’t need to hold it. This is called “stand mode”. The second use case is enabled by the stand and was best for a seated, “lean back” position. When I would sit at a desk or in a chair, I would use the stand to provide incline so I could type or interact with the tablet. This is called “tilt” mode. Again, this is built into the tablet and doesn’t require purchase of a cover or case.

I didn’t find the handle annoying at all, but rather made it comfortable to hold. I believe users will be mixed on this, though.  I have large hands and many thin tablets are getting hard to hold, so the handle really helped me.

The Yoga HD+ exhibited ridiculously long battery life. Sometimes, I’d go two days without a charge when doing basic web surfing. A lot of this has to do with the device’s large, 9,000 mAH battery which also serves as a handle and helps encase the stand. Lenovo also opted for a lower power Qualcomm Snapdragon 400 processor versus a 600 or 800. Lenovo also offers fine-grained battery controls. The fine grain controls were a bit confusing, but served their purpose to extend battery life longer than I’ve ever experienced on a tablet.

I don’t remember the last time I’ve written about the audio quality of a device. I’ll make an exception here as I had a very good experience with the Yoga HD+, particularly with content that supports Dolby Digital. The Yoga HD+ has two front speakers and supports Dolby Digital. Hats off to the engineers who worked on the spatial audio. While I am more of a videophile than audiophile, I can say that I did experience a multi speaker environment with two very small tablet speakers. When I would be watching a movie, sometimes I would hear a noise to my far left or right, but it ended up being from the spatialized audio. And that’s pretty cool.

Even with its built-in, aluminum handle and stand, the Yoga HD+ was very thin and light. At 615 grams, it’s slightly lighter than an iPad with Retina Display, but heavier than an iPad Air and Samsung Galaxy Tab S 10.5 by about 50 grams, or around 1/10th of a pound. As most of the Yoga HD+’s battery is in the handle, Lenovo was able to make the display portion very, very thin. It tapers between 3 – 8.1mm in height, so even at its maximum, it’s nearly as thin as an iPad Air and thinner than an iPad with Retina Display.

Lenovo also offers a $40-50 Bluetooth wireless keyboard that also serves as a cover for the display. It’s made out of lightweight aluminum and is what I consider a “chicklet” keyboard. While I’ve used better wireless keyboards, it was good enough for me to comfortably crank out a few 1,000 word blogs. 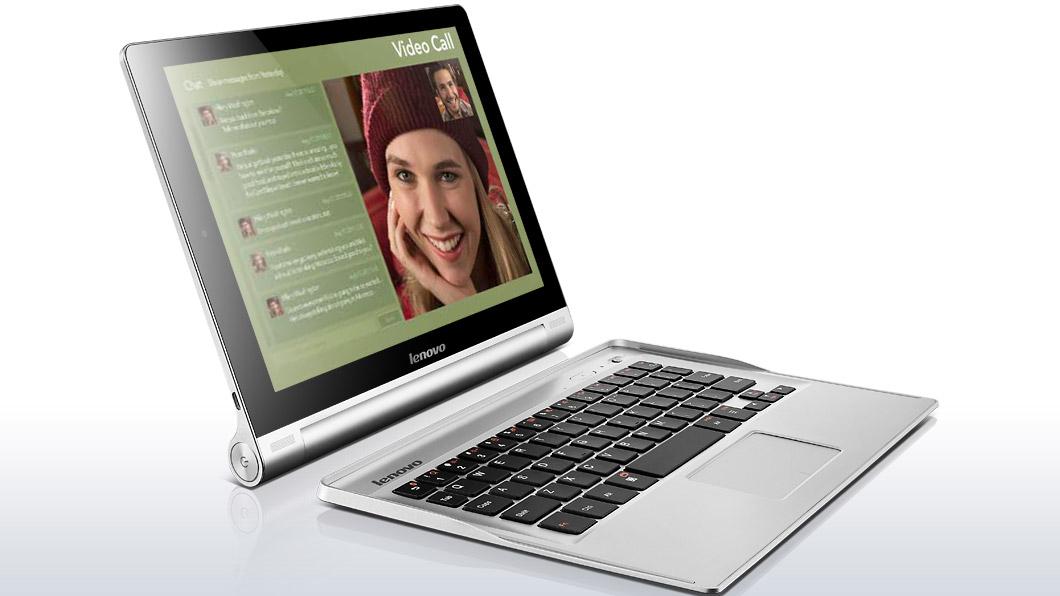 There are no perfect products, and as in life, you have to make trade-offs. To get that killer battery life and price point, Lenovo chose a Qualcomm Snapdragon 400 rather than a 600 or 800. They also chose 2GB of RAM, too. I noticed these trade-offs a bit while using the Lenovo Android interface and the browser where it felt a bit sluggish. It didn’t impact playback of any content like movies, music, or books.

To hit the $349 price point, Lenovo stuck with a 1,920 x 1,200 resolution, rather than going head to head with Apple and Samsung. The Yoga HD+ provided 73% the resolution of Apple’s Retina Display and 56% of the resolution of Samsung’s display. Pictures were the only content that I noticed that looked better on a Retina display.

Smart decisions by a smart company

So what can we learn about Lenovo by understanding their product decisions? I believe Lenovo started with a $399 price point in mind and then designed the most differentiated tablet around that.

The biggest thing I like is that they didn’t try to go head to head with either Apple or Samsung. Lenovo created something genuinely unique and differentiated with the Lenovo Yoga HD+ Tablet versus aping the giants. Instead of running up the display resolution, they built in an aluminum stand which serves as a handle and a receptacle for a large battery and speaker enclosures. And, by putting the battery and speakers in the stand, they enabled the tablet to be very, very thin, between 3mm and 8.1mm.

I was impressed with the Lenovo Yoga HD+ Tablet, but I’m even more impressed by the strategy that drove the design and trade-offs. If Lenovo can keep that sort of thinking going, I would expect some surprises in their future phone plans, too.