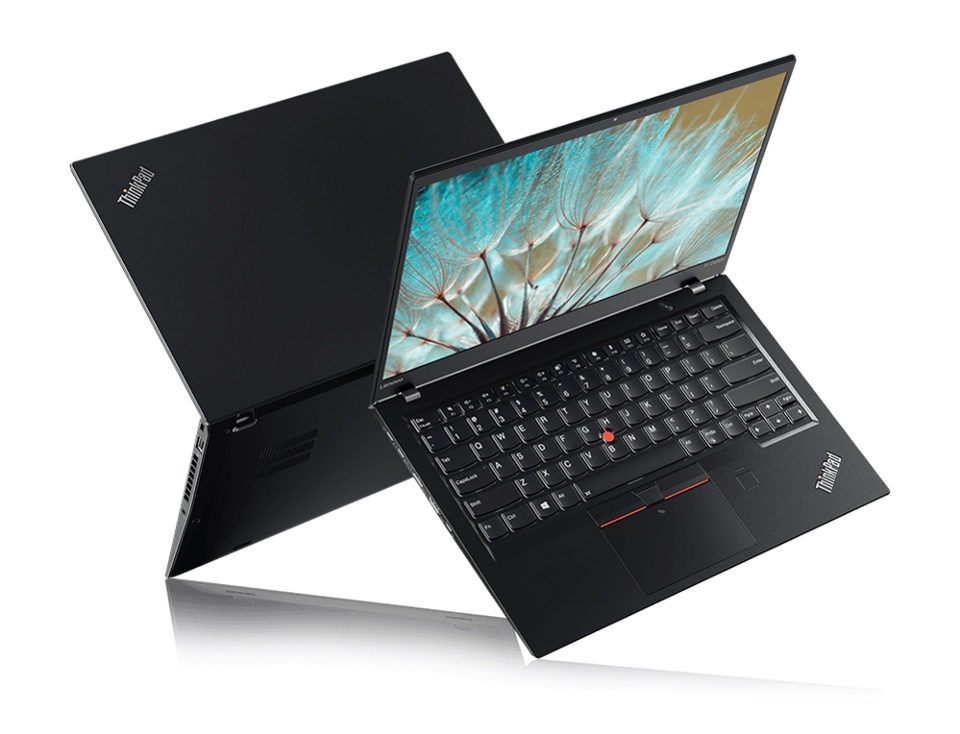 Lenovo recently loaned me the newest generations of the ThinkPad Carbon and the ThinkPad Yoga to take for test runs. Lenovo ThinkPad notebooks have an impressive legacy stretching back to the 90s, and have long been known for their durability and price-performance. I am always interested to see how Lenovo manages to bridge the gap between the old and new, so I jumped at the opportunity to spend some time with the newest generation of these two notebooks. After using the new Carbon as my primary device for a week, I’d like to offer my preliminary review. I’ll follow up with the Yoga in a few days.

The 14-inch display was overall a good size and very thin. I appreciated the narrow bezel, which seems to be the way the notebook industry is heading and limits what I consider wasted space. I thought the 1,920 x 1,080 resolution worked well for video streaming Netflix and YouTube—detailed and colorful—but was a little light for photos. Given this is targeted to enterprise workers, the resolution should be just fine. The Intel HD 620 graphics should suffice for advanced 2D and mid-range 3D apps. I felt like I could multitask well when I split the screen into two or three parts. I did expect for the screen to be brighter; even when I used it at full capacity, it still seemed a bit dull. This is possibly a trade-off for enhanced battery life, minimal glare, and price, but it makes the laptop a little less functional in my opinion. I wouldn’t mind seeing more gradients to increase brightness, too.

The screen is capable of bending all the way to a 180-degree angle, which is helpful because it makes it easily lappable, and it feels like you will not break it. It is hard to imagine a scenario when one would actually need to bend it to the full 180 degrees, seeing as it does not have a touch screen, but it definitely felt more comfortable when using it on the couch with my knees up. I will say the lack of the touch screen and a pen feature is a slight mark against the Carbon in my books—if I’m paying this much for laptop, I really like to see those features included. That being said, I understand that trade-offs have to be made for cost, space, and battery life, and I recognize that ThinkPad Yoga does come with those features.

One of the things I enjoyed the most about the Carbon is how lightweight it is. At 14 inches and 2.49 pounds, it is a perfect size. It slides easy into a backpack and when wearing it, you can not even tell anything is inside. While sometimes portability comes at the expense of durability, that is not the case with the Carbon—it can withstand drops and liquid and is compliant with a MIL-STD-810G military certification. Enterprise IT is most likely the target audience for the device, and these features play to that very well. It is sturdy and light as a binder—perfect for on-the-go corporate workers.

The keyboard was a win, as far as I am concerned. The keys feel smooth as butter, and make typing quite easy. The keys are also noticeably deeper than most PC’s I have used, which I prefer. I actually typed a five-page paper on it, and my hands never got tired. The power button is conveniently located on the top of the keyboard instead of the side—this way it does not get accidentally tripped in a backpack or a briefcase. The Carbon also has enhanced security features built in, such as a fingerprint scanner and TPM 2.0 and supports Intel vPro technology.

One of my favorite things about this laptop is its long battery life. It is great being able to take it everywhere, without having to lug around a charging cord—let alone having to scour the earth for a place to plug in. I used the Carbon for a full 10 hours straight without charging, and we’re not talking standby time—I was using Office 365 apps, streaming video on Netflix & YouTube, and using multiple browser tabs. I was also able to charge the device fully in a little less than two hours, while using it heavily. The battery life is a real differentiator here, if you ask me—many of the laptops on the market right now are struggling to match the Carbon in this arena.

This device is a wizard when it comes to ports—a right blend of yesterday, today, and tomorrow. It contains dual ThunderBolt 3 ports and two USB-A ports (lots of new devices are starting to forgo USB-A ports, but they are still important for charging devices). The Carbon also comes with two USB-C ports, an HDMI input, and a headphone jack. Lenovo sells a ThunderBolt 3 dock, which is great, but I haven’t had the chance to use it.

I also much appreciated is the Carbon’s connectivity.  It supports an optional, integrated Qualcomm Snapdragon X7 supporting LTE-A.

As I always say, there are no perfect products, and as in life, products have trade-offs. When I went onto the Netflix app to test audio, I was disappointed. There is only one speaker on the bottom of the device, and it was not clear, crisp, or loud—it almost sounded muffled. While streaming video on YouTube, I could not hear the sound clearly at all. The sound of the device while sitting on a table or in your lap is sub-par, given the price range. I say all of this with the caveat that the target audience for the Carbon is most likely enterprise IT—sound quality is likely not an important consideration for them.

The 720P front camera is just OK, in my opinion. When I used Skype, it looked a little blurry to me, and you could not see fine details like the texture of hair. The image appeared a little blended.  This is not a camera you would be excited to use, but I suppose it would suffice for basic user needs. For a hardcore business notebook, I would expect 1080P, but then again, this feature likely scores low with IT.

The touchpad left a little to be desired—it worked well, but was not as sensitive to my touch as I would have preferred. This was nice while I was typing, since it was hard to accidentally click, but it was not as touchy as I would have liked when used purposefully. In addition, my interns said that they kept accidentally triggering the keyboard TrackPoint.

Lastly, I feel like the design could be viewed as a bit outdated (thought I suppose this is very subjective). For some, such as myself, the ThinkPad logo, red TrackPoint and trackpad clicker detract from the modern look. That being said, I do respect the ThinkPad legacy, and it is clearly in full effect on the Carbon. I can see why Lenovo might want to keep this look, seeing as the company has other product lines with more modern appearances.

Wrapping up
Overall, I enjoyed my time with this laptop more than I expected. At first, I have to admit I preferred the Yoga—the Carbon does not have a touch screen and looks a bit outdated. After carrying it around a few days though, I started to enjoy how lightweight and bulletproof the device is. I also came to recognize that I personally am not the target audience for the Carbon—as I mentioned earlier, it is much more suited for enterprise IT. For that purpose, I think it hits the right notes.