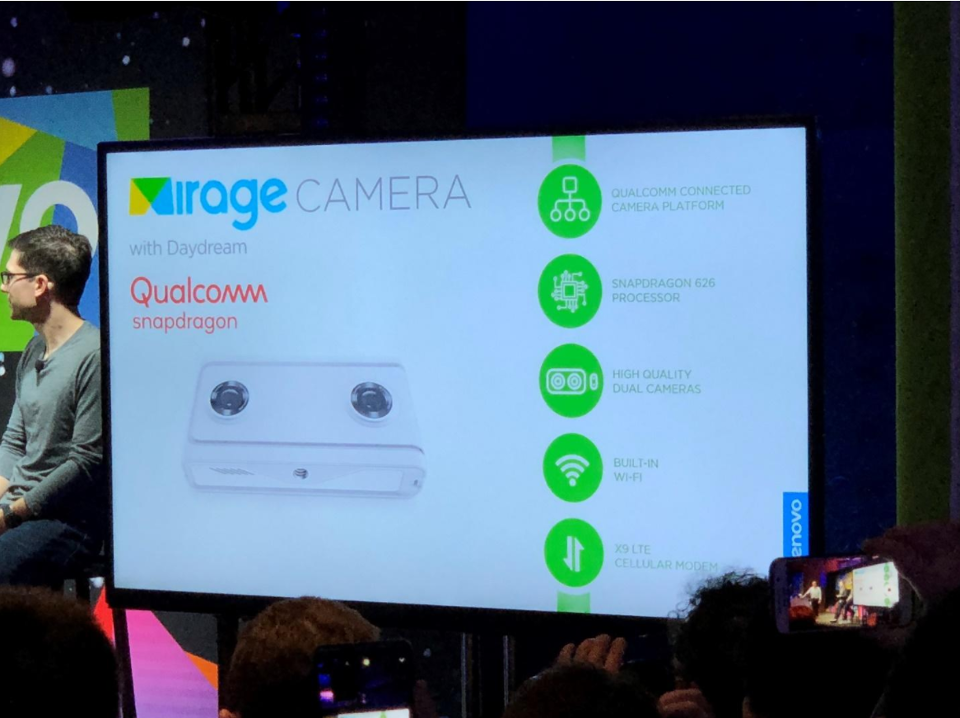 Last week, I and several other members of the Moor Insights & Strategy team attended CES 2018 in Las Vegas. The premier, annual consumer electronics conference presents a great opportunity for companies to showcase their newest products and services, and I was excited to see what Lenovo had in store for the week. Here’s my rundown of all the new products announced by the computing giant last week with a major injection of opinion. You can also check out what analyst Anshel Sag wrote about Lenovo’s new Daydream headset and camera.

Digital assistants were all the rage this US holiday, led by Amazon with its Echo brand of devices. Lenovo introduced an Alexa-based speaker last year, but as it delivered a limited Alexa experience, they wisely moved to Google Assistant.

One of the new Lenovo products announced at CES 2018 that caught my eye was the new Lenovo Smart Display virtual assistant, a collaboration between Lenovo and Google. Smart Display is essentially a Full HD touchscreen (available in 8 or 10-inch sizes) with Google Assistant baked into it, designed to be a home companion. Voice control enabled, it can be utilized for any number of purposes—calendar updates, weather, traffic, video chat with Google Duo, YouTube binging, and of course, managing users’ connected devices. The device is powered by Qualcomm’s recently announced Home Hub Platform (based on the company’s SDA 624 SoC) and is fully Wi-Fi, and Bluetooth enabled.

No one is quite sure how a Google Assistant-based product with a display will work, and I am interested to get some hands-on time with the Smart Display and see exactly how it differentiates itself from the Amazon’s Echo Show. I love that Lenovo is fearlessly jumping into these products as its PC competitors sit on the sidelines. If nothing else, Lenovo is getting an incredible amount of experience in an important space and most importantly, a key usage model.

One of the newest PC innovations is “Connected PCs.” While they have no definitive specification, these devices promise long battery life, mobile form factors, and LTE connectivity. Lenovo announced the Miix 630 2-in-1 Detachable “Connected PC,” powered by Qualcomm’s Snapdragon 835 Mobile PC Platform on the Microsoft Windows 10 S operating system. Lenovo says that the Miix 630 provides “the power and productivity of a laptop, with the always on, always connected mobility of a smartphone.” The Miix 630 detachable features a full-sized, backlit keyboard, a digital pen, integrated 4G LTE connectivity, and an impressive (alleged) battery life of up to 20 hours of video playback. It is also quite light (at 2.93 lbs.), and very quiet, due to its fan-less design. I was impressed by the “feel” of the Miix 630- the keyboard was solid, hard to do with a detachable. 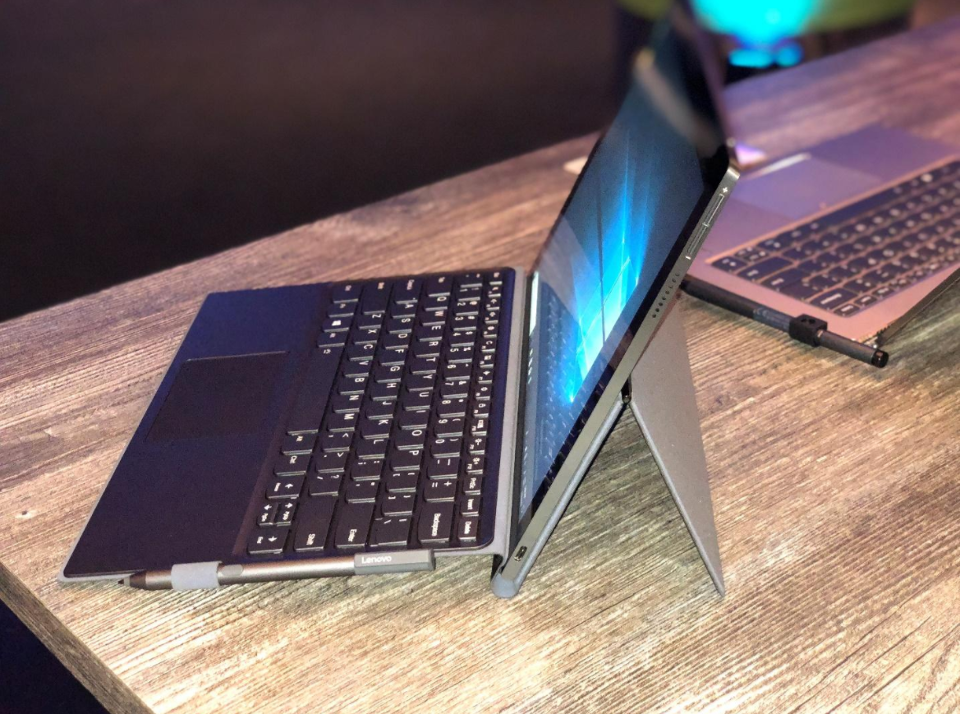 I have written before that “always on” PCs are tricky, and will require certain parameters to be met if they are to be commercially successful. The Miix 630 looks promising, but of course, I will need to get my hands on one before giving an in-depth appraisal. I have had the chance to test drive the HP and ASUS flavor, but not the Lenovo.

Upgrades to the ThinkPad X1 Series
Lenovo is the #1 market share leader in enterprise notebooks, so when updates to ThinkPad come out, people listen. Lenovo announced CES 2018 the next generations of the ThinkPad X1 Family, including the X1 Tablet (3rd gen), the X1 Carbon (6thgen), and the X1 Yoga (3rd gen). The new generations feature a variety of new specs and capabilities. The Carbon and the Yoga are the first PCs to feature Dolby Vision HDR imaging (after a subsequent software update), which Lenovo says will give the devices a stunning visual experience leveraging the same technology that is found in Dolby’s movie theaters worldwide. The new Carbon and Yoga also feature Lenovo’s ThinkShutter Camera Privacy feature, a physical webcam cover which seeks to better protect consumers from web-cam hackers. The 3rd generation ThinkPad X1 Tablet features a new, detachable 13-inch form factor, and is HDR compatible. It features an improved keyboard, all-day battery life, an IR camera capable of facial recognition, and compatibility with a new, optional Lenovo Pen. 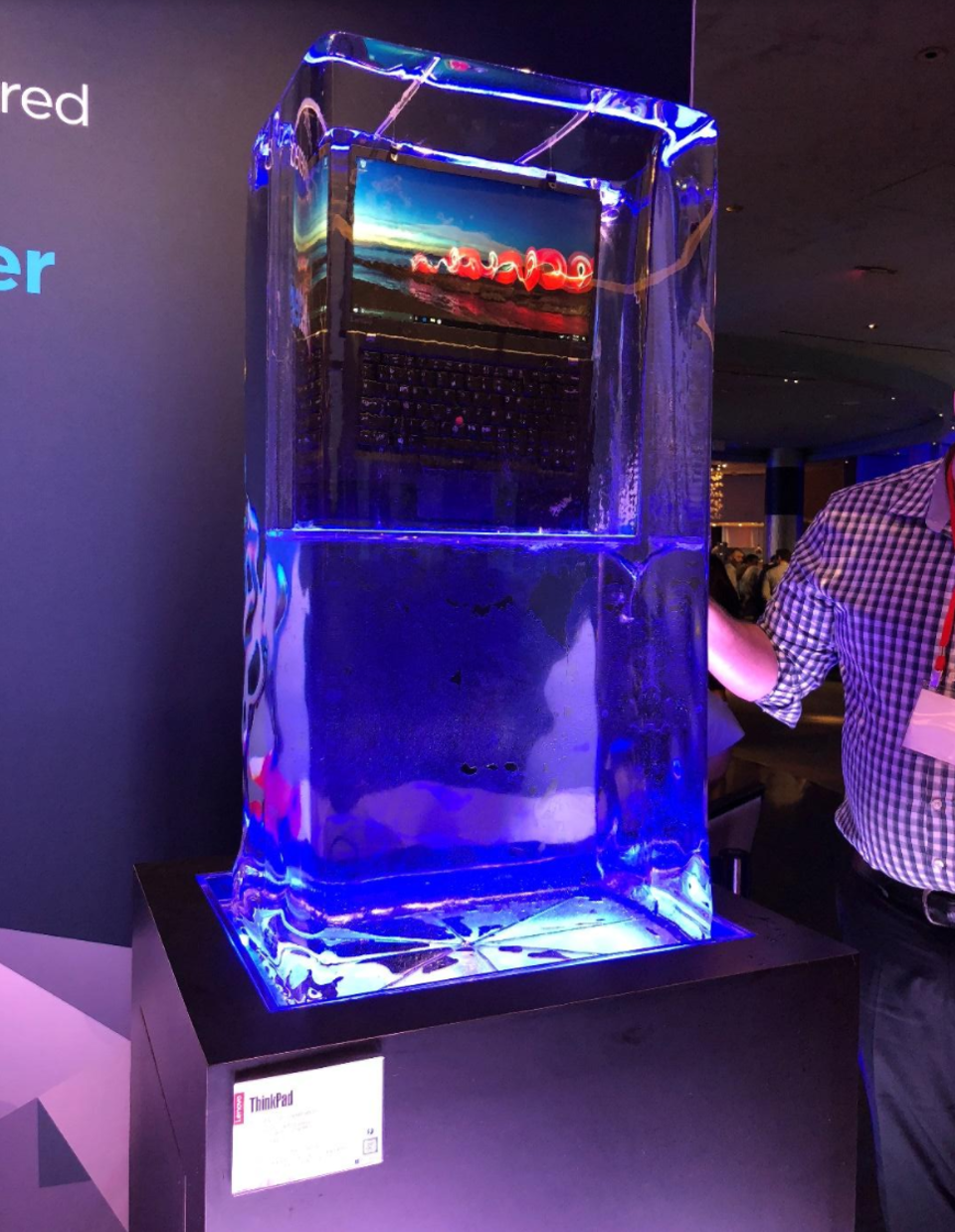 All of the new X1 series is Amazon Alexa-enabled (with far-field mics), and feature Lenovo Crystal Image—a minimalist software preload based off Microsoft Signature, that seeks to streamline and reduce the amount of pre-loaded apps. Crystal Image also utilizes Microsoft AutoPilot to lay the groundwork for the future of customer imaging and deployment. In the interest of cross-platform compatibility, the new offerings also feature omnipresent Type C charging and Universal Docking solutions.

These are all very welcome features, and the ThinkShutter is one of those “why didn’t someone do that before” features I think will become more popular. To go that extra mile, I am thinking blocking the cameras should also throw in a microphone kill switch, too. Maybe we will see Facebook CEO Mark Zuckerberg with a new ThinkPad?

While not very ThinkPad corporate, I find the Alexa, far-field mic, and modern standby capabilities very provocative. Why buy another device for the office when you have a PC that does the same thing? Users can also go portable with Alexa, something they cannot do with an Echo. 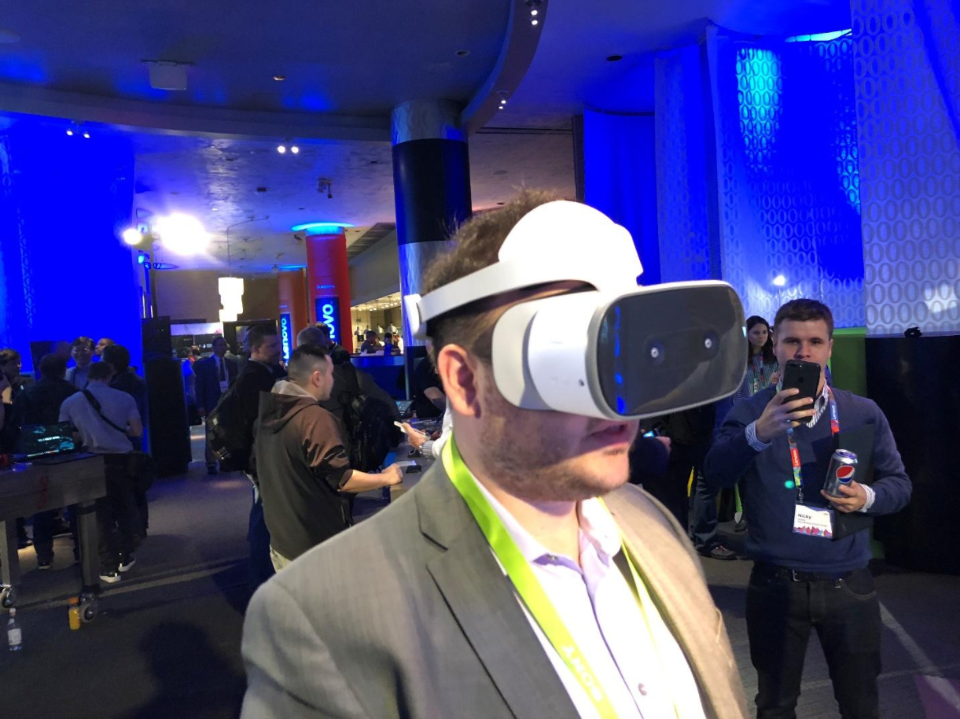 Lenovo’s stated goal is to be #1 in the AR/VR space. While I personally don’t think these new offerings are perfect, they are certainly distinct—they should help Lenovo drive shares and gain valuable insights into the industry. I had the chance to use the company’s VR headset and was impressed. I will continue to follow Lenovo closely in this area.

Wrapping up
All in all, it was a good showing for Lenovo at CES 2018. Nothing groundbreaking, but the new offerings (Smart Display and Miix 630) look promising, and all of the updates to the ThinkPad X1 family look to be solid improvements on an already great line of PCs. I like that Lenovo is so aggressively playing in the digital assistant and even optimizing their PC platforms for them as the company will learn a lot that will benefit them in the future. I hope to get my hands on some of these soon for some in-depth product reviews. Nice work, Lenovo.