Because Lenovo is both a PC company and a smartphone and tablet company, Mobile World Congress (MWC) is usually a big show for the company. In fact, Lenovo sells more phones and tablets than anyone in the industry. This year was no different, as we saw Lenovo launching new Moto branded smartphones like the G5 as well as Lenovo-branded notebooks and tablets. This year saw Lenovo really leaning into their PC division as they weren’t expected to launch any new flagship phones at the show. However, while Lenovo did not launch any new flagship phones at the show, the company did announce new Moto Mods for the Lenovo Moto Z.

Lenovo’s convertible consumer notebooks got a nice refresh, with a stronger focus on mobility and affordability. The Yoga 720 which comes in both 15” and 13” variants with 4K resolution is designed to be convertible but also affordable. That’s compared to the Yoga 910 announced during the holiday selling season last year, the highest-end of the family. The 720 brings Intel’s latest 7th Gen Core processors (aka “Kaby Lake”) and pairs them with RAM of up to 16GB and storage of up to 1 TB. However, one important feature worth noting is the addition of a Synaptics fingerprint sensor which supports Windows Hello. This makes logging into Windows much easier and faster than trying to remember a password. It’s hard for me to use a Windows system without some sort of Windows Hello feature and you have to use it to appreciate it. As a note, the 15” version also ships with a discrete NVIDIA GTX 1050 GPU which is powerful and definitely worthy of gaming although not the highest level of gaming. Lenovo also updated their Yoga Flex series which is the Yoga Flex 5 in north America and the Yoga 520 in the rest of the world. The Flex 5 ships with a lower resolution 1080P display on both the 14” and 15” models of the laptop. Last certainly not least is the Lenovo Miix 320 which is designed to bring serious competition to Chromebooks using Windows as the OS. The $199 price point is really the big deal here, if it can deliver comparable performance to what users expect from a Chromebook.

In addition to a bunch of new convertible notebooks, Lenovo continued their mobility story with its new Moto phones. These phones, the Moto G5 and Moto G5 Plus are squarely aimed at the budget smartphone market and are supposed to offer the most value for what Lenovo offers. One way that Lenovo is doing that is by elevating the budget smartphone category itself by offering an affordable device with a metal body. Most phones in this category are cheap plastic. The new Moto G5 and Moto G5 Plus take major design cues from the Moto Z flagship phone while also not cheapening its premium status. Both phones feature 1080P displays and ship with mid-tier Qualcomm Snapdragon processors. They also ship with removable batteries and Android 7.0 nougat and are supposed to be getting Google Assistant shortly, which would really make them a great deal at $199 and $229 respectively.

I believe modularity will be one of the natural progressions in smartphones and Moto Mods are modularity done right. You have to use them to believe just how useful they are. My Hasselblad Mod on my Moto Z literally has a 20X physical zoom, compared to 1X for most other phones other than the Apple iPhone 7 Plus with a 2X physical zoom. 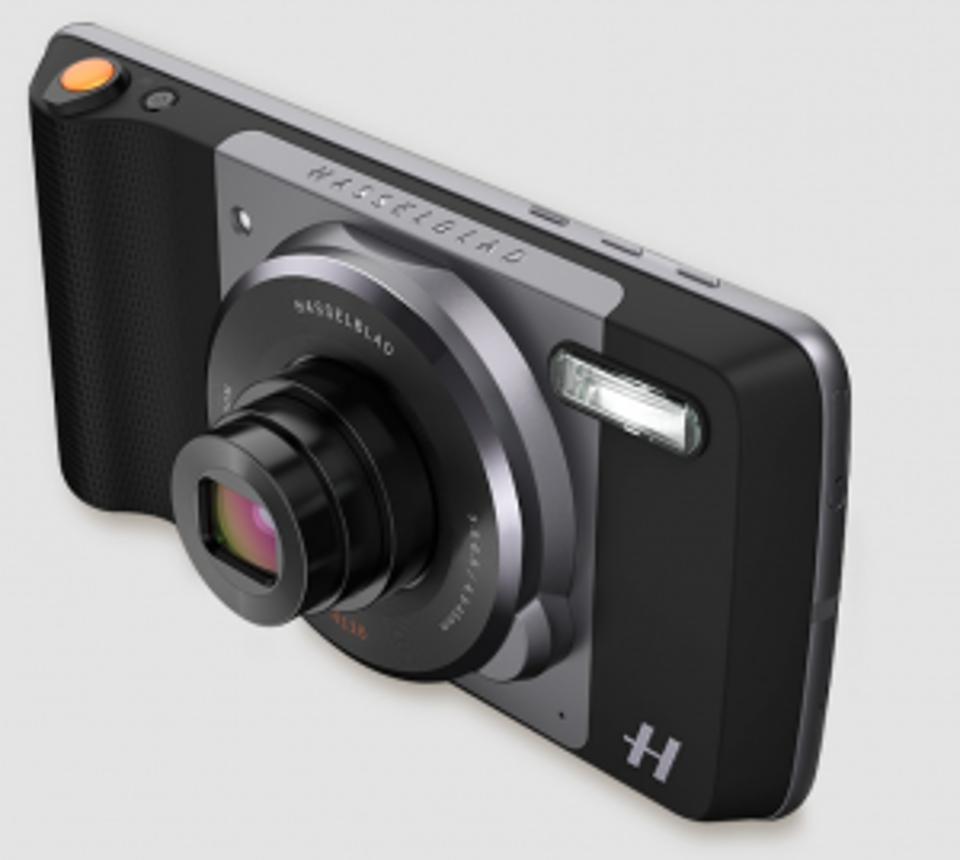 At MWC 2017, Lenovo also accelerated their Moto Mods program with an announcement of five new Moto Mods while also teasing that another 7 are coming soon. Lenovo announced a lot of power-related mods including a power pack, a charging adaptor, a wireless charger and a turbo charger. The one mod that wasn’t charging-related that got the most attention from the press and others was their gamepad mode which allows the Moto Z to drop into a controller setup that looks eerily like a PS Vita or maybe a Nintendo Switch. The alexa mod was compelling but was in concept only. Either way, I have been quite impressed with Lenovo’s Moto Mods program and the results I’ve personally had with the Moto Z and the mods that have attached to it so far. I expect that Lenovo will continue to roll out more mods as they have committed to doing and that they will increase in functionality and usability.

Lenovo is a leader in tablets and as many vendors have fled the field, Lenovo actually grew tablet share 15% (year on year) in Q4 while Apple, Samsung and Amazon lost market share. In addition to Lenovo’s smartphones and notebooks, the company also refreshed their line of tablets, now known as the Tab 4 family. This family includes the Tab 4 8, Tab 4 10, Tab 4 8 Plus and Tab 4 10 Plus. If these names seem confusing, that’s because they are in my opinion. I’d like to see Lenovo develop a different way to denote tablet, generation and size as it may confuse consumers. A simple removal of the space, calling it the “Tab4 10” could improve things significantly. The new tablets are extremely affordable and are designed to go after Amazon’s own tablet offerings which have accounted for a large portion of Android tablet volumes in the US. Lenovo appears to want to compete with them and is doing so by offering them with Lenovo’s own user interface on top of Android 7.0 nougat. I really liked that Lenovo added Qualcomm chips inside as this indicates a level of quality and driver support.

At MWC 2017 Lenovo reiterated its commitment to mobile, both on the smartphone and the PC side and have demonstrated that they are taking everything they do seriously. While it doesn’t look like MWC was the show where Lenovo brought out the big guns, I am still pleased to see them trying to elevate the mainstream smartphone and tablet experience as well as committing to continue to grow their Moto Mods program. This feature with the Moto Z may serve down the road as a major stickiness factor in keeping customers from leaving. Right now it has a very unique cool factor and that may also drive customers towards Lenovo that might have not considered it in the past.