I have used the iPhone since the 3G as my primary phone and have enjoyed my experience very much.  It was, quite frankly, 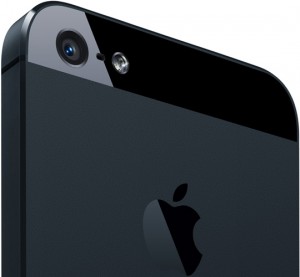 ahead of its time in almost every conceivable way.  It “felt” better, had more apps, better apps, great camera and a built-in iPod.  Better in every way until now.  I am strongly considering leaving the iPhone in favor of either Android or Windows Phone and I want to tell you why. Interestingly, since I’ve had my iPhone, I have also carried an Android and Windows Phone so I could make weekly if not daily experience comparisons.  Things have changed and it could be time to move on.  I am not saying I dislike iOS or the iPhone- I do, it’s just that it just feels too restrictive and not as so far ahead as it once was.

With Android’s “Butter” introduced at this year’s Google I/O, the feel is nearly as good as iOS.  That says a lot, because as far reaching as the first Android phone, I could feel a major difference.  When I mean “feel”, it is the responsiveness that the phone has when you touch it, primarily the swipes, and the responsiveness to those swipes.  As for Windows Phone, it has always felt good and responsive to touches and swipes.

There was a recent time when the newest apps were only available on the iPhone.  I don’t know if I am just becoming more settled (read:old) with my apps, but my front page apps have remained constant for a couple of years.  As those apps became available on Android, there was the quality conversation.  Those first Android apps were, well, ugly.  My front-page apps like Evernote for Android and Windows Phone are still ugly but they don’t keep me from doing my job or having less fun.  There is much less of a time delay or quality delta between Android and iOS apps than there ever was before.

Let me just say up front that I am not the typical consumer as it comes to sharing information on social media networks.  I share a lot and I do it on a lot of networks.  Apple has been very particular in how it wants to allow you to share from the point of content.  Let’s look at sharing a news article.

On my iPhone from Safari, when I get to the page I want to share socially, I have two choices, Twitter and Facebook.  When I do share with those networks, a beautiful clipping emerges and there is space to say some things about it.  The problem is, none of the contextual info shows up like the website and the article name or author. That means I need to type in the article title.  This is a pain.  Alternatively on Windows Phone and Android, I have as many networks to share to as I subscribe to, and in my case this takes Twitter and Facebook and adds LinkedIn, Google+, and Pinterest. More times than not, it will take the article title and place it in the “share” as content.

Speech to Text and Control

I drive nearly two hours a day as I have three kids who are very active in sports.  One of my daughters is involved in club volleyball, basketball, equestrian, and cheer, all at the same time.  So my wife and I are in the car a lot.  Therefore, I need speech to text and speech command and control to actually work well.

Research shows that in general, consumers are happy with Siri doing very basic things like voice dialing.  My personal research has shown that Siri does not work very well at all under many circumstances.  With me, it is flaky and rarely works well.  When it does work well, it is like Siri is a different person.  I just don’t understand the massive variability.  We have good networks in Austin, I am originally from the Midwest which is considered at least by news agencies as having no accent, and I use the highest quality microphones.

Android speech capabilities are nothing short of incredible, but it takes the right phone.  The Motorola Razr I is one of the best as it accurately does speech to text over speakerphone at an unscientific 95% hit rate.  I talk, it types. With Google Now on my Samsung Nexus 3, it adds natural language to get very specific data points, very similar to Siri.  All in all, Siri is more sophisticated on paper, but does not work for me at all.  It is unfortunate, because Siri was the reason I bought the 4s.

Microsoft has been disappointing on this front so far given they have been doing speech control for around 15 years and the fact the Xbox works so well in a challenging acoustic and compute environment. 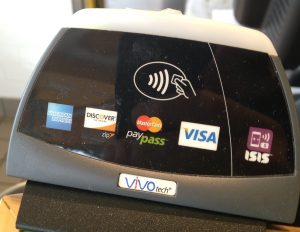 on wireless speed, WLAN speed, PAN, pen interaction, external storage, modularity, and notifications. I have been OK trading off newer or different technology for the better “feel”, better apps, better camras and iOS reliability, but with Android caught up in many areas and with Windows Phone on the move, it’s a more complex decision now.

Let’s take NFC as an example.  I was very skeptical about NFC for a myriad of reasons, particularly around NFC payments… that was until ISIS came to Austin.  I’m in my local Jamba Juice, and there it is, ISIS payments accepted.  At that point, I wanted it as I routinely forget my wallet and when I do remember, my debit cards get used so much it rarely scans correctly. I want NFC as a backup.  The Samsung commercials are funny and I do like playing around with sharing pictures and web pages over NFC, but that’s not driving my demand for NFC, it’s the potential for NFC payments in my city.

Where to Next, Android or Windows Phone?

First of all, I have not decided 100% to leave my iPhone.  Over the holidays, I will start trying out different phones and let you know about my experiences.  As a tech analyst, I will be separating my personal experiences and what I think the homogeneous consumer “market” will think as I am not a typical consumer.  I am much more technical, live a more digital and connected life, and am older than the median versus the “average” consumer.  Most interestingly, four years ago I didn’t think I would even be considering something else as my primary phone, and must give credit to Google, Microsoft, Samsung, HTC, Motorola, for their continued advancements.