About a month ago, I made the decision to stop using my iPhone 4s with the possible outcome of leaving the iPhone for an Android or 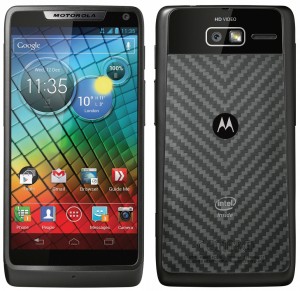 Windows phone for an extended period of time.  I don’t want to use the term “never”, because that’s limiting.  As promised, I wanted to share with you my experiences with Android so that you may get a deeper insight into how other users may feel and respond to their next phone purchase and experience.  I want to reinforce that this is, at best, a qualitative research study of one individual; me. I possibly represent a market segment of U.S. mid 40-something males that is technically savvy and enthusiastic about technology.  I will talk about the pros, cons, and things that just didn’t matter one way or the other when comparing my iPhone 4s to Android phones.

I used three Android phones, bouncing back and forth between them to experience  Android.  The three phones were: Samsung Nexus, Motorola Razr HD i, and the HTC One X+ which were provided to me to use.  Let’s start out with the Android phone plusses.

Instant access to info and controls via Widgets: With Android Widgets I can look at my most often accessed information without even opening up an app.  My most often used app widgets were Mail, Calendar, sports scores, weather, social media updates, and TripIt.  The neat part is that you can actually manipulate the data in the app and there more often than not, don’t need to open the app. This is a big time saver.  My Android control widgets were display settings and hotspot, so instead of three clicks, it takes one.

Free hotspot: This one is very straight-forward.  On AT&T and my iPhone, I needed to pay extra for a Wi-Fi hotspot and with my Android phones I did not. 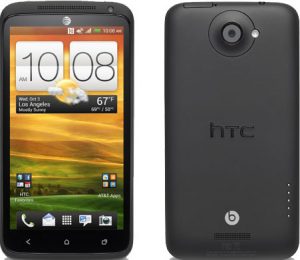 Google Voice: As I said in my earlier post, I drive a lot and need speech to text for notes and texts that works really well.  Google Voice just works where Siri does not work well for me.

Flawless sync with Google Services: Google Services like Mail, Calendar, Tasks and maps work flawlessly. They don’t work well or aren’t as feature rich with my iPhone.  Contacts are a great example as my iPhone contacts would not sync with my Google contacts without the need of another app.  We don’t need to talk about Google maps.

Cool tools: I really like some of the very cool tools that come with the phones.  Motorola Smart Actions makes suggestions to automate task like personalizing context aware situations like while sleeping, at home and at work.  HTC has a power saver toggle that really did save power and a very detailed “usage” tab that showed me exactly how much data each app used and would send me warnings based on my pre-set conditions.

Multitasking control: Android lets the user control everything about multitasking, more like a PC or Mac.  This came in real handy when uploading photos in the background to cloud storage or social media sites.  It also works great to have a fully refreshed phone with the latest data from Pulse, Podcasts, and Evernote.  To not kill power, many of the apps give you a choice to only upload during WiFi connection or when plugged in.  Sugarsync is smart enough to stop uploading photos when the battery gets to 25%. My iPhone just doesn’t do this.

Chrome browser: This isn’t the WebKit browser in iOS, it’s the real thing, and I can sync my PCs bookmarks, passwords, and tabs from other Chrome browsers.  Yes, I could do this with Safari, but I preferred Chrome for my PC and Mac browser.

Google Now: I am very impressed with Google Now, primarily the search based cards. It is very helpful to be on a trip out of town and Google Now displays when my plane leaves, the gate, the weather there, hotel details without entering any data.  It’s indexing my emails which a bit creepy, but adds value so I let it do it.

Now let’s move onto the areas that didn’t make a difference one way or another.

Same “Page 1” apps: Unlike Android of yesterday, Jelly Bean offer the most popular and trendy apps, they aren’t “ugly” anymore and have very similar feature sets. One exception, Evernote, is still very ugly compared to iOS, but that’s about it.  All my other “page 1″ apps look and run just fine.

Feel and flow: I’ve used every version of Android since inception and none ever “felt” as good as iOS… until Jelly Bean.  Project Butter made a very big experiential difference.

Battery life: I didn’t feel and more or less battery life with any of the phones, except the Motorola Razr HD i, which seemed to last longer.  There are a 100 review web sites that can give you exact figures, so I will stop there.

Camera: However many people told me about the great Android cameras, they all felt short to my iPhone, except in some flash circumstances, where images were white-washed.  All my Android cameras took photos quicker, had more settings, but the pictures never looked as good as the iPhone 4s.

Mail: This is a tough one, one that I waffle on, because I spent the last few years on an iPhone.  I prefer iOS email to Android for reasons that are hard to explain.  Android mail doesn’t look or feel right to me and it’s too hard to find a new folder.  This may have something to do with the fact I have four email accounts, but that’s the way I operate.  The only exceptions are swipes, which you can customize in Android to do what you want, like delete.

Courtesy links: This isn’t the official name in iOS, but I dearly miss the “courtesy links”.  These are the links to addresses, phone numbers in mail, calendar, and web pages that allow you to do something.  Adding a name embedded in an email is torture in Android and pure bliss in iOS.

Copy-Paste: This, like mail, I am a bit torn.  Copying and pasting, a very basic function, and is more challenging for me on Android.  I don’t know if it’s because I spent most of my time on the iPhone the last few years but I get frustrated with Android.

Group text: Unlike the iPhone that presents group texts in order and in-context, Android presented texts to me in an out of order, jumbled way.  We’re 4 years into Android and I don’t understand how this can be.  Android can do better than this.

I really did like the Android phones and none of the minuses turned me off enough to run immediately back to my iPhone.  After using Android phones for the last few weeks, I can see very much why so many people gravitate to it.  It’s more than low price; many of the experiences I found much more enjoyable than my iPhone.  Android felt so more empowering, too, as I am in control of the phone, not the manufacturer.  As my iPhone 4s is sitting in my drawer collecting dust for a while, I’ll be taking the Nokia Lumia 920 and Windows Phone 8 for a deeper spin.  I’ll keep you posted.