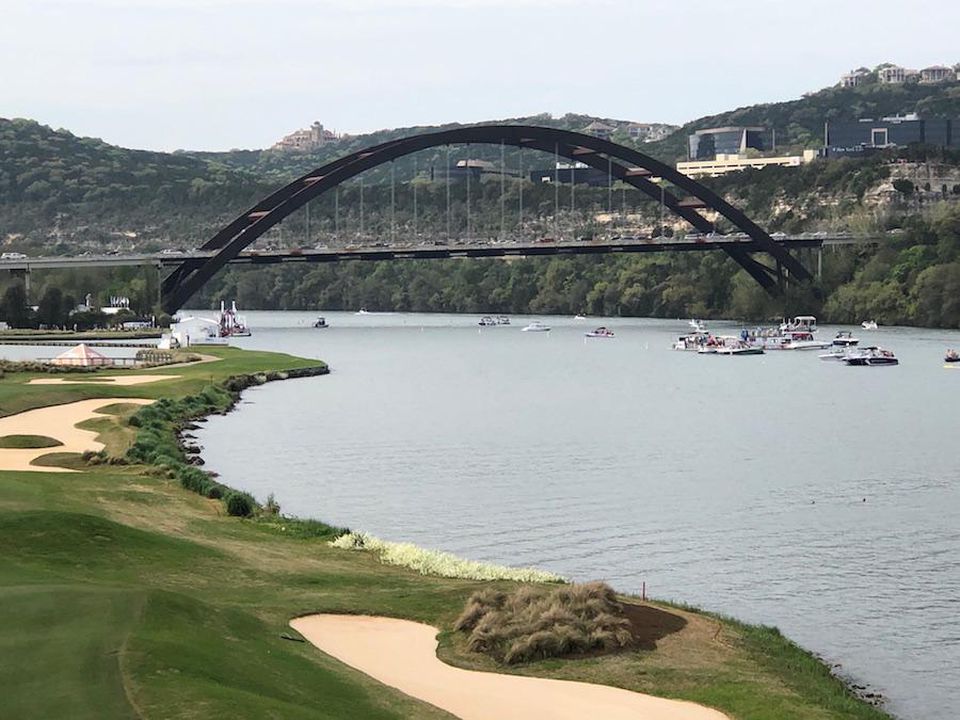 As Leo Tolstoy wrote, “Spring is the time of plans and projects.” In my 2018 predictions article, I made some bold claims about what I thought would happen in the IoT and autonomous vehicle marketplace (Tim Cooks Retires, Apple buys Tesla , and Musk takes the reigns). Since then, I have had the opportunity to interact with dozens of companies that are moving the IoT ecosystem from prototype to production. Below are several vendors in the IoT landscape that are leading the industry within their respective lanes.

AWS has realized its platform and applications have intrinsic value within the IoT market. AWS has deployed several solutions to enable developers and enterprises to connect devices at the edge: process containers, serverless deployment of code via AWS Lambda, machine learning with Kinesis, and homegrown analysis tools to manage big data, analytics, and data from end-point devices. AWS’s overall set of solutions make it a reliable choice for organizations wishing to dip their toes into the IoT marketplace.

From an IoT perspective, Cisco Systems has maintained its position as a top broker and enabler for connected technologies. At a tactical level, Cisco’s strategy has not changed much and is not dissimilar to the many go-to-market strategies pushed forward by its competitors. However, in my experience, Cisco ALWAYS plays the long game. Dating back to my days testing for various Cisco certifications, the company has long made it clear that it only goes into markets where it can achieve number one or number two status. In my opinion, IoT and automation represent the short-game. Smart-cities gets Cisco on the fairway, but its Country Digital Acceleration (CDA) program is the real long game—leveraging networking, infrastructure, and IoT to improve economies, governments, and people’s lives. Cisco’s CDA is transforming whole countries from a security and economic perspective. In my opinion, Cisco is the only infrastructure firm that can change IoT from a buzzword to a real-world solution, aggregating services, customers, and infrastructure into a common platform for driving revenue and quality of life for its partner countries’ citizens.

Based in Tel-Aviv, Israel, CyberHat is one of the few firms that has integrated real-world cybersecurity assessments and security operations center (SOC) solutions from the data center to the edge. CyberHat delivers traditional north/south-stack security assessment services, advanced persistent threat (APT) testing, firewalls, load balancers, end-point configuration, and optimization to east/west monitoring—including but not limited to virtualization, cloud, and container environments.

Most third-party security firms focus on the “practice” of cybersecurity—this is, checking the regulatory and certification boxes rather than focusing on the reality of incident response: the practical deployment of dispatching security solutions for cyber mitigation, SOC monitoring, and proactive/attack-based cyber resolution solutions from the datacenter to the edge. As the number of attack vectors increases, enterprises must have an active 360-degree view of their security vulnerabilities. They must have insight into kill chains as well as a plan to deal with incident response, especially at the edge. CyberHat is one of the only firms that holistically and proactively address IoT security threats in this manner. For this reason, CyberHat has impressively displaced many incumbent Managed Security Providers (MSPs) within major high-visibility accounts. CyberHat’s success is due in large part to its ability to address cybersecurity from a technology agnostic perspective across heterogeneous environments, in a more in-depth and comprehensive manner than any of their competitors. This, in my mind, is the main differentiator for this up-and-coming company.

Dell introduced its IoT strategy last year at its appropriately-named IQT Day in NYC. The announcement was made with great fanfare, featuring Michael Dell crossing town in an autonomous Tesla, IoT driven farms, and even dancing robots. The central focus of Dell EMC’s  IQT Day its new Pan-Dell Technologies Division, which leverages the core strengths of the Dell family of companies: Dell, Dell EMC, Pivotal, RSA, SecureWorks, Virtustream , and especially VMware . Over the past 6 months, Dell Technologies has done an excellent job of demonstrating an IoT vision, and its competitors are having a difficult time keeping up.

Dell has achieved several significant customers wins since then, without much fanfare. Although I predicted at the beginning of the year that 60% of the IoT proofs of concept (POC) will never make it to production, I think Dell EMC will be part of the 40% that push their POCs to real-world deployment. Furthermore, I think Dell Technologies will continue to carry the mantle of innovation, expertise, and customer implementations within the IoT marketplace. Even though Dell Technologies has a strong legacy of security with RSA and SecureWorks, it must continue to elevate NSX as the east-west security platform to complete its overall security profile—especially in multi-cloud environments. If not, Dell will become overshadowed by smaller, nimbler, and more aggressive security providers. In my opinion, Dell Technologies must also do more to highlight customer success across its IoT business. However, the Dell Technologies vision, depth, and breadth will remain a significant barrier to entry for its competition.

Recently at IBM ’s THINK conference, it announced its Watson Assistant: an AI-driven digital assistant that promises to connect brands with personalized customer experiences. The primary differentiator is IBM’s integration of relevant brand information across multiple service providers to create a 360-degree experience in the home, at work, in the car, etc.

While Watson Assistant’s consumer applications are helpful, the commercial implications are even more profound. If Watson Assistant can help companies proactively manage supply chains, assets, and field technicians more efficiently, it could be a real game changer for many industries. If IBM can integrate the user experience of I-VIE with the intelligence of Watson in a corporate environment, it will have a substantial competitive advantage over most AI-based service providers.

IFS is a company I have been watching since my first trip to Sweden in 1990 for an e-commerce conference. Since then IFS has built a strong heritage of applications focused on enterprise resource planning (ERP), enterprise asset management (EAM) and field service automation (EAM). IFS was one of the first enterprise software companies to launch a labs division, which focuses on the convergence of IoT, augmented reality, AI/ML, etc., with applications and services. One of the things that has impressed me the most about IFS is how it only goes to market with real-world customer deployments; it was one of the first firms to deploy a production-ready IoT customer use case.

IFS recently announced a change in leadership, bringing Darren Roos in to replace retiring CEO Alastair Sorbie. Roos brings considerable experience, previously serving as president of SAP ’s Cloud ERP business, and before that, Software AG’s international operations. Based on Mr. Roos’s experience, I expect IFS will continue to be a vanguard of IoT applications innovation. I think we’ll especially see this within FSA and EAM, where firms like GE Digital’s ServiceMax and Oracle ’s Field Service (formerly Service Online) have been struggling to fulfill customer requirements.

Software-defined networking is not something generally associated with IoT, but SDN will play a critical role in how network traffic is optimized and managed. SDN eliminates much of the bottlenecks created by the onslaught of data that IoT generates. Furthermore, SDN helps organizations to connect networking function virtualization (NFV) services, which connect edge, virtual, and other application services across all parts of the network. Montreal-based Inocybe has been at the forefront of deploying open networking solutions, powered by the Linux Foundation’s OpenDaylight(ODL) platform. Inocybe’s Open Networking platform makes it easier for service providers and enterprises to implement production-ready networking components from the data center to the edge. Open networking technologies like Inocybe are allowing service providers to bring revenue-generating services to market more quickly and efficiently. SDN in IoT will play a significant role in reducing the complexities and costs of deploying commodity-based edge and Fog computing solutions.

Based in St. Petersburg, Florida, Jabil manufactures many of the products we use every day. From toothpaste to connected cars, chances are you have something Jabil has produced in your home. From an IoT perspective, Jabil has built an impressive practice around developing sensors, devices, and electronics that will no doubt drive future IoT innovation. Many OEM vendors turn to firms like Jabil to go from prototype to production across many different verticals. Jabil has done an excellent job of hiring and acquiring specific domain expertise, combining it with manufacturing capabilities to bring technology solutions to market faster.

In my opinion, firms like Jabil will continue to grow as the need for specialized and commodity edge devices increase—especially those that have multiple communications interfaces and integrated components. Additionally, manufacturing firms like Jabil help with usability and functionality testing before going to market, which helps to reduce failure and improve overall product quality.
Wrapping up

This is just an overview; many other companies could and should be included for their various contributions to the IoT marketplace. In future articles, I will highlight more of the companies and technologies that are doing their part to drive the IoT industry forward. 2018 is the year that IoT goes from prototype to production, but it is going to take a broad ecosystem full of innovators like these to make it happen.