I had the distinct pleasure attending Microsoft’s event in Redmond last week where they brought out a myriad of new products like HoloLens and Surface Hub and disclosed many more details on Windows 10, in particular, the consumer features. In the totality of the event, I think Microsoft score big in that they projected that they could innovate and that Windows 10 is a lot better than Windows 8.

What I’d like to do is drill into the consumer aspect of Windows 10. To start, it has to be recognized that Microsoft has long struggled from negative to positive image from specific Windows releases. A good example would be Windows ME, which wasn’t accepted, followed by Windows XP which was wildly successful. Following that, Microsoft released Windows Vista, which was widely seen as a buggy and laggy operating system, which was once again was saved by Windows 7. If history repeats itself, this most recent cadence of Microsoft’s successes and failures promises to start with Windows 8’s failure and end with a Windows 10’s success.

Windows 10 is promising to be the best operating system Microsoft has ever created, but will need to convince consumers that it is worth using after the failure of Windows 8 that not only alienated users, but the Windows ecosystem of ISVs, OEMs and partners. Windows 10 aims to please the millions of Windows users that felt ignored and alienated by Windows 10, bringing back a lot of the familiarity of Windows 7 while upgrading everything across the board. Will Windows 10 be able to once again change how people see Microsoft and the Windows Operating system?

Windows 10 promises to be one of the most nimble releases of Windows to date. This expectation is built upon a multitude of factors which include Microsoft’s statement that they are expecting Windows 10 to have the same hardware requirements as Windows 7. This, paired with the DirectX 12 graphics API should enable better graphical experiences with weaker hardware. This means that those using Windows 10 on weaker SoCs or lower-end chips are less likely to notice the difference just using Windows than they might have under Windows 7 or Windows 8. I give AMD credit with their Mantle API for forcing the issue. 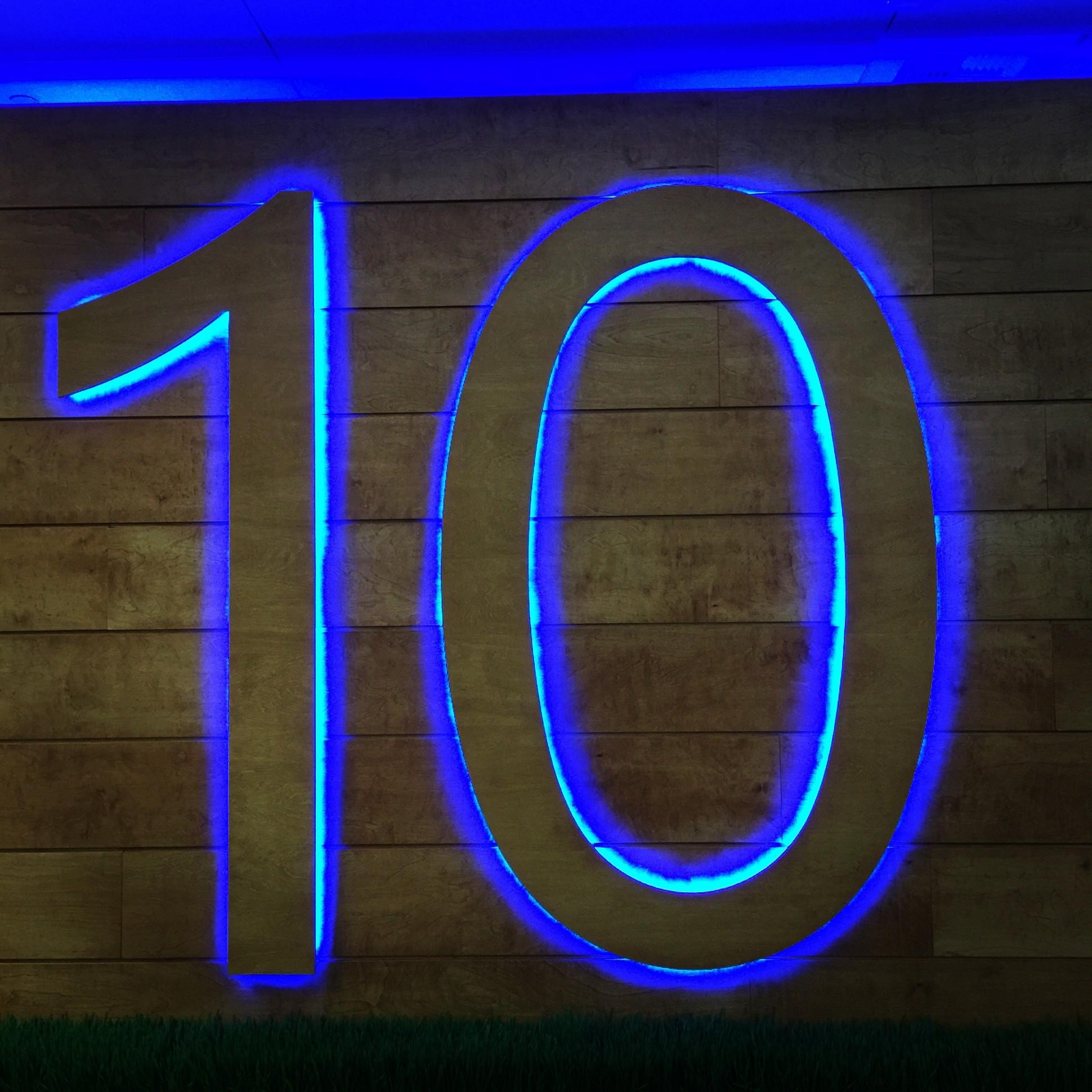 Part of the attractiveness of Windows 10 is the fact that users will essentially have the same OS for phones, tablets, notebooks, desktops and even Xbox. Nobody has achieved this unification of platforms thus far and Microsoft appears to be focusing on this top down approach to attract people to their ecosystem. This appears to be an attempt by Microsoft to draw people to the ‘full solution’ and get more people to use Windows Phone 10.

Universal apps, good idea or dumbing down of apps?

One of the crowning features of Windows 10 will be the ability to support universal apps. Universal apps are applications that can be deployed on Windows 10 and used on any device that runs Windows 10. They can run in a window or in full screen.  The benefit here is that Windows phone, tablet, notebook and workstation will have the same experience on the same apps.

In order for this to be enabled, the application must run Microsoft’s latest Windows runtime environment as well as address the different user interface challenges and hardware performance levels that exist on the desktop all the way down to the smartphone.

A challenge with this approach is that it effectively forces developers to deploy dumbed down applications that can work mostly the same on a smartphone as on the desktop or notebook. As a result, Microsoft is releasing some of their core applications like Office 2016 in both universal versions as well as standalone versions. So you have to challenge how rich these universal apps can be and then compare that with Apple who is pushing the desktop limits with OSX.

The other challenge with this approach is that a user starts to experience the same problems that Windows 8 had in that some applications launch in the Windows 8 interface and other applications run in the Win32 desktop. This created a fairly split experience and resulted in a lot of unhappy users.

Thankfully Microsoft addressed this with Windows 10 by bringing back the start menu and desktop and that universal apps can run in a window, but they will still have to address the two types of Windows applications running alongside each other once again.

New browsers, do we really need two browsers for Windows 10?

One of the most anticipated features of Windows 10 is the recently announced Spartan browser, which is an entirely new browser from Internet Explorer (IE). Microsoft has signaled that this new browser will not actually replace IE but rather run alongside it. The new Spartan browser is expected to bring a lot of speed, features for collaboration and sharing and plug-ins that IE was simply missing.

Net-net, IE will be about industry standards and enterprise backwards compatibility and Spartan is all about speed on modern web pages and compatibility with Google Chrome and Apple Safari.

What isn’t quite clear is why Microsoft is loading both Internet Explorer and Spartan for consumers, who are fleeing to Chrome and Safari. The two browser issue means unneeded consumer complexity.

Cortana comes to the PC

As Google and Apple have come first to the market with their own digital agents, Microsoft too followed suit with Windows Phone and Cortana. Microsoft has finally brought this functionality from their Windows Phone platform to the PC with Windows 10, meaning that tablets, notebooks and desktops can now have the Cortana functionality that Microsoft’s smartphones have had. Having watched the progression of Siri and Google Now, I am excited to see a different player, Microsoft, who can potentially improve the craft which needs a lot of new work.

Bringing a digital agent to a non-smartphone platform is definitely something that hasn’t been done before by anyone and it will be interesting to see how Microsoft makes it work. There is no Siri for OSX and Google Now doesn’t exist outside of Android unless you count Google voice search on Google.com as a digital agent, which I don’t.

Digital agents have been mildly successful on the mobile platform, but if Microsoft can wind that into the PC and make it relevant they could have a homerun. People will still use their smartphones heavily and if they can have all of that intelligence transferred over to their notebooks, tablets and PCs they may find it more enjoyable.

What I’m disappointed most by is that Microsoft is signaling there will be Cortana consistency between phone and PC. If I look at today’s “universal apps” like Word, I read this as pretty much the same capabilities. Why not create the most amazing agent experience, leveraging all that compute, memory and storage in a PC? It’s a missed opportunity to do something amazing over and above what Siri and Google Now could ever do as they are limited to mobile and are bound to the latency of the cloud. Oh well.

More security than ever before

While most of the security improvements for Windows 10 will be the most attractive to businesses, there is one important feature of Windows 10 that will be good for consumers. The implementation of two factor authentication in Windows 10 will make the OS much more secure and less vulnerable to phishing attacks and remote access. The addition of a second factor of authentication means that in most cases a hacker will need physical access to a user’s PC in order to be able to log into their machine, which is important for all PC users, business or not. The big question is if OEMs will add the hardware security features to their platforms. For a few dollars, they could add technologies like Synaptics SecurePad and they should.

Windows 10 will have its own dedicated Xbox app that will be specifically for gaming on Windows 10. This finally bridges Microsoft’s Xbox gaming brand with the PC and may eventually end Microsoft’s hesitance to keep the Xbox and PC separate from each other. Right now, the Xbox App is mostly an informational application that allows users to tap into virtually everything that the Xbox One does outside of the games that it plays. But this functionality will also be enabled eventually via in-house streaming of Xbox One games to the PC. Also, the new Xbox app will provide a social landing zone for Windows PC, Windows phone and Xbox games, showing achievements and messages for all three platforms.

The Xbox streaming from is great, but many gamers may be more inclined to play on their PCs rather than Xbox Ones and would rather stream the other way. Obviously, there are tons of Xbox One gamers that will want to be able to play their Xbox One games all over the house on any PC, but that is a fairly niche application. If Microsoft were to enable bi-directional game streaming, then they would instantaneously reassert their dominance in the living room amid challenges from companies like Valve and their SteamOS and Steambox.

Either way, the integration of Xbox into Windows 10 is a good thing and will probably eventually end up with some indie games being available across all platforms. I genuinely expect that Microsoft’s cross-platform strategy will be applicable everywhere in order to encourage developers of both apps and games to invest their time on Windows 10.

Microsoft will very likely get Windows 8 mainstream consumers to upgrade to Window 10. Windows 10 will be talked about by pundits as much better than Windows 8 and Microsoft will distribute it as an easy update making it a no-brainer for most. I believe Windows 7 consumers should and will be a bit more cautious until they realize what their hardware experience will be. Microsoft is saying that it will work with Windows 7 hardware but that does not mean that every Windows 7 configuration will have a great Windows 8 experience. Oh and let’s not forget that the upgrade from both Windows 7 and 8 is free, and free is good.

As for spurring a new mainstream consumer wave of purchases, I think Intel’s SkyLake will do more to motivate purchases than any excitement around Windows 10.  This time though, Windows isn’t necessarily helping the situation, but it isn’t hurting it as I believe it did with Windows 8.

For consumers, Windows 10 is undoubtedly a better experience than Windows 7 and 8 for the reasons I have listed above. The missed opportunity, though, is that Windows 10 doesn’t enable new usage models for the desktop (not the form factor, but the environment). So this means that this will be arguably the second Microsoft desktop OS that doesn’t add new usage models to the desktop. Windows 8 added the capability for 2-in-1s and tablets but did nothing for new desktop use cases. And this happens at a time when Apple is very excited about the desktop experience. More on that in future columns and also Microsoft’s chances in smartphones.