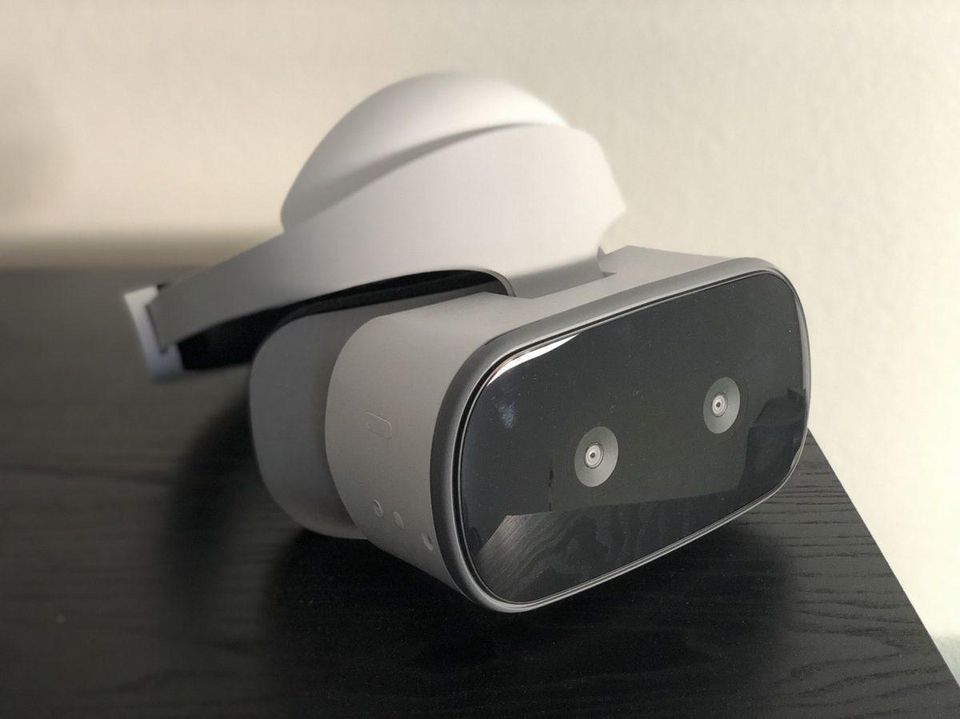 As the VR industry continues to grow, we’re seeing more and more standalone devices like the Oculus Go, HTC Vive Focus, Lenovo Mirage, and soon the Oculus Quest. I have spent a considerable amount of time with these standalone VR devices and believe that they represent the future of most VR usage. Qualcomm’s Snapdragon mobile chips, which were originally targeted towards smartphone slot-in VR solutions, have shifted toward standalone solutions. These new standalone solutions are increasing in performance and capability every year while also reducing the price and complexity of VR. We’re getting closer to the inflection point where VR becomes mainstream. Many people will get their first taste of the technology at location-based VR experiences like Spaces or The VOID, and want to bring VR into their homes. Operators will be instrumental in making this a reality (pun intended). Today, with some help from my colleague Will Townsend, I want to talk more about the operator role in the nascent VR industry.

Cable and wireless lines are blurring

Operators like Charter, Comcast , Verizon, AT&T, and others are all moving towards a converged world where wireline and wireless blur, but everyone is offering content delivery services in addition to internet connectivity. As many of these operators look towards deploying 5G and delivering new services like fixed wireless or a cable-like offering such as T-Mobile ’s recent acquisition of Layer3 TV, many of them are going to be looking at new use cases to utilize their new 5G networks. Video content today is primarily dominated by OTTs (such as Netflix and Amazon Prime) and pay TV operators, through their distribution networks which are currently wired DSL, cable, or fiber. VR is a new opportunity for all the operators, wireless and not, to rethink their content distribution models, monetization, and content offerings.

There is a broad diversity of formats that can be supported with VR. You can play back 2D, 3D, and 360-degree video formats in different types of scenarios. VR could allow someone to enjoy 4K content without having to carry around a 4K TV everywhere they go. While there aren’t currently any standalone VR headsets that have 4K displays, it could be as little as a year or two away. Additionally, VR headsets will soon have eye-tracking and  rendering which will allow content providers to serve ads to users and allow advertisers to see exactly what viewers are looking at and how they react to their advertisements and content.

With VR, you can repurpose 2D or 3D content and play it back in a living room-like or movie theater-like experience. This VR “movie theater” experience could be great for busy people who rarely have time to make it to an actual physical movie theater. The company Skylights is already utilizing its standalone Allosky VR headset to provide in-flight entertainment for first class passengers on select Alaska Airlines flights (read more here, if interested) and other airlines around the world.

There are already large content distributors offering broadcast quality VR content to users like Digital Domain and NextVR. Because live sports are still such a strong anchor for broadcast viewers, companies like NextVR are offering content like NBA games, popular soccer matches, boxing, and even live concerts by major artists. NextVR will really hit its stride when it starts offering unique avatar skins so users can “wear” their favorite NBA team’s jersey while spectating (a capability which NextVR says is on the way). NextVR offers a diverse set of content for pretty much every VR headset available today, so it already has an effective and broadly applicable platform.

Digital Domain was one of the first companies to support the VR industry and has quietly been working in the background to create custom VR content and VR delivery platforms. Digital Domain, like NextVR, is essentially an end-to-end content solution provider and can help any operator wanting to get into VR to build a custom content library that meets their needs.

Operators getting ahead of the curve

Some operators are already getting serious about the opportunities that VR presents for the future of their business. One example is Deutsche Telekom in Germany, which—in partnership with Digital Domain and Lenovo—launched its Magenta service last year on the Mirage Solo, Google Cardboard, Samsung Gear VR, and Zeiss VR ONE platforms. This is a rational decision on Deutsche Telekom’s part because it allows the company to reach virtually all smartphone users as well as people that want to use standalone VR headsets. In the U.S., DT sister company T-Mobile has also demonstrated some VR proof of concepts with Qualcomm on its Gigabit LTE service. Additionally, AT&T recently announced it will partner with Magic Leap in AR to enhance the content assets it acquired in the Time Warner  mega-merger with 5G. While this isn’t a VR application, both AR and VR are immersive technologies that bring more engagement with users and open the door for each other.

Long-term, however, operators will have to figure out what their customers want and how to deploy the business model best. Right now, some ideas for VR deployment include offering VR as a top-tier option, in which an operator can supply a VR headset for an extra amount per month on top of their current subscription plan—kind of like a set-top-box rental. Ultimately, many operators should test VR on their infrastructure now before 5G starts to pick up real steam and people start asking for cellular connectivity in their VR headsets. There’s a real possibility that operators could miss the opportunity that VR offers if companies like Facebook , Google, and Appledeploy their own content distribution for VR and AR, and capture the market the way Netflix did with streaming