Virtual Reality, also known as VR, is slowly becoming a popular topic of discussion among those in the technology and gaming industries. Much of this was kickstarted thanks to the funding and creation of the Oculus Rift Developer’s Kit 1 and its subsequent acquisition by Facebook. Since then, Facebook’s Oculus and VR as an industry have grown to include tech and game industry companies like Nokia, HTC, Samsung Electronics, Sony, and Valve. At Facebook’s Oculus Connect 2, the company’s developer conference, the company made a series of major announcements that attempt to position Oculus to be ready for their Q1 2016 launch. Since Oculus was acquired by Facebook over a year ago, the company has struggled to meet deadlines and has had to push the launch of the Oculus Rift VR headset into Q1 2016, where it currently remains now. This delay came after the company’s founder Palmer Luckey had initially said that it would be launching for the holiday 2015. However, since Facebook bought Oculus, the company has gone on a hiring binge and hired away people like Anna Sweet from competitor Valve and Mary Lou Jepsen from Google X. Facebook and Oculus still struggle to prepare Oculus as a company for the Rift’s consumer release which is coming in Q1 2016. 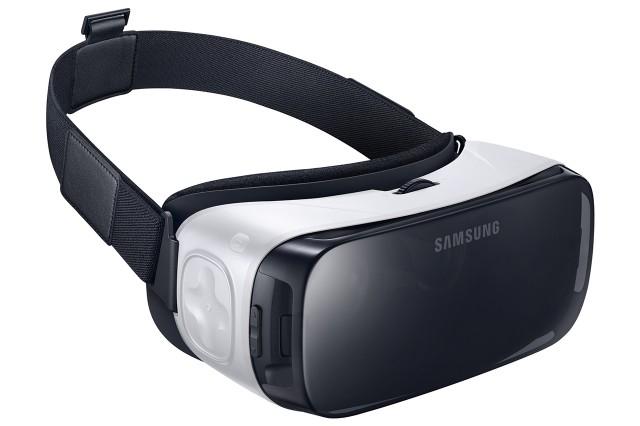 Even with the delays and added staff thanks to Facebook’s $2 billion acquisition, Oculus still looks like it is struggling to feel out the market. Recently at their June E3 event, Facebook’s Oculus announced a $10 million commitment to indie developers to help promote third-party content. This telegraphed to many in the industry that Facebook’s Oculus had a serious content problem and they didn’t know how to solve it. Oculus showed to the industry that they were worried that they might not have that killer app to really drive Oculus Rift sales into the numbers they needed. At that same event, Facebook’s Oculus announced a partnership with Microsoft to deliver VR to the Xbox One through the PC, but it really won’t be a true VR gaming experience, but more of a viewing experience.

At Oculus Connect 2, Facebook’s Mark Zuckerberg came on stage and gave a few words about why Facebook invested in Oculus and how the development of media is moving towards VR and how VR is “the next platform”. Mark Zuckerberg also said something that I agree with, but apparently many others are ignoring. It is one of the biggest potential threats to VR outside of the hardware and the software not being up to par. That is the overestimation of the VR market’s initial growth: too many reports are putting far too much pressure on the HMD (head mounted display) manufacturers to churn out unrealistic units for the sake of meeting industry projections.

Mark Zuckerberg, the man who made the call to invest $2 billion in VR (still the biggest investment to date) said, “Now this is going to grow slowly”. He then talked about how the first smartphones and other technologies did not ship tens of millions of units in the first year, but proved an idea and made it real. The fact that Oculus brought Mark Zuckerberg on stage to talk about the importance of VR and how things will move slowly should be an indication to many that most projections we are seeing are way too optimistic.

One of Oculus’ biggest problems is that they still don’t quite have an answer to multiple questions fundamental to their business. One of those questions is:what kind of a company do they want to be? Because right now, they make the hardware, the platform, and even the content with their Oculus Story Studio. We STILL don’t know the answer to one of the biggest questions: what will the Rift cost? They haven’t given exact price of the Rift other than the fact that Oculus is saying that the Rift and a compatible gaming PC will be $1,500.

We are finally starting to zero-in on the price with that target seeing as Oculus launched their Oculus Ready certification program for system builders. They currently only have two partners in Dell and ASUS, which is an entirely different point of concern about their lack of relationships with the system builders. They don’t have any boutique system builders on board other than Alienware, which is Dell’s gaming division and the only systems Dell sells that can meet Oculus’ recommended specs. Without well-built stable PCs that are designed for VR and Oculus Ready spec in mind, the company could see themselves struggling to deliver a consistent experience across all builders. Facebook’s Oculus stated that Oculus Ready systems will be available for under $1,000 by the time the Oculus Rift is available, which means that we could see the Rift selling for as much as $500. Oculus plans for a price of $300, but that’s likely a long term price goal or after they’ve gotten some serious unit numbers out the door.

Now, if you ignore the delays of the Rift and the fact that their wireless controller for the Rift, the Oculus Touch, won’t be shipping until Q2, the company still has a lot of work to do in terms of bringing on quality launch content and getting developers ready for a Q1 launch. Game development is a long process and Facebook’s Oculus is only on track to deliver their version 1.0 of their SDK in December of this year, only a few months before the Rift launches. The current version of the SDK, version 0.7 is the first version with Direct Driver Mode which uses NVIDIA‘s and Advanced Micro Devices direct-to-HMD driver technologies to reduce latency and improve performance. They did announce a few titles that will be coming to the Rift at the time of launch, like Edge of Nowhere, Eve: Valkyrie, andADR1FT which was recently delayed to align with the Rift’s consumer launch in Q1. But at Oculus Connect 2 they also announced that Microsoft’s Minecraft would be coming to Facebook’s Oculus Rift and that they would be launching an Oculus Arcade with classic games to help fill the content hole.

Some of Oculus’ strongest announcements actually came from their mobile partnership with Samsung Electronics in the Gear VR. The Gear VR has been iterating much more quickly than the Rift has and is poised to really hit the ground running 2-3 months before the Rift. This is because Samsung Electronics announced on stage at Oculus Connect 2 that they would be releasing a new version of the Gear VR that is compatible with all 2015 Galaxy smartphones including the S6, S6 Edge, S6 Edge Plus, and Note 5. In addition to finally supporting a majority of Samsung Electronics’ product lineup, the new Gear VR is 22% lighter than its predecessor which makes it less of a strain on the wearer and improved overall comfort. All of these improvements came along with a 50% price cut, which means that the Gear VR is now cheap enough to bundle and give away with phones for carriers looking for incentives to offer consumers. Additionally, it makes a great accessory for Samsung Electronics to sell to their phones that vastly improves functionality and utility.

Samsung Electronics has really positioned the Gear VR as a product that is ready for mainstream, and it may serve as a more ready product than the Rift. This readiness is further magnified by the fact that developers that are developing for the Galaxy line of smartphones for 2015 are essentially designing for one hardware platform seeing as all of Samsung Electronics’ 2015 high-end phones use the same resolution displays and SoCs. Facebook’s Oculus also announced that the Gear VR would be getting Netflix and Twitch apps, which are two huge places where people consume content other than in gaming. They also announced partnerships with Twenty-First Century Fox and Lions Gate Entertainment to provide movies for the Gear VR which further makes it a better content consumption platform.

So, is Facebook’s Oculus ready for prime time? The real answer is both yes and no. There is still a lot of work for VR to be done, but it looks like the Gear VR is in a much better place than the Rift is in terms of content and partnerships. From my experience, most demonstrations I’ve been shown on Facebook’s Oculus headsets have been in Gear VR or older headsets like the DK-2. And with the Gear VR being $99 while the Rift looks to be $500, most of the initial momentum and volume looks like it will be going to Samsung Electronics’ Gear VR partnership with Oculus. But the reality is that Facebook’s Oculus needs to be successful with the Rift as well as the Gear VR to genuinely deliver a strong message that they are indeed doing well in VR.