Facebook acquired Oculus for $2 billion in 2014 and since has increased their influence over the company. Facebook’s own experience with hardware is limited; buying a hardware player like Oculus has proven to be more difficult than the company expected. While Oculus experienced growth pains earlier this year, Facebook made it abundantly clear at OC3 this year that they have much bigger plans for Oculus and VR as an industry. While Oculus is a strong brand among gamers and people that know about VR; those that don’t know VR have no knowledge of the Oculus brand or what it does. 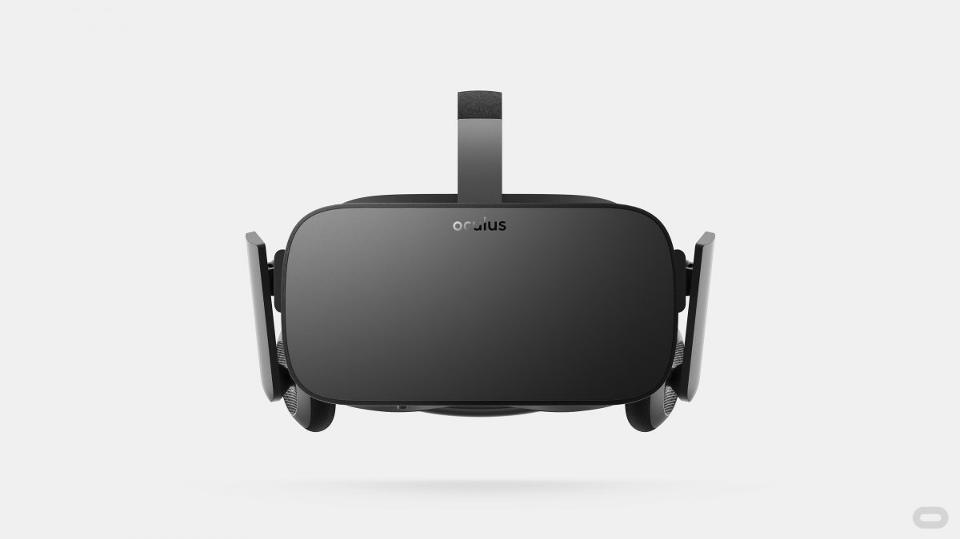 Facebook has a globally recognizable brand, and calling something Facebook VR makes a lot of sense. Facebook’s ultimate plan is to make Oculus’ technology and VR available to as many people as possible. This has been Mark Zuckerberg’s plan since he acquired Oculus and continues to be the primary goal of the company’s VR vision. This is why we recently saw Oculus partner with Cyberpower and Advanced Micro Devices (AMD) to deliver a $999 PC and VR headset bundle, which brings the cost of acquisition of a VR system from $1600 to $999 in a very short period of time. However, this is still higher than Sony PlayStation’s $800 and Samsung Electronics GearVR’s $749 with obvious differences in quality and immersion between the three.

The focus on ‘from Facebook’ was not lost on some people and started to make people question how long it would be until we started to only see Facebook branding. Recently in my own travels I noticed something at JFK airport terminal 8: a small area right before you go down to the baggage claim filled with people wearing blue and lots of Facebook branding. Facebook is offering these in 28 cities using Samsung’s GearVR powered by Facebook’s Oculus in partnerships with American Airlines and Westfield. These went up right before Thanksgiving and are expected to be in airports and malls throughout the holidays. A friend of mine also saw a similar setup at a Westfield mall and noticed the lack of Oculus branding and heavy Facebook branding as well.

If Facebook wants to make VR accessible to the masses, they are going to have to push their own brand over Oculus. It’s inevitable. People are more likely to try Facebook VR than Oculus VR and trust it too. I just think that Facebook has been too scared of eroding the Facebook brand if the VR experiences weren’t good enough. Now, I think, they believe that they can get enough people excited about VR with their pop-up stores and possibly get them to consider an Oculus Rift or GearVR.

Last year Facebook launched GearVR with Samsung to consumers right before Thanksgiving and didn’t really do much promotion until the Samsung Galaxy S7 launched. Samsung did a lot of bundling and sold millions of headsets along with their phones. However, at this point, Facebook needs to help provide the awareness and content to drive more people towards VR, be it a GearVR or Oculus Rift. Therefore, I think Facebook is putting up these pop-up stores and doing it in a way that showcases the Facebook brand so that people are more likely to go in and try VR. This conquers one of the biggest barriers to VR’s success which is people not having tried it before. However, it also presents the potential idea that people might not like the experience due to the lower resolution and slower tracking and swear off VR. Optimally, having people try Oculus Rift would be the best for Facebook, but that is cost and logistically difficult and won’t be the kind of VR most people will buy.

Furthermore, Facebook just announced that Brendan Iribe is no longer the CEO of Oculus. While this announcement comes as a little surprise considering all the things that have been transpiring over the last year, it makes sense that Facebook would do this. People like Zuckerberg have already been making many of the big calls a CEO would make, and having Brendan as CEO of Oculus just added another layer of bureaucracy. Facebook is also making a deliberate split between the PC and VR teams which kind of already existed, but now exist within the Facebook organization. There is an obvious amount of overlap between the two, but they both deal with different problems and having separate teams has always made sense. The issue will be whether the company can be successful on both platforms and harness the different benefits of each platform to support the other.

For Facebook to be successful in VR they must continue to push themselves and their brand stronger. They also should continue to invest in quality content, which they have been, and are continuing to commit to. Facebook has made some significant strides for the better in terms of their VR strategy and it appears that these pop-up experiences are the next phase of the company’s strategy to expose VR to as many people as possible. It will be interesting to see what Facebook does next year now that they’ve launched their headset and second generation of GearVR with Samsung. They are going to have to continue to strengthen the brand, improve the content and experience without hurting accessibility.