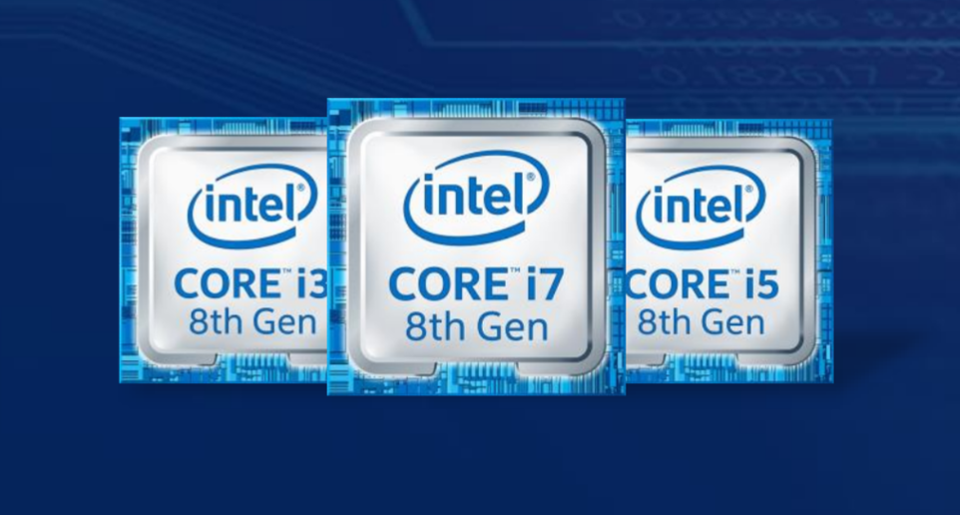 Intel continues to be the market share leader in the Windows PC CPU space with their Intel Core branded processors, and today the company has lifted the veil on their latest generation 8th Generation Core. Intel traditionally launches their latest generation of Core processors in the fall to coincide with the holiday shopping season, but this year the company has moved that timing up coinciding with the end of the back-to-school system. This may likely be because, for the first time in a very long time, Intel is getting real competition from all fronts. With the 8th Generation Core processors, Intel is continuing down their innovation path but also appears to be Intel’s way of addressing challengers in the market.

With the new 8th Generation Intel Core processors, Intel is first launching U-Series Core i5 and Core i7 processors and following later with the desktop in the fall and even more platforms like workstation, enthusiast, and commercial after that. Intel also recently introduced the Core i9 line of processors for workstations, but those do not fall into the mobile market as these processors do. Intel’s first 8th Generation Core processors are more focused on the mobile market with thin and light notebooks and 2-in-1 convertible notebooks. This where the “meat” of the notebook market is, today, and I like where they started.

Focusing first on 15-watt notebooks, the meat of the market

The company’s first 8th Generation Core processors are 15-watt parts, shifting from the fanless 7.5-watt parts where they are getting pressure from ARM Holdings, Qualcomm, and Apple. The 15-watt processors are where most the major performance gains will be, including a boost of up to 40% over the previous generation 7th Gen processors:

Intel’s 15-watt mobile parts now have four cores instead of just two. The impacts of adding more cores without doing a process node shrink could include an increase in price, a reduction in margin or costs being cut elsewhere to compensate for increased costs. We do not know which way Intel will go, but Intel did raise their MSRP. However, those are fantasy prices and heavily discounted.

I believe the new 8th Gen Core processors will see an increased uptake of new technologies like Windows Hello, Thunderbolt 3 and USB Type-C. This increase is a good thing because these are all technologies that help to improve the PC platform user experience and differentiate the PC from a phone and tablet. I’m very interested in trying out Intel Online Connect. 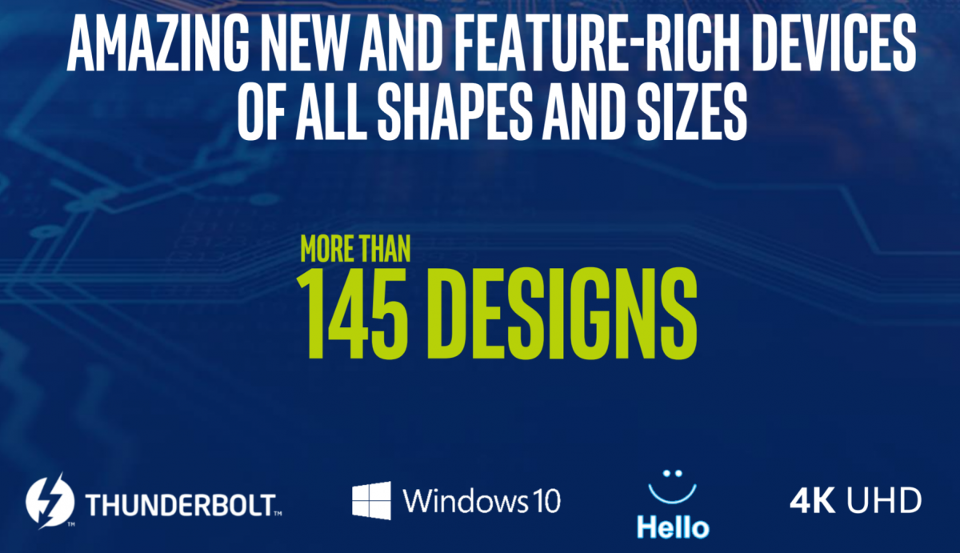 It hard for me to use a PC without all these features, but then again, I like premium notebooks. Windows Hello lets me log in without a password. Today, Thunderbolt 3 over USB-C lets me easily connect very thin laptops to external hubs (5xUSB, RJ45, USB-C, VGA, HDMI, and DisplayPort) and also monitors and receive power from them. I will soon be jumping into external graphics subsystems.  If you have not used these three technologies, I recommend you try it out.

I was also glad to see Intel has also put a renewed focus on content creation and consumption with their 8thGeneration Core processors. Having more cores to enable these use is a major plus. Intel claims that their new 8thGen Core processors can edit photos in Adobe Lightroom 28% faster than the previous generation 15-watt 7th Gen Core and 2.3x faster than a 5-year-old system. Intel also says it can create 4K videos 14.7x faster than a 5-year old comparable system with the help of Intel QuickSync. I am looking forward to testing this out when I can get my hands on 8th Gen systems.

Speaking of 4K, the new 8th Generation processors also support streaming of 4K content from Netflix, Sony Ultra, FunBox UHD and iQiyi and soon will add Amazon Prime Video and Vudu. Even though Intel is not changing the GPU from the 7th Gen to the 8th Gen, the new 8th Gen Core processors will still support Microsoft’s ‘Mixed Reality’ VR platform. I would expect the VR experiences possible with an HD 620 graphics processor are going to be graphically limited. However, with Thunderbolt 3 external graphics boxes becoming more popular, it could be easy to run VR through that.

In addition to multimedia, Intel is also touting about a 40% improvement in office productivity and multitasking on the 8th Generation Core processors versus 7th Gen. This is all while also claiming to improve energy efficiency with ‘uncompromised’ battery life with up to 10 hours of battery life. While battery life figures are always murky territory, there is some truth in saying that performing more tasks more quickly can result in better battery life. We just won’t know until these processors start to ship in ultrathin notebooks and convertible 2-in-1s in September.

There will be many 8th Generation Core processors hitting the market in the coming months, in addition to these U-Series 15-watt parts. I expect these new processors will continue to elevate the PC experience for consumers in a way that will continue to blur the lines between desktop and notebook performance and add convenience features of a smartphone. AMD will introduce its new Zen and Vega-based “Raven Ridge” notebook APU and will do battle with the 8th Gen U-series at the very end of 2017, but likely won’t be a factor until the first quarter of 2018.

There are still other processors in Intel’s lineup that are waiting to be released, namely their more power conscious 7.5-watt processors. Those processors are likely what we will see doing battle with Qualcomm’s Snapdragon 835 for Windows always-connected notebooks. The 8th Gen Core processors seem to be doing a good job of moving the goal posts outward for their competitors, creating an even more competitive atmosphere.

I am looking forward to trying out how these new Intel 8thGen processors and the devices they ship in will improve the user experience and how they compare to the previous generation and the competition.