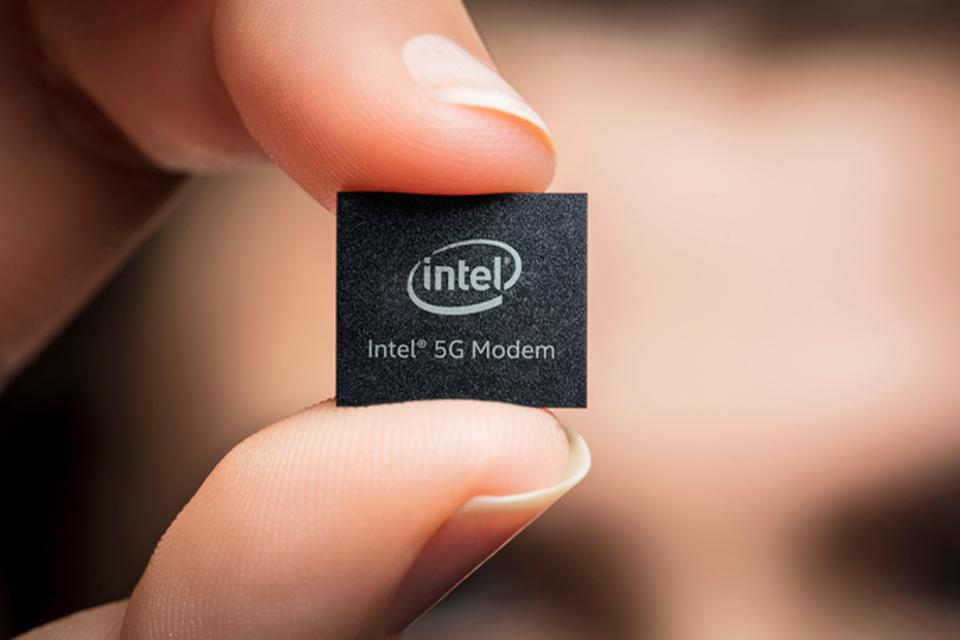 Intel is no stranger when it comes to upcoming 5G network transformation, devices and modems that will run on them and the data centers that crunch all the data. In fact, Intel is one only company that can tout an ‘end-to-end’ 5G strategy that encompasses virtually every crucial part of the 5G ecosystem. That’s why you hear Intel talking so much about the promise and potential about 5G. Intel has been driving 5G very hard this year with numerous announcements throughout the course of the year starting at CES with the announcement of their first 5G modem and the continued updates to their RF and modem holdings. LTE is still very relevant and will be for the foreseeable future especially as it helps fill the expected coverage gaps of early 5G networks. Intel also talked this year about their 4G LTE modems and new models like the XMM 7560 that will finally bring CDMA support among other features. Lest we forget that Intel is in around half of Apple’s iPhones, a big win.

Intel has not been resting on their laurels with the announcements they’ve made this year. The company is continuing to progress when it comes to 4G and 5G connectivity with a slew of announcements today that reaffirm the company’s commitment to 5G. While many of these products are expected in 2018 and 2019, the company has committed to them with aggressive timelines that seem to be competitive with the prime players. The first product Intel is announcing is their new XMM 8060 modem which is part of the company’s first 5G family of modems. 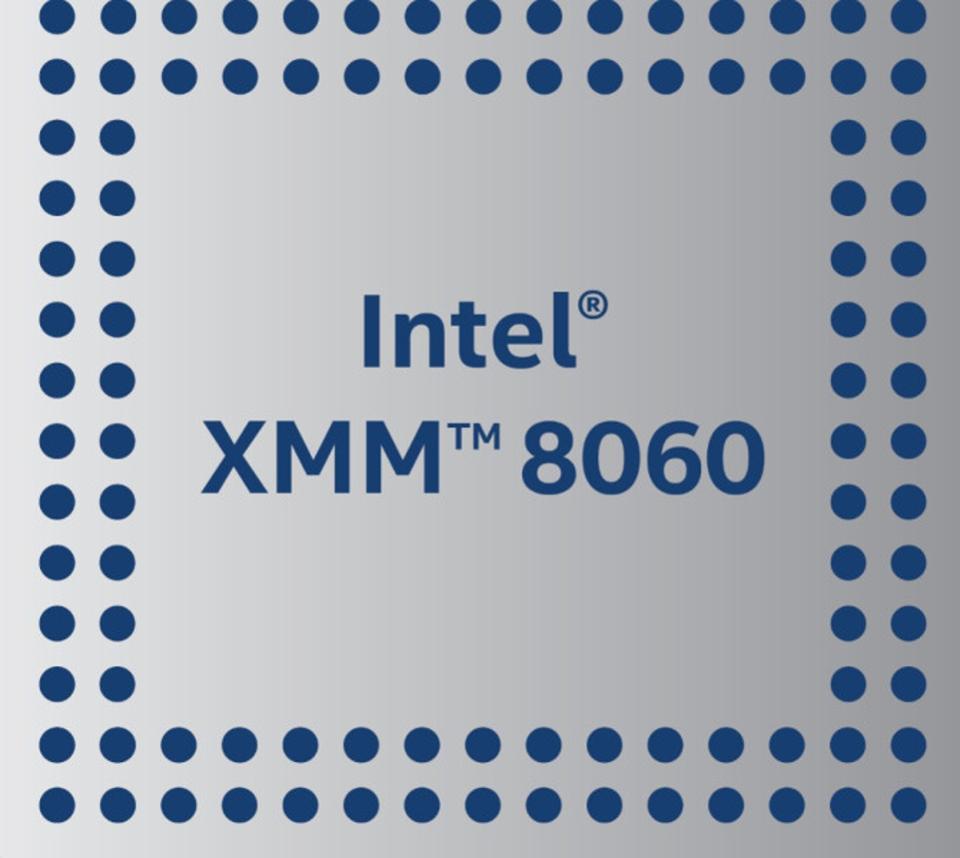 The XMM 8000 series is Intel’s upcoming 5G commercial modem family which incorporates the XMM 8060. This hierarchy makes sense because the company’s 4G LTE modems are in the 7000 series. This modem is capable of multi-mode capability which includes both supporting Standalone (SA) 5G NR and non-Standalone (NSA) 5G NR. Additionally, it supports 5G NR, 4G, 3G and 2G and yes, that includes CDMA as well. It also supports both sub-6GHz and mmWave spectrum, which means that a single modem can operate both types of radio and RF front-end. Intel says this modem will be commercially available in customer devices shipping in mid-2019. This would align with the expectation of early 5G NR network deployments in 2019 and would mean that Intel should be ready for those launches. The big shocker Intel says that the XMM 8060 will be utilized in all form factors including smartphones, but won’t comment on any performance or power numbers.

In addition to their commercial XMM 8060, Intel is also making progress with their early 5G silicon codenamed Gold Ridge that was originally announced at the beginning of this year. Intel has been testing the silicon over the last few months, meaning that they already have working silicon of this earlier modem design. One of the things that Intel was able to accomplish with the Gold Ridge modem was to successfully make 5G calls over 28 GHz spectrum. This will be crucial for anyone wanting to deploy 5G in the next few years as many global deployments of 5G in the mmWave spectrum are going to be in the 28 GHz and 39 GHz bands. 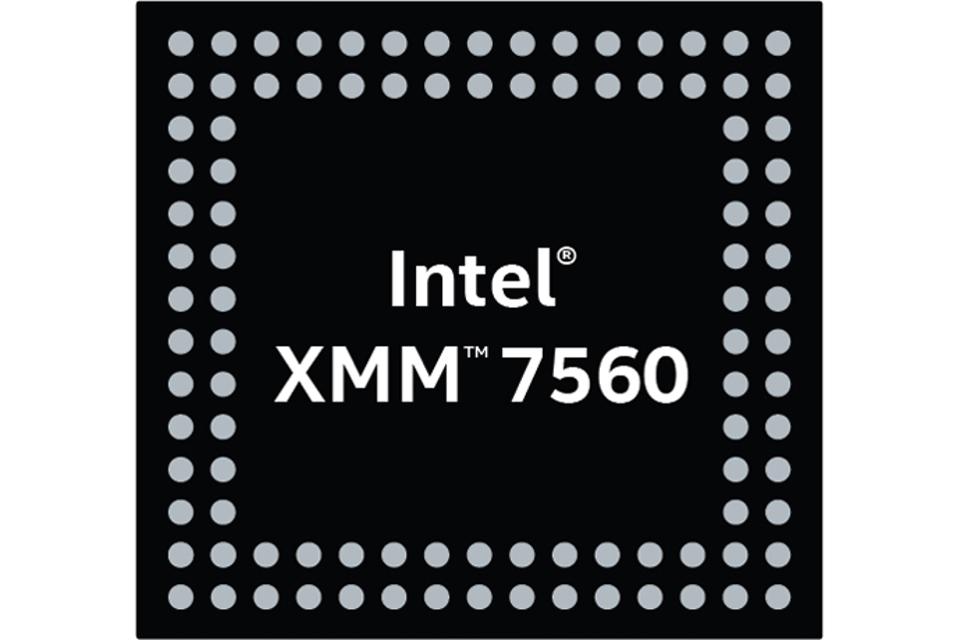 In addition to their 5G modems, Intel is also giving updates on their upcoming LTE modems and introducing new ones as well. Intel’s current LTE modem shipping in devices is the XMM 7480 which is in the iPhone 8 and iPhone X. However, this modem lacks one key feature that prevents it from being a ‘global’ modem and that is the ability to support CDMA. That is being remedied with the already announced XMM 7560 modem which according to Intel is capable of gigabit-class speeds. Intel says that the modem is already reaching gigabit-class speeds today. Intel didn’t clarify how many carriers this required to accomplish gigabit-class speeds, but we know that the XMM 7560 supports up to 5x carrier aggregation and supports LAA (License Assisted Access) which is unlicensed spectrum paired with a licensed anchor. The XMM 7560 is Intel’s first modem to support CDMA since they started making their own modems after acquiring Infineon’s modem business back in 2011. Intel didn’t have the IP parts to do CDMA until 2015 when they acquired VIA’s telecom assets. So, 3 years after acquiring the IP Intel will finally have their first global modem with CDMA capability. This could be very interesting for next year as it would mean that Apple could theoretically solely go with an Intel modem in all their devices. We’ll see if that ends up being the case next year or not.

Intel isn’t done with LTE yet. Intel has a new XMM 7660 modem which is designed to follow the 7560 with even more performance. The new XMM 7660 is Intel’s modem capable of support for LTE Cat. 19 which is designed to have a maximum throughput of 1.6 Gbps. Intel claims that they’re able to accomplish this with a minimum of four carriers but the modem supports up to 8x carrier aggregation. However, we don’t know if it’s possible to find a market anywhere in the world capable of delivering enough spectrum to reach 1.6 Gbps. 1Gbps or Gigabit-class LTE is already hard to achieve today without LAA but might be more possible with LAA deployments. However, with a 1.6 Gbps Cat. 19 modem Intel can claim they’ve announced a modem that’s faster on paper than what Qualcomm has announced with the X20 and its 1.2 Gbps Cat. 18 LTE. Intel says that the XMM 7660 is expected to be commercially available in devices that will ship sometime in 2019. However, that is a year or more after Qualcomm says they will deliver their X20 modem (1H18), which means we could likely see a different competitive LTE modem from Qualcomm in 2019.

Intel has quite a few different modems in their upcoming roadmap and by the looks of what we’ve seen so far, Intel has presented a pretty clear and competitive set of offerings. However, as we know, spec sheets do not tell the whole story and RF front-ends and other components of the wireless subsystems impact real performance. Not all modems are going to perform the same even with the same theoretical performance numbers. So, until Intel brings these new modems to market we can’t tell how close to theoretical performance Intel can deliver. This is the same case as Qualcomm, but Qualcomm has already fielded a mmWave 5G phone reference design with tens of millions of phones connected to Gigabit LTE networks today. We also have to factor in that Intel currently has one major customer for their modem division and Intel’s modem performance will also depend on how their customers design around Intel’s modem. Nevertheless, Intel is showing us that they can keep up and that the next two years will continue to be very interesting. The proof is always in the pudding and once we see more products with Intel modems we’ll be able to assess the real impact of these new modems on the market. So far, the 7360 and 7480 have proven that Intel can deliver a working product that their customer is happy with and hopefully we’ll see more of the same from them with the XMM 8060 and 7660.

Folks, I think we have a horse race.