Every year in June in Taipei, Taiwan, there’s a huge computer hardware show and expo called “Computex” which Intel has attended for decades. Computex has traditionally been where Intel makes major announcements and holds press conferences for those announcements, and in fact, Intel was one of the first companies to attend Computex, which began in 1981. This year, like clockwork, Intel held a press conference where Intel SVP and GM of Client Computing, Kirk Skaugen, talked about how the company now believes that they are much of a communications company as they are a computing company and how they are continuing to reinvent the PC. Intel is trying to make the PC more exciting again and doing a good job at it with new interfaces, improved connectivity and better performance all to accomplish an improved user experience. I’d like to share some of my takeaways from Intel’s Computex 2015 experience.

Intel’s push over the past few years has been to reinvent the way that consumers interface with their PC and they continued to talk about new ways that people can interface with their computers. These include the use of voice and their RealSense camera to allow for gesture-based control of a PC as well as capturing 3D models directly into a PC. They also talked about the abandoning of passwords through methods like fingerprint sensors and facial recognition as well as 2nd factor authentication via mobile device. They once again talked about wireless charging and the user experiences that wireless charging brings and removes the need for power cables. I wrote a lot about SkyLake here. Intel isn’t entirely abandoning cables as they also announced a new version of Thunderbolt at Computex. 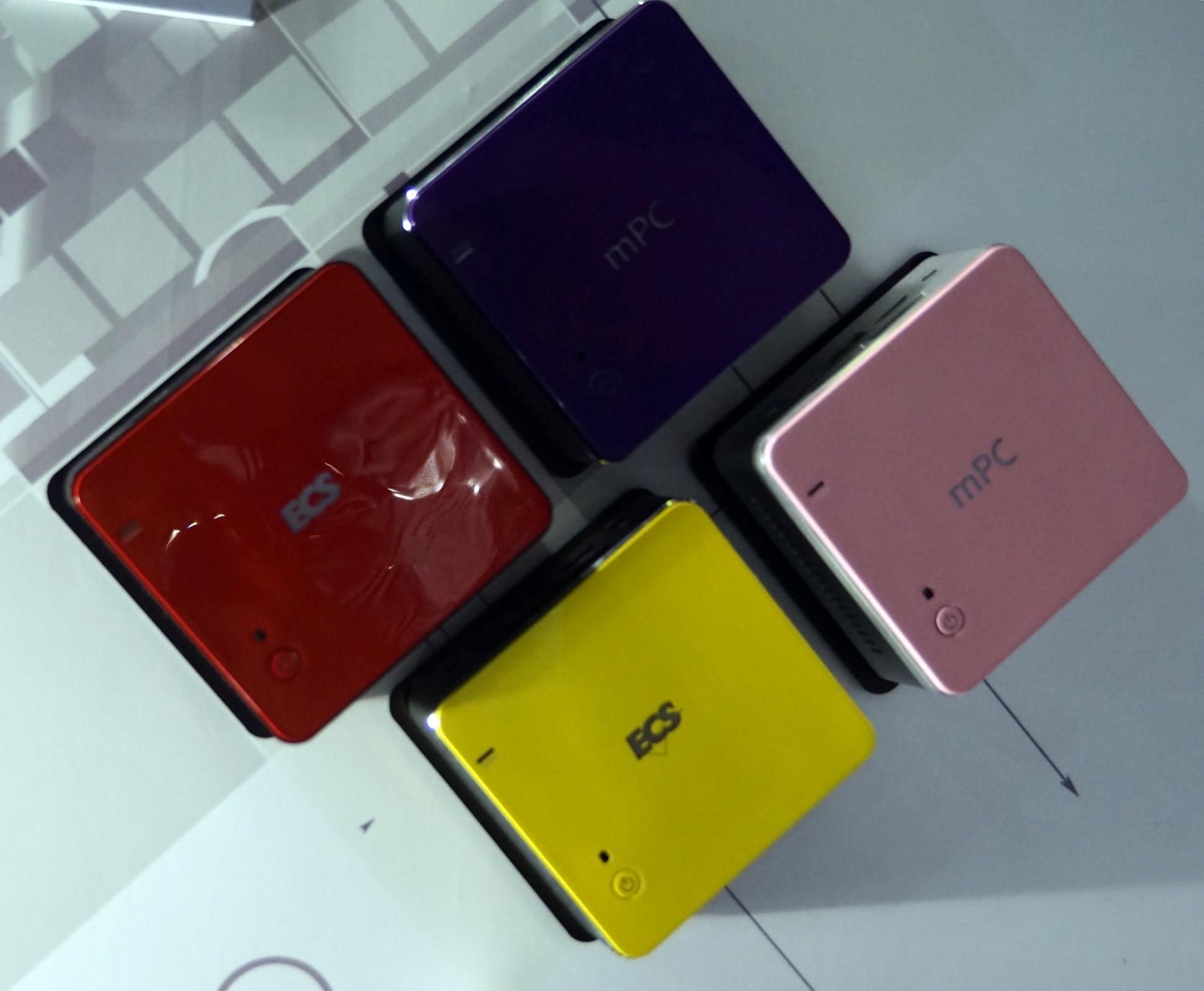 Intel achieved this feat by switching to the new USB Type-C connector and using their latest generation of Thunderbolt silicon. This switch to USB Type-C also makes Thunderbolt more attractive to use in the long term as it supports up to 100W of charging while also supporting uncompressed dual 4K video. And because it is a USB Type-C connector, Intel is able to not only support Thunderbolt, but they are simultaneously supporting USB, DisplayPort and 10GigE as well, making it a very versatile cabling standard. 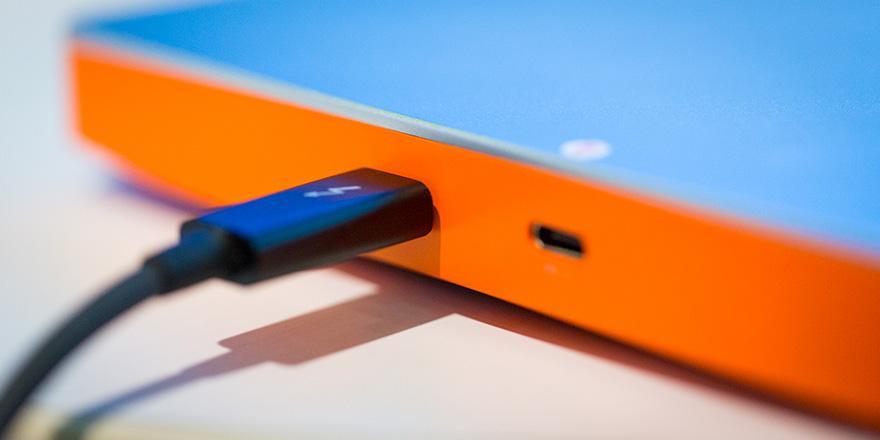 There is a good chance that Thunderbolt 3 may gain increased adoption due to the increased functionality like enabling external GPU hot plugging, which has traditionally been very difficult to do and has generally required proprietary connectors. However, it does remain to be seen if Thunderbolt 3 will gain any more traction in the market than its predecessors did, as the prices of cables and implementing it board-side is still higher than just running USB Type-C. These new use cases are very likely to encourage users to upgrade to devices with USB Type-C capability at the very least and for the truly powerful experiences with 4K and hot pluggable GPUs, they will be drawn towards new Thunderbolt 3 enabled systems.

In addition to the obvious Thunderbolt 3 capabilities of faster data transfers between let’s say storage devices, I’m most excited about the different and unique partitioning it could enable for devices. Imagining having a desktop-level graphics you could plug into a thin and light notebook. I could even imagine a tablet with the technology in the future that could connect into and work with a large compute unit at the house.

Still about computing, but with new form factors

Intel talked about new form factors for the PC like the NUC, Compute Stickand All-in-ones powered by the newest Braswell mobile SoCs and Broadwell CPUs. In fact, Kirk Skaugen stated that these new smaller PC form factors are the fastest growing desktop PC segment and that their goal is eventually make them as powerful as a regular desktop PC. While walking the Computex floor we saw some really interesting computing concepts from companies like ECS which have fully embraced Intel’s newest form factor ambitions and have multiple small form factor systems. These include their own Compute Sticks, smaller versions of the NUC and even some 2-in-1 tablets. 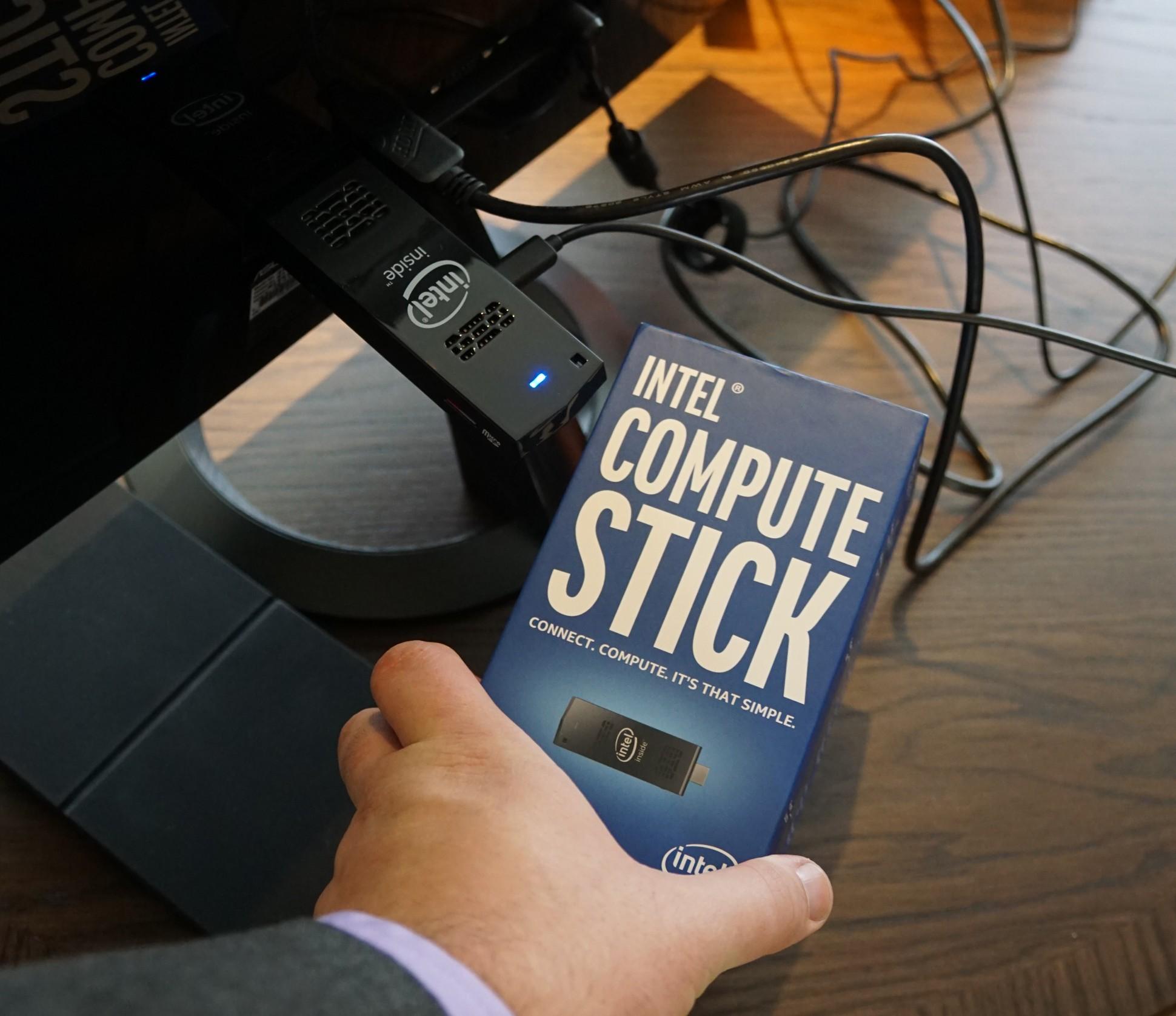 Intel’s vision for the PC is all about user experiences and how they can transform the platform to improve the overall experience. Intel is finding ways to keep the PC platform fresh with new interfaces like Thunderbolt 3 over USB Type-C and newer, thinner and lighter, form factors. Intel has done a lot of work stirring up excitement around Skylake and the extremely sleek reference platforms that they showed at Computex have gotten a lot of people very excited about Skylake and the future platforms.

The second half of this year should be more interesting for Intel as they will be launching their new core processors on Microsoft’s new Windows 10 OS. It will help Intel move ahead with their security and user interface story, which I strongly believe could boost PC hardware sales.  Now all the industry needs are more believers about what could be the most exciting holiday selling season in recent history. But that’s for another column.