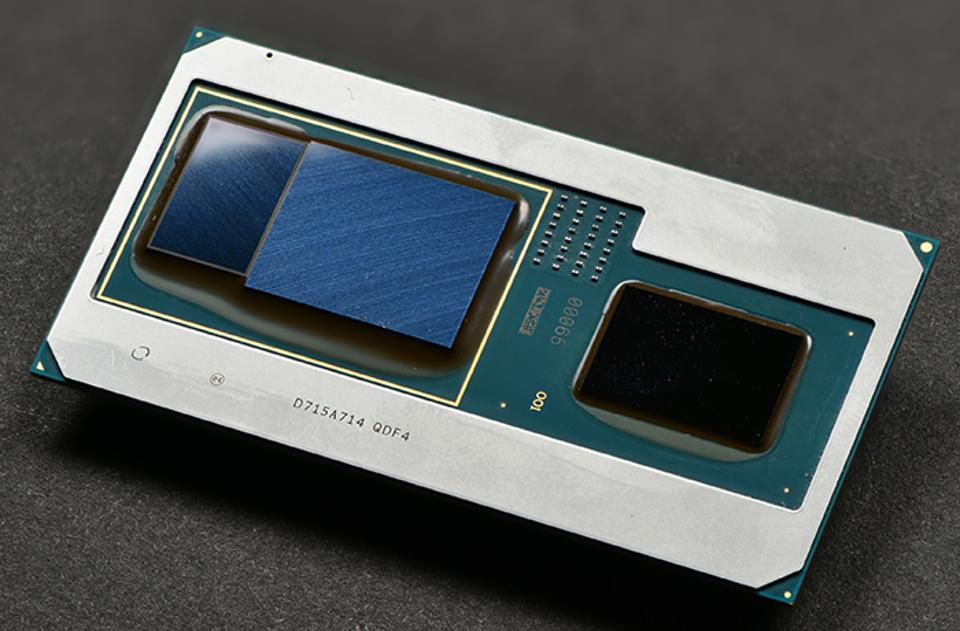 Intel and AMD have been competitors for a very long time. But times have changed and AMD and Intel are now working together on something that truthfully helps both companies. That product is Kaby Lake G also known as Intel 8th Gen Core with Radeon RX Vega M graphics. This product serves a very specific purpose in that it offers the best in CPU and GPU performance in a very thin and light form factor.

Because Intel is combining their fastest CPU with AMD’s fastest mobile GPU with some special customizations for efficiency users end up getting the best possible product. Two major PC vendors are helping to harness the power of this new partnership in their newest products being shown at CES 2018.

Kaby Lake G is possible because AMD doesn’t particularly offer a CPU that can perform as well as Intel’s fastest 8th Gen processor and Intel doesn’t have a GPU that can perform as well as the Radeon RX Vega. Intel is offering this processor in five different SKUs ranging from the i7-8809G which is the fastest 4.2 GHz CPU all the way to the i5-8350G which clocks in at 3.8 GHz with all of them sporting 4 cores and 8 threads. The faster Kaby Lake G processors with Radeon RX Vega graphics also have varying GPU clocks and compute unit counts starting at 24 compute units and a boost clock of up to 1190 MHz to 20 compute units and 1011 MHz. All versions of Kaby Lake G feature 4GB of HBM2 cache for the custom Radeon RX Vega graphics component of the Kaby Lake G processor.

Intel worked with AMD to build semi-custom GPU for their Intel Kaby Lake G processor which helps to significantly reduce the size of the motherboard design and power consumption. Intel’s own EMIB technology helps to make this possible by creating a high-speed bandwidth connection between the HBM memory and AMD GPU. Intel also connected the Kaby Lake CPU with the AMD GPU with an x8 PCIe 3.0 data link. Because of all of the optimizations and tight integrations between the CPU, GPU and GPU memory, Intel has implemented dynamic power sharing that delivers the same performance at 17.5W less power.

The Intel 8th Gen Core processor with Radeon RX Vega M graphics will have enough performance to meet both Oculus Rift and Microsoft Mixed Reality performance requirements. This means bringing VR to an even broader audience and doing so in a sleeker and slimmer form factor than ever before. The GL configuration is going be the one found in laptops with a TDP of 65W while the GH configuration has a slightly faster CPU and GPU configuration and a TDP of 100W. The GH configuration could be found in devices like next-generation desktops or a new generation of the Intel NUC. Intel is calling this the Intel NUC 8 Enthusiast which takes up very little space but is able to pack the punch of a desktop. When you combine all the different variants, there are 5 different versions of “Kaby Lake G” Intel 8th Gen Core processors with Radeon RX Vega M.

All these versions’ software will be managed by Intel in a partnership with AMD to deliver all of the benefits of a Radeon and Intel GPU. Intel will do this by providing their own version of the Radeon Adrenalin Edition drivers paired with their XTU and Radeon Wattman programs. Intel is also working with AMD to deliver day zero game drivers, which are important for both companies if they want to deliver a real competitive gaming product to compete with NVIDIA.

Systems based on Intel 8th Gen Core with Radeon RX Vega M will be available this spring with major partners making announcements soon at CES. We will be covering those as well. From my own perspective, this is a great product that allows Intel and AMD to make a real attempt to compete with NVIDIA at the high-end. NVIDIA has owned the high-end of the mobile discrete graphics market and competition is a good thing for the market. I believe that we will probably see a response from NVIDIA, but it will be difficult for NVIDIA to accomplish the size reductions and efficiency of having everything in one chip like Intel has successfully accomplished. I can’t wait to see what companies end up doing with this new platform at the high-end because I think it has more legs than just sleek laptops and new NUCs.