I spent this week at the 2014 Mobile World Congress in Barcelona, Spain. As is usual, I was on the lookout for new or disruptive mobile devices, technologies, usage models, software, and services. What I want to talk about in this column are mobile application processors and modems. If you are following this space in mobile, you know there is a fierce fight going on between Qualcomm, Intel and MediaTek for the hearts minds of handset makers, channel partners, carriers and even consumers. Many times, the handsets and tablets shown in the booth represents the biggest and best design wins, and those can represent the kind of business they will be getting. Talking about what is shown at a trade show is not an infallible method because many OEMs don’t allow the vendors to share the information, but it is better than nothing.

I walked around to the Intel, MediaTek, and Qualcomm booths and cataloged the different mobile designs they were showing off. There were some definitive patterns that arise from all three vendors.

Here is what I saw: 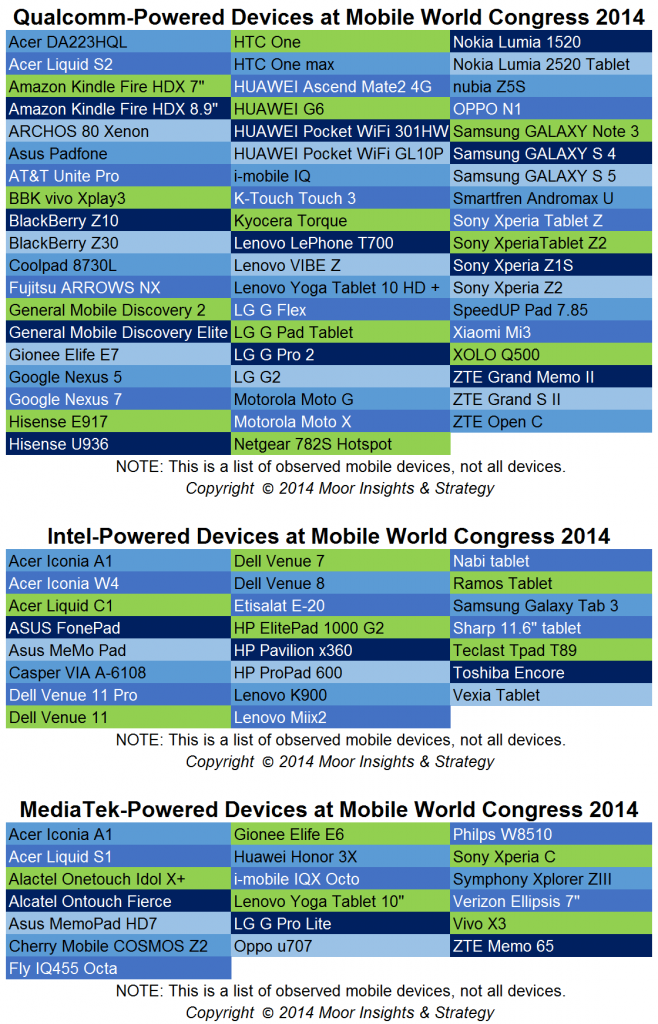 I wrote a little more in depth at Forbes.