I have been reading various reports and re-reports on Intel’s supposed 8 week slip of Ivy Bridge products.  I was a PC OEM for 9 years and at AMD for 11 years and the reports just didn’t add up to me. So I reached out to my industry ecosystem contacts and Intel and confirmed my suspicions.  The industry really needs to calm down. Ivy Bridge is just fine.

What Is Ivy Bridge?

“Ivy Bridge” is the codename for Intel’s latest and greatest “tick” (versus “tock”) in their product roadmap.  Ivy Bridge includes manufacturing and subsystem improvements.  It is a “shrink” from 32nm to 22nm and includes a revolutionary, Tri-Gate 3D transistor which equates to more die per wafer meaning lower costs, and provides lower power requirements and faster system response times.  Intel is claiming that 22nm will double the performance per watt or take half the power at the same level of performance. 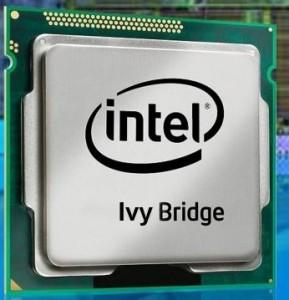 gaming and adding better video re-coding capabilities, new I/O including USB-3, new security and power management features.  Intel will productize Ivy Bridge into specific desktops, notebooks, server and embedded designs through derivatives with different power, frequency, feature and manufacturing packages like they did with the previous “Sandy Bridge”- based designs.  At its core, Ivy Bridge still uses the same “Sandy Bridge” architecture but this is a very involved comprehensive and design change. It is a lot of work.

Last week, I reached out to my industry contacts en masse and heard consistently that Ivy Bridge had some short delays and that where OEMs needed it, namely for next generation Ultrabooks, would be fine for hitting the back to school selling season.  To hit a back to school selling season comfortably, PC OEMs need system channel fill by July and according to my contacts, this will be just fine.  Even if there were timing issues which I don’t think is the case, OEMs and retailers have levers to pull like air shipment and direct retailer shipment to remove weeks of time.

I reached out to Intel this morning and received the same feedback.  Jon Carvill, at Intel Media Relations, reiterated via email that the reports of an eight week delay were inaccurate and that the schedule had only been impacted a few weeks.  He went on to say that they were on track with their launch guidance to be in-market for spring and they expected to ship 50% more units of Ivy Bridge in the first two quarter of production as compared to Sandy Bridge parts.

So Intel and my industry ecosystem contacts are aligned here.  Ivy Bridge systems will hit the back to school selling season.  Now please calm down and move along.